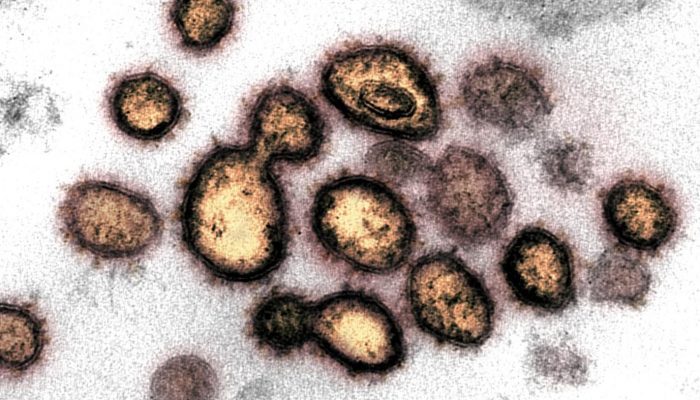 You’re reading a Quartz member-exclusive story, available to all readers for a limited time.
To unlock access to all of Quartz, visit our membership page.

Scientists only became aware of SARS-CoV-2, the novel coronavirus that causes Covid-19, late last year. Most of our immune systems, meanwhile, have still never heard of it. For now, the millions of people who have been infected with the novel coronavirus have to rely on their bodies—rather than a vaccine or targeted medication—to fight off the virus.

The good news: Evolution designed the immune system to do just that. The bad news: Its response isn’t always predictable. The immune system is complex in its own right, and it varies tremendously from person to person. This makes it hard to know how and when to intervene when it’s overwhelmed.

In order to slow the spread of Covid-19, it will be crucial to understand exactly how the immune system tackles the disease.

Scientists have the basics of the immune system down pat. With any new viral infection, the body first deploys T cells, called CD4 and CD8, which find and kill infected cells. After about a week, the adaptive immune system kicks in, using B cells to make antibodies that can flag sick cells for annihilation even faster. Those antibodies stick around after an infection is over in case of a future invasion.

That general framework can help us understand a common feature of Covid-19. A lot of people with Covid-19 have gotten sick in two waves: First, they felt tired and fatigued, but then they seem to bounce back. “Basically, your T-cells kick in so people start feeling better,” says Juanita Mora, an immunologist practicing in Chicago and a volunteer medical spokesperson with the American Lung Association.

That brief recovery can provide a false sense of security. T-cells may be able to keep the virus at bay for a while, but if the infection persists, the body will need to make more—even if the specific antibodies are ready for action. When this happens, the immune system will unleash its version of a body slam: a cytokine storm, named for the chemical signals that kick-start a fever to kill off the virus. But all that heat and inflammation can be tough on vital organs, too, which can lead to especially severe reactions in people with underlying health conditions.

For all we know about this immune response, there’s a lot that we still don’t. We don’t know how well T cells can do their jobs (age tends to make them sloppier), or when they’ll deplete during an infection. We also don’t know when exactly B cells will get SARS-CoV-2-specific antibodies ready to go, what level of antibodies might provoke a severe immune reaction, and how long they’ll stick around in a meaningful way to fight future infections.

Knowing those details will be critical for designing the right tools to help us manage the spread and the death toll of Covid-19: tests, treatments, and vaccines. Below, we get into the immune system science guiding their design so far—and what other knowledge is needed to perfect each part of the anti-coronavirus arsenal.

One of the first ways scientists can begin to understand the immune response to SARS-CoV-2 is through serology testing, blood tests that look for the telltale antibodies produced by B cells.

The tests work like this: A diluted blood sample passes over a surface studded with molecules that mimic antigens, the parts of the virus our immune system can identify. If there are antibodies in the blood, they’ll bind to the antigens and cause the test to reveal a color.

Designing a test like this involves a balance between sensitivity—the ability to detect any antibodies whatsoever—and specificity, the ability to detect antibodies to this virus alone. An early Chinese-made test distributed in the US, for example, had 87.3% sensitivity and 100% specificity, meaning it wouldn’t show any false positives but would miss 12.7% of cases. The first test to receive official FDA authorization, produced by Cellex, has a sensitivity of 93.8% and a specificity of 95.6%.

Regardless of accuracy, these tests are not ideal for diagnosing current infections; it can take at least a week after symptoms arise for antibodies to become detectable. But they can identify past infections, which will be key to knowing when we can relax social restrictions.

“Serology surveys will be very important in understanding the extent of population immunity, and the extent to which immunity wanes over time,” said Yonathan Grad, an immunologist at Harvard’s T.H. Chan School of Public Health. “And what will happen with incidence in the coming years.” The CDC and others are beginning such surveys.

But it’s not yet clear how long immunity to SARS-CoV-2 will last, or whether it will be the same for everyone. Studies of the coronaviruses behind SARS and MERS showed that antibodies remained in the blood for a couple years, though their power to neutralize pathogens deteriorated over time.

Data from China on SARS-CoV-2 has already shown a wide range of antibody responses. In a group of 175 patients, 70% produced a high concentration (known as a titer) of antibodies. The rest managed to fight off the infection with a minimal titer, suggesting they beat the virus with their T cell response or other parts of the immune system. Which is fine—but those people may not have long-lasting immunity.

Because the concentration of antibodies detectable by a test may not be the same that can confer lasting immunity, so-called “immunity passports” could be difficult to implement. And even if we designed a test that reflected true immunity, its results still might not be accurate enough—thanks to a fluke of epidemiological statistics.

Zachary Binney, an epidemiologist at Emory University, explained it this way: Imagine a group of 100 people, 10 of whom are infected. You have a test that, similar to most of the serology tests being marketed today, is 90% effective in correctly identifying both positive and negative cases. That means you’ll get: 9 correct positives and 81 correct negatives, plus 9 false positives and 1 false negative. Of your 18 total positives, only 9 actually have the virus (and you’ve given the all-clear to one person who is actually infected). So a positive result is only accurate half the time. But try the math again when 40 people are infected, and the accuracy jumps to 89%.

In other words, frustratingly, more people need to catch the virus before we can have a better sense of how widespread immunity really is.

Antibodies can also be used to develop treatments for those who get sick. Last month, a hospital in Houston became the first in the United States to treat a seriously ill Covid-19 patient with plasma therapy, which delivers antibody-packed plasma from recovered patients to those still sick. Trials are now gaining steam at a handful of other hospitals in the US. As of last week, Mount Sinai Hospital in New York had accepted 125 plasma donations and administered 37 transfusions to critically ill patients.

It’s still too soon to say for sure how effective those treatments have been, says Michael Joyner, a Mayo Clinic physiologist who is leading the effort. But one key benefit of plasma therapy is that you don’t need to know details about the body’s immune response in order for it to work: You just trust the body to do its job, only for someone else.

But plasma donations are hard to come by at the volume needed right now. So a number of pharmaceutical companies are working to develop drugs that would replicate certain antibodies at a huge scale and pack them into shots.

We also don’t know which combination and concentration of antibodies could trigger the very cytokine storm and massive inflammation that patients want to avoid. That kind of reaction was documented last year in a study of lab monkeys that were given antibody drugs after being infected with the older SARS. Many of the drug companies developing antibody treatments are aiming to begin trials over the next several weeks, in the hope that a safe, effective option could be available by the fall.

Ideally, we’ll eventually be able prevent Covid-19 infections with the help of a vaccine. Vaccines preemptively prompt the body to create specific antibodies against pathogens. When an infection occurs, the vaccine will have already eliminated the lag between the innate immune system response and the adaptive one, which targets one infection and one infection only.

As of April 8, there are over 100 Covid-19 vaccines in development, using a variety of tactics to prompt the immune system into action. Vaccines show the immune system a biological mugshot of the pathogen: Some use proteins and peptides, others use bits of genetic material encapsulated in other viruses, and others use weakened or immobile bits of the pathogenic virus itself.

Most of these targets are inspired by vaccines against similar pathogens that have worked safely in the past—or at least been heavily researched. Vaccine candidates that use benign viruses to transport bits of SARS-CoV-2’s spike protein into the body were mobilized when scientists were developing an Ebola and MERS vaccine. Nanoparticles that were made to deliver lab-made antigens to target the spike proteins for SARS are being resurrected by the drug companies that abandoned them when the crisis was no longer imminent.

In theory, both of these strategies should prompt B cells to make antibodies against SARS-CoV-2, and keep them in the body long enough to prevent infections from sickening us.

But ultimately scientists don’t know the details of how B cells mount immunity to the new virus. Some of the SARS-CoV-2 vaccine candidates have begun phase I trials, which look out for any dangerous side effects, but others are still in the pipeline or going through animal safety tests.

The resulting race likely won’t have a single winner, but rather a handful. “It’s possible that out of the 50 or 80 candidates, there could be three or four that could be effective,” says Mark Poznansky, an immunologist and director of the vaccine and  immunotherapy center at Mass General Hospital. This is the best case scenario: More kinds of vaccines mean that more people can receive them, safely.

But testing, treatments, and vaccine development will all need to stay abreast of continual updates in our understanding of the virus.

“We’re after a moving target,” said Poznansky. “Fundamentally viruses have been infecting humans for millions of years, so it’s unlikely this represents a new type of battle. But because there’s a lack of immunity in most of the population of humans, it’s like a vast, horrendous experiment on our immune systems.”