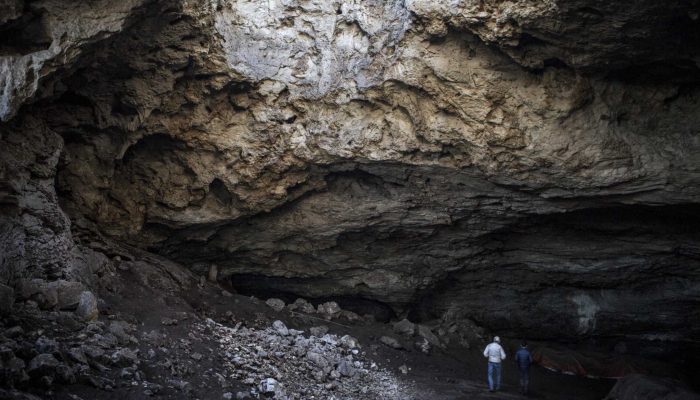 
The future of a program aimed at protecting land over San Antonio’s source of clean water hangs in the balance as COVID-19 forces a delay in seeking expanded public transit and drains dollars earmarked for aquifer protection.

Before the novel coronavirus upended daily and political life in San Antonio, Mayor Ron Nirenberg and Bexar County Judge Nelson Wolff had pushed to reroute $40 million in sales taxes that help pay for the city’s Edwards Aquifer Protection Program to instead fund more bus service and other transportation initiatives.

Nirenberg spent months looking for a new home for the popular aquifer program — voters have approved the tax that pays for it four times since 2000 — to assure environmentalists and the program’s supporters that it would continue in some form should voters decide in November to use those sales tax dollars for public transit.

But the pandemic has put the transit push on hold. Nirenberg told the San Antonio Express-News Editorial Board last week that it’s unlikely the sales tax initiative would be on the November ballot.

With that effort now on pause, the future of the aquifer program is unclear. Advocates had wanted voters to see a proposition on the ballot that would have extended the one-eighth-cent sales tax for the aquifer protection program and linear parks.

The focus on fighting the coronavirus put off a planned City Council vote in April on a Nirenberg-backed proposal to keep the program going with other city money, a move that would have cleared the way for the November vote on the transportation tax.

But the coronavirus-caused downturn in the economy has put a dent in the funds collected for the aquifer program, meaning it won’t expire as soon as expected.

Nirenberg is reticent to discuss the future of the transit push or the aquifer program amid the health crisis and its ensuing economic fallout.

“We are in the middle of a pandemic response,” Nirenberg said in a statement. “Coping with the COVID-19 pandemic is an urgent priority. We’ll address the normal order of business in due time.”

Others still have questions.

“I’m dying to know,” said Francine Romero, chair of the city’s Conservation Advisory Board, which oversees the aquifer program. “It just doesn’t seem to me like anybody’s been talking about it.”

The voter-approved one-eighth-cent sales tax generates about $40 million a year to finance the aquifer program as well as linear parks and creekways. About half goes to pay for conservation easements that prevent development over sensitive areas in and around Bexar County that feed into the aquifer.

But coronavirus restrictions on businesses and on residents’ movements have put a chokehold on retail sales and caused city sales taxes to plummet. City staff projects that San Antonio will lose up to $53 million in sales tax revenue out of the $313 million it expected to collect for the city’s current $1.29 billion spending plan.

Separately, San Antonio budget writers expect to lose $6.7 million in sales taxes that fund aquifer protection and linear parks and creekways. Before the crisis, they expected to see $39.6 million in this year’s budget for the two programs. So far, the city has collected $19.1 million.

Deputy City Manager María Villagómez said she expects those losses to extend into next year’s budget.

In a rather macabre way, the deadly virus has extended the life of the aquifer program, albeit slightly.

Though residents have voted to renew the tax that funds the program every five years, the tax expires only when the city collects whatever set amount of money voters approve. In 2015, voters authorized the city to take in $100 million for aquifer protection and $80 million for linear parks and creekways.

Before the crisis, the city expected to hit those amounts by February 2021, Villagómez said. Now, it likely won’t do so until June 2021, she said.

Nirenberg had sought another way to pay for aquifer protection before the crisis. He tried to get city-owned San Antonio Water System to take on the program — an idea the utility’s CEO, Robert Puente, was open to if it was done at significantly lower funding levels. SAWS board members raised questions about how much land the utility would have to pay to protect and when the program would end.

Nirenberg then backed a city proposal to continue the program with money it already receives from the water utility. This year, the city expected to get $29.2 million from SAWS for its budget.

The proposal called for spending $109 million on operations and conservation easements over 10 years, about half the current funding. But a city-commissioned study showed that it was enough to meet the city’s water needs through 2070.

The City Council was set to vote on the proposal in April — but that was before the pandemic hit.

Henry Cisneros, tri-chair of the ConnectSA transportation plan and a former San Antonio mayor, raised the possibility that the SAWS money that might have been used to continue aquifer protection might not be available, given the pandemic.

“It may be that the city feels the water system revenue needs to be used for other purposes,” Cisneros said.

The city now expects $600,000 less in revenue from SAWS for this year’s budget, Villagómez said. But she noted that SAWS dollars wouldn’t have gone toward aquifer protection until October 2022.

On ExpressNews.com: Officials: San Antonio should continue managing Edwards Aquifer program, not give it to SAWS

The proposal to continue the aquifer program with SAWS spurred a mini-revolt from environmental groups and backers of the program.

A coalition including members of the Greater Edwards Aquifer Alliance and the Sierra Club put forth their own proposal to allow voters to decide whether to extend the sales tax for two years. That, they said, could generate $36 million a year to be split between aquifer protection and linear parks and creekways.

Doing so would also buy time for Nirenberg and other officials to find a way to pay for aquifer protection at its current levels.

These days, the mood of aquifer advocates is more serene.

“I’m not really bugging them about it,” said Annalisa Peace, executive director of the Greater Edwards Aquifer Alliance. “I feel like the city probably has their hands full with the health crisis.”