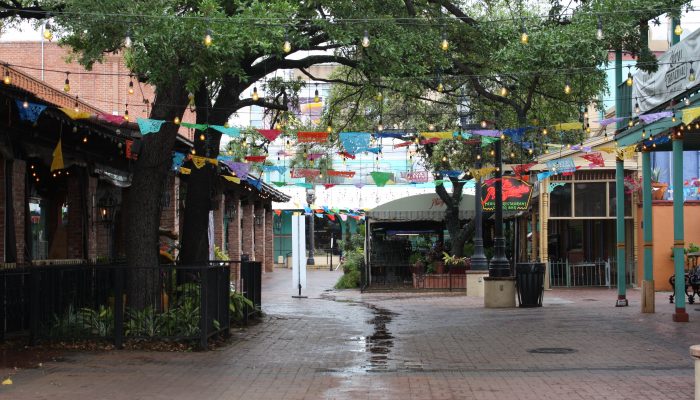 Texas Public Radio is updating the latest information on COVID-19 in the San Antonio area, along with how local businesses are adjusting, how you can help those in need and what you can do to stay entertained at home. TPR is also providing live updates on the Rio Grande Valley.

San Antonio’s stay-at-home orders will be extended until May 19 after the city council approved it 10-1.

“Stay Home and Work Safe” will continue to be the city’s motto as certain businesses begin to open up under the state’s orders tomorrow. San Antonio Mayor Ron Nirenberg said it’s still risky to reopen businesses.

“I think this is a risk we don’t need to take because the gating criteria that have been articulated by public health officials have not yet been met. We’re not testing enough,” said Nirenberg.

During the meeting, San Antonio Metro Health officials said they plan to conduct 3,000 tests per day by the end of June. It will also recruit 175 contact tracers to track virus spread among close contacts.

The city’s order still requires people to wear facemasks – something the state won’t allow to be enforced. Councilman Clayton Perry voted no due to the city’s facemask mandate.

Comal County confirmed one more COVID-19 case Wednesday, bringing the total to 55. There have been six reported deaths related to the virus and 36 recoveries.

Wilson County has 32 confirmed cases, 13 of which have fully recovered.  There have been three deaths.

Atascosa County reported three new cases on Wednesday, bringing its total to 19.  One person has died and 11 have recovered.

Toyota Motor Corp. previously announced it would resume operations by May 4. Reopening is now set for May 11 after company officials had “an extensive review with our supplier and logistics network.”

According to a statement, Toyota plans to gradually resume its manufacturing operations. The automaker said it will also comply with federal health and safety guidelines, and local and state ordinances where facilities are located.

That includes factory workers following social-distancing orders and having their temperatures taken daily.

San Antonio’s South Side Toyota plant employs nearly 3,000 workers and has been closed since March 23.

San Antonio’s new order maintains the previous stay-at-home measures and mandatory face coverings. All businesses that are not deemed essential by Gov. Abbott are required to stop operations and close. Those deemed essential must follow the limitations in Abbott’s order.

The mayor also reported 1,326 confirmed cases, up 19 from yesterday. Of those cases, 636 have recovered.

There are two additional deaths today, bringing the total to 46.

Nirenberg reported a “modest decline” in hospitalizations: There are 55 people in hospitals with COVID-19, 35 being investigated and 36 in intensive care, up three from yesterday. There are now 20 people on ventilators, but the mayor said the city has plenty of available capacity.