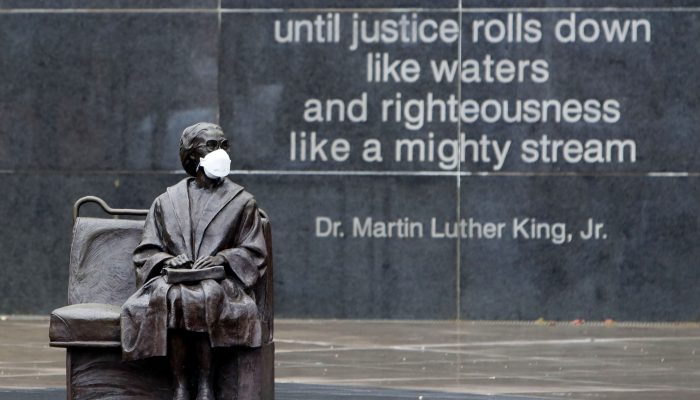 Get live updates throughout the day on how COVID-19, the illness caused by the novel coronavirus, is affecting North Texas.

What should I know about coronavirus? Get information from the CDC. What’s been happening locally, statewide and nationally? Check out special coverage from NPR, PBS and the public radio stations in The Texas Newsroom: KERA for North Texas (including quick daily updates below); KUT in Austin; Houston Public Media; Texas Public Radio in San Antonio; and Marfa Public Radio. How’s coronavirus affecting North Texans on the financial edge? Take an in-depth look at our new series, “One Crisis Away: Coronavirus And Life On The Financial Edge.” In Texas: More than 74,180 cases and 1,831 deaths have been reported. More than 48,895 Texans have recovered. In North Texas: Cases in Dallas County: 12,093; Tarrant County: 6,150; Collin County: 1,447; Denton County: 1,500. There have been at least 509 reported deaths in the region’s four largest counties.  Counties across Texas: Use The Texas Newsroom’s interactive maps.  Global: See Johns Hopkins University’s COVID-19 dashboard.

Within the walls of the Texas prison with the most reported coronavirus deaths, the men locked inside are telling a drastically different story than the state about how inmates are being handled during the pandemic.

The Texas Department of Criminal Justice has emphasized that healthy inmates are kept separated from sick inmates and those exposed to the sick to limit the spread of the illness that has exploded within state lockups — with nearly 6,900 inmates known to have had the virus as of Saturday.

The agency, which began mass testing in mid-May at dozens of its more than 100 lockups across the state, has also said prisoners in facilities that have COVID-19 infections are only taken out of cells to shower in small groups, while inmates with symptoms are tested and isolated.

Inmates at Huntsville’s Wynne Unit, however, say the prison didn’t test feverish inmates in April, after the virus had taken hold in the cellblocks, and continues to routinely place sick or exposed inmates in cells or other close quarters with the healthy. They say men who otherwise have been separated from each other are still often taken to the showers in large groups.

Read the full story by The Texas Tribune.

Black lawmakers in Texas said the state hasn’t come through on their pleas for better racial data and efforts to decrease COVD-19′s toll on African-Americans.

The Dallas Morning News reports the black lawmakers back in April asked Governor Greg Abbott for a task force and a more accurate count of the disease’s impact on black and brown Texans. A request letter from a Houston state House member was signed by 49 other Republican and Democratic members of the Texas House. But so far, no answers.

Black lawmakers have also called for more testing in black and Hispanic neighborhoods.

Dallas County on Sunday reported 263 additional cases of COVID-19, bringing the total case count to 12,093. Two new deaths were reported – an Irving man in his 20s who did not have underlying high-risk health conditions, as well as a woman in her 90s who lived at a long-term care facility. Countywide, 264 people have died.

Tarrant County on Sunday reported 77 new cases, for a total of 6,150. The county reported two additional deaths — a Fort Worth man in his 60s and a Benbrook woman in her 70s. Both had underlying health conditions, health officials said. A total of 178 people have died in Tarrant County.

Denton County on Sunday announced 14 new cases for a total of 1,500 confirmed cases. No new deaths were announced. Countywide, there have been 33 deaths.

Denton County Public Health is providing a free drive-thru COVID-19 testing center in Denton on Tuesday from 8 a.m. until noon. The testing’s available to eligible community members — those who have symptoms of COVID-19 or have been symptomatic within the past seven days. All essential employees are also eligible for free testing.  Call to pre-register for testing at 940-349-2585. Learn more about the county’s testing centers.

In Dallas County, COVID-19 Cases Are On The Rise

COVID-19 cases are on the rise in Dallas County.

The county closed out last week with its highest daily average number of new cases — more than 260 new cases. It was the county’s second deadliest week, with 34 deaths tied to COVID-19.

Dr. Philip Huang, director of Dallas County Health and Human Services, ties the increase to a statewide push to test everyone in nursing homes.

“There’s a lot of asymptomatic positives, and so when we’re testing everyone, some of those are coming out, and so we do think that that’s probably a cause for some of these latest numbers,” Huang said at a press conference.

Dallas County Health and Human Services reported 289 additional cases of COVID-19, bringing the total case count in the county to 11,830, including 262 deaths.

The two deaths reported today include:

Denton County Public Health announced 19 additional cases of COVID-19 in the county, bringing the case count in the county to 1,486.

The county also reported one newly recovered case of COVID-19.

Tarrant County Public Health reported 88 additional cases, raising the total case count in the county to 6,073. There have been 176 deaths related to COVID-19 in the county.

According to public health officials, 2,566 residents have recovered from the virus.

Nearly 50 graduations were scheduled for Globe Life Field, the new home of the Texas Rangers.

That’s when Jerry Jones stepped in.

Over 700 seniors graduated from Arlington Lamar High School at AT&T Stadium on Friday, the first day for 2020 ceremonies at Jerry’s World due to the novel coronavirus.

“Well, this isn’t quite what we expected, but here we are. We made it,” valedictorian Jenna Losh said. “Far different than I think any of us could have imagined, but we made it nonetheless.”

Lamar was the first of seven Arlington schools to graduate at AT&T Stadium this weekend, but second of three on Friday. Dallas Jesuit and Highland Park also held their ceremonies.

Arlington, Seguin and Martin will hold their graduations on Saturday. Arlington Collegiate, Bowie and Sam Houston will have their ceremonies on Sunday.

Over 5,000 students will have crossed the stage by Sunday night.

“We would not be here today without the generosity of the Gene and Jerry Jones family foundation, in an act of great kindness,” Lamar principal Andrew Hagman said. “They donated this graduation service for our students and families, and we are beyond grateful.”

Read the full story at the Fort Worth Star-Telegram.

Dallas County Has Another Record Day Of New Cases — 298

Dallas County is reporting another record day of new COVID-19 cases with 298 additional cases and 10 more deaths. This brings the total case count in Dallas County to 11,541, including 260 deaths.

“Today’s numbers continue a trend of a significant increase in the number of new cases and deaths from the week before,” Dallas County Judge Clay Jenkins said in a statement. “However,  the hospitalizations, ICU admissions for COVID-19 and ER visits for COVID-19 still remain flat.”

Jenkins continues to encourage residents to maintain social distancing when outside the home and wear face coverings.

The additional 10 deaths reported today are described as:

Tarrant County Public Health is reporting 122 new cases of COVID-19, along with one death. This brings the countywide total number of cases to 5,985. The deceased was a Fort Worth man in his 50s with underlying health conditions.

Denton County Public Health is reporting 13 new cases of COVID-19, along with one death. This brings the countywide total number of cases to 1,467. The death reported today was a previously reported hospitalized male in his 60s who was a resident of Prosper.

Dallas County Health and Human Services is reporting 285 new cases of COVID-19, the highest number of new cases on record. This brings the countywide total to 11,243.

.@DCHHS reports 285 cases and 1 death. Today we saw the highest number of new cases on record for COVID-19. We’ve seen a significant increase this week for the average number of daily cases from last week and it’s up to all of us #FlattenTheCurve. pic.twitter.com/vvyTdSnrBc

One additional death is reported — a DeSoto man in his 60s who had been critically ill in an area hospital.

There are 172 new cases of COVID-19 today in Tarrant County, according to data released by county health officials. That brings the total number of confirmed cases in the county to 5,863, including 173 deaths.

Denton County is reporting 19 new confirmed cases of COVID-19. This increases the cumulative, countywide total to 1,454 confirmed cases, including 32.

According to data from county health officials, 702 residents have recovered from the disease.

Six Flags And Hurricane Harbor Set To Reopen This Month

Six Flags over Texas will welcome back members and season pass holders on June 19. The park will open to the general public on June 22. Six Flags’ water park Hurricane Harbor will reopen to all visitors June 18.

Visitors must make a reservation in advance online, and the park will use those reservations to stagger arrival times to minimize proximity exposure. They’ll also do temperature screenings on all guests and employees, strictly impose social distancing and sanitize more often throughout the park.

Inundated by millions of Texans trying to file claims for unemployment benefits, the Texas Workforce Commission has added four external call centers and hired staff to have more than 1,000 workers answering phone calls. The agency has also increased its server capacity from five servers to 20.

But months into the coronavirus pandemic, an unknown number of Texans are still living in the dark about when — or if — payments are coming as they face busy signals, confusing communication or no word at all. Meanwhile, they are staring down mounting bills coming due.

Read the full story at The Texas Tribune.

Sports Venues Can Open To 50% Capacity. What Does That Mean For Texas Teams, Events?

The mandate, part of the third phase of the governor’s task force’s plan to reopen the state, also applies to professional sports leagues, whose seasons are either on hold because of the coronavirus pandemic or are in the offseason.

Sports leagues must first approve a safety plan to the state for approval to hold events, and players and fans must follow state guidelines.

While this would appear to give the Texas Rangers and Houston Astros an avenue to allowing fans should there be a 2020 MLB season, the league and players association do not plan to initially allow fans to their games.

This story was provided by the Fort Worth Star-Telegram.