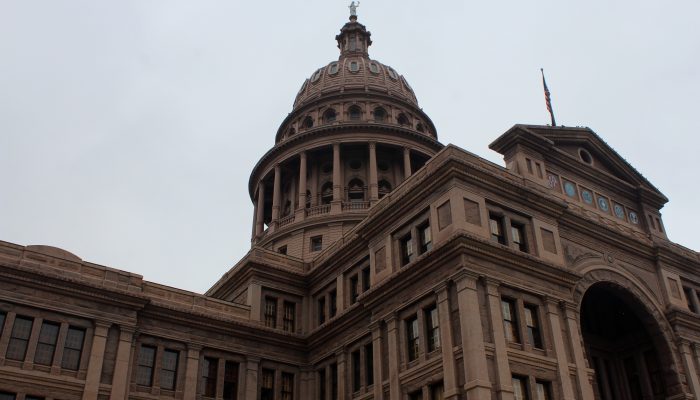 What should I know about coronavirus? Get information from the CDC. What’s been happening locally, statewide and nationally? Check out special coverage from NPR, PBS and the public radio stations in The Texas Newsroom: KERA for North Texas (including quick daily updates below); KUT in Austin; Houston Public Media; Texas Public Radio in San Antonio; and Marfa Public Radio. How’s coronavirus affecting North Texans on the financial edge? Take an in-depth look at our new series, “One Crisis Away: Coronavirus And Life On The Financial Edge.” In Texas: More than 51,650 cases and 1,426 deaths have been reported. More than 30,340 Texans have recovered. In North Texas: Cases in Dallas County: 8,090; Tarrant County: 4,711; Collin County: 1,090; Denton County: 1,161. There have been at least 387 reported deaths in the region’s four largest counties.  Counties across Texas: Use The Texas Newsroom’s interactive maps.  Global: See Johns Hopkins University’s COVID-19 dashboard.

Several state agencies have been told to find ways to cut their budgets due to the coronavirus pandemic. The cuts come as sales tax revenue — the state’s largest source of funding — dropped about 9% in April compared to the same month last year.

State leaders are telling agencies to come up with plans to cut budgets by 5%.

Letters went out Wednesday – signed by Gov. Greg Abbott, Lt. Gov. Dan Patrick and House Speaker Dennis Bonnen. They say agencies need to prepare for an economic shock, and it will take months until the state knows the true extent of the economic ramifications of COVID-19.

Certain agencies are exempt — those include the Texas Workforce Commission, public safety, and Child Protective Services, school districts, as well as the state health department and behavioral health science programs.

CARES Act To Give DART Over $200 Million In Relief

The Dallas Morning News reports DART officials have known about the money since last month, but the President’s announcement about it yesterday caught the agency by surprise.

His tweet called the money “critical to economic recovery.”

Mark Ball with DART said the money will help offset budget losses from decreased tax revenue. It also will help reimburse the transit authority for expenses incurred “to protect passengers and employees” during the pandemic.

The University of Texas at Austin says students will return to campus for the fall semester.

That’s from August 26 to Thanksgiving. Students won’t return to campus after the holiday and will instead take their finals online.

When the campus opens, UT-Austin will have its own coronavirus testing material. The university anticipates needing to conduct more than 500 tests a day.

The head of the Texas Parks and Wildlife Department says state parks are experiencing a drop in revenue because of temporary shutdowns and restricted capacity amid the coronavirus pandemic.

​”If you look to the end of April, we’re about 11% behind where we were last year,” Carter Smith said while speaking with members of the Texas Parks and Wildlife Commission. “We should probably just expect that to grow at least through May and probably end of June.”

State parks were allowed to reopen for day-use April 20. All but one state park have welcomed back visitors.

North Texas Zoos To Reopen May 29

Gov. Greg Abbott’s plan for the second phase of reopening the Texas economy allows zoos to welcome back visitors on May 29. Both the Dallas and Fort Worth Zoos are reopening that day with a slew of safety precautions in place.

Reservations will be required for all guests, wearing a face mask is encouraged, and certain exhibits will remain closed. Alexis Wilson is with the Fort Worth Zoo, she says they have added a lot of hand washing stations among other precautions.

“We have a designated clean team that will be cleaning hard surfaces, recently touched surfaces throughout the zoo,” Wilson said. “That is their sole responsibility everyday all day long.”

The governor’s order allows zoos to begin operating at 25% capacity. The directive allows aquariums in the state to open a week earlier than zoos starting tomorrow.

A federal appeals court in New Orleans has put on hold a ruling for expanding of mail-in voting in Texas.

Yesterday’s decision by the 5th Circuit Court of Appeals came less than 24 hours after a federal judge in San Antonio ruled Texas must give all its registered voters the option to mail-in their votes during the coronavirus pandemic.

That option ‘s now limited to those 65 or older or to those with a “sickness or physical condition” that prevents voting in person.

Read the full story from The Texas Tribune.

Dallas officials are expanding mobile COVID-19 testing to all zip codes in the city.

The city approved a contract last week for testing in selected zip codes. But so far demand has been relatively low.

“We’re going to continue to give priority to zip codes that have been especially hard hit by COVID-19,” Johnson said. “But we believe that we have the capacity to handle the demand for mobile testing.”

Mobile testing is available to Dallas residents who do not have access to transportation to COVID-19 community testing sites in the county, and have symptoms, or have come in contact with someone diagnosed with COVID-19.

Some Dallas parks will reopen on Friday. They include dog parks, skate parks and park pavilions.

Pavilion reservations will be limited to no more than 15 people, said John Jenkins, director of Dallas Park and Recreation.

“This is not over,” he said. “We are still in the middle of a pandemic, we are identifying hundreds of new cases every single day in this region. People are still dying.”

Dallas County Health and Human Services announced 186 additional cases of COVID-19, bringing the total case count in the county to 8,090.

There have been 196 deaths related to COVID-19 in the county. The five additional deaths being reported today include:

There have been 132 deaths related to COVID-19. According to public health officials in the county, 1,716 people have recovered from the disease — 126 of those reported today are from a federal prison outbreak.

Collin County Public Health reported 17 new cases, bringing the total case count in the county to 1,090. There have been 31 deaths associated with COVID-19 in the county. According to county health officials, 740 people have successfully recovered from the disease.

The most recent data from Tarrant County’s public health department shows COVID-19 cases in hospital emergency rooms are on the decline.

“May is starting to look a little bit better,” Taneja said. “We had a little peak when I spoke with y’all last time and now it looks like we’re coming off of that peak.”

Meanwhile, the data shows hospital bed capacity has stayed about the same, with less than 10% of available beds being used for coronavirus patients.

Taneja also said the number of COVID-related deaths is gradually flattening, but he warned that delays in reporting positive cases can make the most recent numbers unreliable.

“This is sort of the most sensitive of indicators where the lag is less,” Taneja said. “So, fairly okay to look at this and say, ‘Okay, we are starting to trend down at least on the COVID-like illness visits into [ERs}]in Tarrant County.'”

Taneja also noted that about 65% of COVID-related deaths in the county have been in those 65 or older, and urged that population to stay quarantined at home.

The U.S. government is indefinitely extending an order that allows officials to quickly remove unauthorized migrants at the border. The order was initially issued in response to the coronavirus pandemic.

The CDC directive allows for swift expulsion of unauthorized migrants, including asylum-seekers and unaccompanied children. The order was issued in late March, then extended for 30 days.

On Tuesday, CDC director Robert Redfield extended the order again — but with no end date this time. Instead, it will stay in effect until he determines “the danger of further introduction of COVID-19 into the United States has ceased to be a serious danger to the public health.”

The Department of Homeland Security has used the policy to effectively seal off the border to asylum seekers. Since it went into effect, just two people seeking protection were allowed to stay in the U.S. to pursue asylum, as of May 13.

The U.S. government also announced Tuesday its borders will remain closed to non-essential travel for at least another month.

Eleven people held at a federal immigration detention center in Alvarado are suing Immigration and Customs Enforcement for their release.

The Dallas Morning News reports their lawsuit argues the immigrants are medically vulnerable to an outbreak of coronavirus at the center.

A federal judge has given the U.S. attorney’s office in Dallas until May 29 to respond to the suit.

ICE says 45 of the nearly 500 immigrants at the center have tested positive for coronavirus as of yesterday.

Federal Judge Rules In Favor Of Vote By Mail In Texas

In the latest twist in an already complex legal battle, a federal judge Tuesday ruled that any Texas voter who wants to vote by mail should be allowed to do so — but the Texas Republican attorney general is hitting back.

Judge Fred Biery of the Western District of Texas issued the injunction. Effectively, he said it would violate the U.S. Constitution for Texas to deny absentee ballots to voters who fear contracting COVID-19 when voting in person.

The judge’s move supersedes a stay by the Texas Supreme Court last week in a related state lawsuit. The Texas Democratic Party is the plaintiff in both the state and federal suits.

Texas Attorney General Ken Paxton said he would immediately appeal the federal court’s decision to the U.S. Fifth Circuit – widely regarded as the most conservative appeals court in the country.

Time is running short for a resolution of the issue before Texans next go to the polls. Early voting in the Texas primary runoff election begins in less than six weeks.

Appraisal notices are going out to homeowners and commercial property owners across North Texas.

The notices are based on values established in January, but Dallas County’s preparing for owners to protest property values because of the coronavirus pandemic’s effect on the economy.

“If this continues to go on and god forbid there’s a second wave,” Nolan said. “’21 will not be a good year for anyone value-wise because we’ll have because it was going on in January of 2021.”

Dallas County property owners have until June 15 to protest their appraised valuations.

The deadline for Tarrant County property owners is June 1.