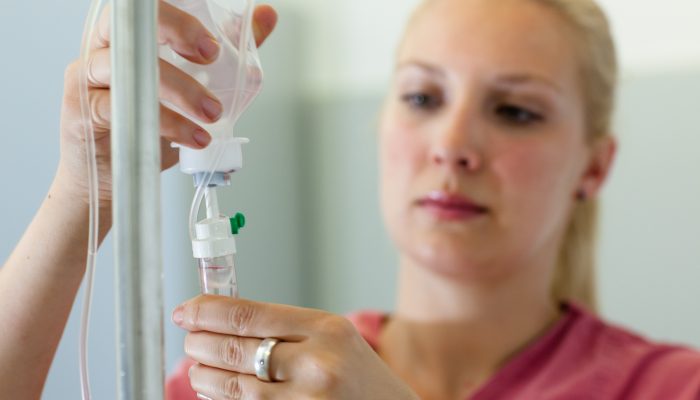 Gilead Sciences’ COVID-19 hopeful remdesivir has kicked up plenty of controversy as the company speeds up R&D amid questions about whether early human trials of the drug have adequately proven it works. Now, scientists at the National Institutes of Health and Gilead have published results from an animal trial of remdesivir that they believe will help the scientific community better assess the drug’s power to combat the virus.

In a trial involving 12 rhesus macaques, early treatment of COVID-19 with remdesivir reduced symptoms of the disease and lung damage, they reported in a study posted on bioRxiv. Six macaques were treated with the drug, while the others were untreated. Seven days after the start of the study, the macaques treated with remdesivir were significantly healthier than those in the control group, according to the study (PDF).

The animal trial was designed to replicate the remdesivir dosing schedule that’s being tested in the ongoing clinical trial. So the macaques received an intravenous dose of the drug 12 hours after being infected with COVID-19, followed by one booster dose per day for six days. At the end of the week, all six untreated animals were showing breathing difficulties. Only one of the treated macaques had breathing problems, which were mild, they reported.

This virtual event will bring together industry experts to discuss the increasing pace of pharmaceutical innovation, the need to maintain data quality and integrity as new technologies are implemented and understand regulatory challenges to ensure compliance.

“Data from clinical trials in humans are pending, but our data in rhesus macaques indicate that remdesivir treatment should be considered as early as clinically possible to prevent progression to severe pneumonia in COVID-19 patients,” the researchers wrote.

It’s not just the medical community that’s watching remdesivir closely, but also Gilead investors. They ratcheted up the company’s share price last week after positive results from a small trial of the drug in COVID-19 patients at the University of Chicago Medical Center were leaked.

Problem is, no one will be able to say for certain whether remdesivir will be the panacea everyone is hoping for until Gilead reports data from phase 3 trials, one of which is designed to compare the drug to the standard of care in treating COVID-19. Those data aren’t expected until late May.

Meanwhile, several other research groups are searching for additional drugs that could be deployed against COVID-19. One such group, led by the Sanford Burnham Prebys Medical Discovery Institute, reported over the weekend it’s identified four drugs the researchers believe could enter human trials for COVID-19 because they have already been shown to be safe in trials for other diseases.

Two of the drugs had entered early trials in autoimmune diseases: apilimod, which was once tested by Synta (now Madrigal Pharmaceuticals), and Millennium’s MLN-3897. A third, VBY-825, has been studied in pancreatic cancer, and the fourth, ONO 5334, in osteoporosis. The study was also posted (PDF) on bioRxiv.

RELATED: COVID-19: Bio researchers race to repurpose everything from antiviral to anticancer discoveries

The Sanford Burnham Prebys-led team started by screening a library of 12,000 existing compounds that have been shown to be safe for use in people. They searched specifically for drugs that could halt the replication of the virus that causes COVID-19, SARS-CoV-2.

They found 30 drugs that were able to prevent the virus from copying itself—including remdesivir and the antimalarial chloroquine derivatives that have also generated interest during the pandemic. They suggested that the additional four options they uncovered should also enter human trials. That’s because they all work differently than remdesivir and the antimalarials do, and their safety profiles have been well characterized already, they said.

“Many drugs identified in this study—most of which are new to the COVID-19 research community—can begin clinical trials immediately or in a few months after additional testing,” said senior author Sumit Chanda, Ph.D., director of the Immunity and Pathogenesis Program at Sanford Burnham Prebys, in a statement.