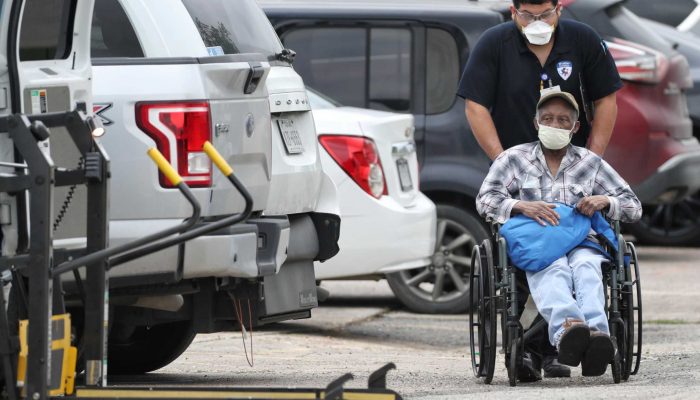 When the news flashed on the television screen on April 2 about a coronavirus outbreak at a Texas City nursing home, Jessica Ticas immediately picked up the phone, panicked.

Ticas’ grandmother, Maria Rivas, is a resident at The Resort at Texas City, a 135-bed long-term care facility where 68 residents and employees tested positive for the coronavirus last week. Ticas wanted answers: Is her grandmother one of the infected residents? Is she showing symptoms?

Nursing home staff initially told Ticas that the news about the outbreak was not true, but two days later a Resort staffer called Ticas with an update: Her grandmother had tested positive, but was showing no symptoms.

“My aunt told them that if they didn’t answer or tell her what’s going on, she was going to go in there and break (down) the doors to find out what was going on with my grandma,” Ticas said.

Around the Houston region, the vulnerability of older residents to COVID-19 has been made frighteningly clear by outbreaks at nursing homes in Texas City and Missouri City, an assisted living center in La Porte, and a senior apartment community in The Woodlands. More than 140 residents and workers had been infected as of Wednesday, including at least four elderly residents who died.

The outbreaks have raised questions about the transparency of nursing homes and other senior communities as well as their capability to contain a virus that can be particularly harmful, even lethal, to the elderly. Family members who have been prohibited by month-old state restrictions designed to protect seniors have felt left in the dark, unable to see their loved ones and not getting timely updates on infections.

Advocates for the elderly are calling on the state to make data on nursing home infections widely available.

“In the same way that they’re reporting new cases and deaths, we should know what’s happening in the nursing facilities,” said Amanda Fredriksen, associate state director for advocacy and outreach at AARP Texas. “The residents and their legalized representatives, typically family members, who can make decisions on their behalf, they have a right to be informed about changes that might affect their loved ones care.”

Gov. Greg Abbott said Wednesday that he had the vulnerability of Texas’ nursing homes in mind when he issued an executive order last month cutting off visitation and allowing only employees to enter. The Texas Health and Human Services Commission this week also issued new guidance for nursing homes that requires these facilities to tell residents, staff and family when there is “exposure, presumptive and confirmed cases in the facility.”

He added that the state has deployed medical-incident support teams made up of emergency medical professionals who act as liaisons between local and state government in some cases, such as when there was an outbreak at the Denton State Supported Living Center.

“In every situation, there’s going to be unique needs that must be met,” Abbott said. “We are prepared to act swiftly to address the unique needs of each of these situations.”

Long-term care facilities are required to notify the Texas Health and Human Services Commission as well as local health authorities when they have a presumptive or confirmed case of COVID-19, said spokeswoman Kelli Weldon. The agency investigates any facility that reports a positive case.

“Our top priority is always the health and safety of the people receiving services in the settings we regulate,” Weldon said. “Statewide, our HHSC survey teams are on site in nursing facilities and actively investigating and monitoring them to assess compliance with all applicable health and safety rules.”

Given limited resources during the pandemic and per Centers for Medicare and Medicaid Services guidance, the agency is focusing on infection-control investigations, checking for whether homes are properly screening staff and other care providers and whether they’re following state and federal guidelines, such as appropriate use of personal protective equipment.

Other states have taken a more hands-on role. Maryland’s Republican governor, Larry Hogan, announced this week that new strike teams would provide emergency care, supplies and equipment to overwhelmed facilities, according to the Washington Post. The teams would include representatives of state and local health departments, hospitals and the National Guard.

At least eight nursing homes across six Texas cities are dealing with a spate of coronavirus infections, killing at least 18 people. In the Houston area, local public health authorities and elected officials have taken the lead in responding to outbreaks.

After Montgomery County officials learned on March 20 that someone tested positive at The Conservatory at Alden Bridge senior apartments, the public health district screened all residents for symptoms, said Misti Willingham, spokeswoman for the health district.

The apartment complex arranged for private testing, Willingham explained by email. The health district did not recommend testing asymptomatic people because that was not what federal guidelines advised. Residents who staff believed may have been exposed were directed to self-isolate.

After a dozen residents tested positive, County Judge Mark Keough on March 30 ordered residents to shelter in place unless they chose to leave and isolate elsewhere by the following day.

Montgomery County Fire Marshal investigators have helped public health staff keep in touch with residents and apartment management. But as of Wednesday, 18 people at the Conservatory had tested positive, including three who died.

In Harris County, authorities reported this week that an outbreak at the LaPorte Healthcare Center, an assisted-living facility, had left 34 residents and staffers infected.

Umair Shah, executive director of Harris County Public Health, said that as soon as officials are notified of a positive coronavirus case in a nursing home or group-living facility, they move “very aggressively” to isolate individuals if they’re symptomatic or quarantine individuals if they’ve been exposed to the virus but are not symptomatic. The agency also coordinates with emergency personnel if they make contact with a nursing home resident to ensure that facility doesn’t have an outbreak.

“It underscores the importance of the infection control prevention that all of us want nursing homes and facilities to take seriously and protect the people we have there,” Shah said.

In Missouri City, 28 residents and staff members at Park Manor Quail Valley, a nursing home, tested positive for the coronavirus Wednesday. Among residents at that facility, 10 are in the hospital and six are being treated in quarantine at the nursing home.

Even prior to the coronavirus pandemic, Texas nursing homes were particularly susceptible to the spread of disease. Inspection-control practices have long been the most frequently cited violation found during inspections of facilities across the state. More than 80 percent of nursing homes in Texas were cited in the last three years for such violations, the USA Today Network reported last month.

Patty Ducayet, the state’s independent ombudsman for long-term-care facilities, said the names of facilities where confirmed cases have been found should be released to the public.

“It’s information I believe a resident and their family members have a right to know, and when a case is confirmed, residents need to know how the facility is responding,” Ducayet said in an emailed statement.

Ducayet said the rise in nursing home infections isn’t particularly surprising given that COVID-19 can go undetected in people who don’t show symptoms as well as that the elderly, many of whom have underlying health conditions, are more vulnerable. Staff of these facilities also often work in more than one facility, which could have contributed to spread as well, she said.

Philip Keiser, Galveston County’s local health authority, said the cluster of infections at that facility forced the county to come up with a proactive strategy in testing and surveilling nursing homes.

There are over 1,000 nursing home beds in Galveston County, but Keiser and the county health district set up a monitoring system to create contact lists for each nursing home as well as questionnaires to send out about what their needs are, all of which is collated into a database. With the help of the University of Texas Medical Branch at Galveston, which has an in-house coronavirus test that can deliver results within 48 to 72 hours, the goal is to conduct 200 tests per day at nursing homes throughout the county.

“What we’ve done is we worked up sort of a hit list of nursing homes that we know have problems, and we know this by either numbers of cases and by numbers of people going to the emergency room and by calls that we’re getting,” Keiser said. “One of the consequences of that is we’re gonna have some bad days, right? We’re gonna have a whole bunch of tests come back and we’re gonna find some nursing homes with big problems. That’s just the reality of it.”

To account for an expected increase in the number of nursing home residents with the virus, the county health district and UTMB are providing training and personal protective equipment to nursing home staffers, as well as reusable gowns. With workforce capacity limited, the hope is that nursing homes will be able to learn on the fly how to do their own testing.

“We’re taking sort of the Texan approach, which is you need to be responsible for yourself,” Keiser said.

Zach Despart contributed to this report. 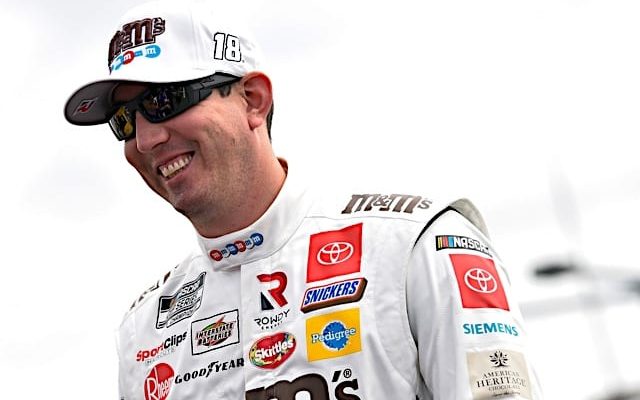 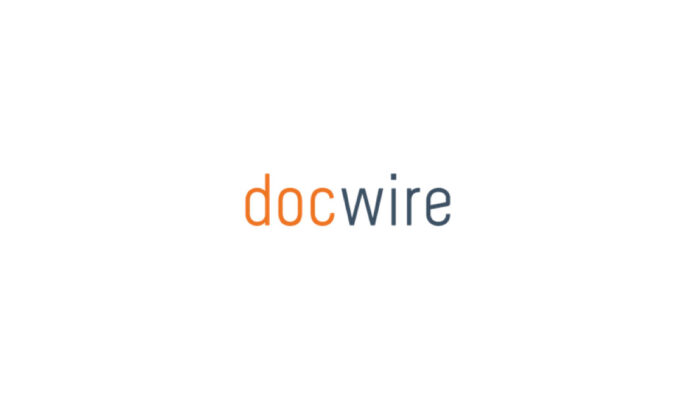 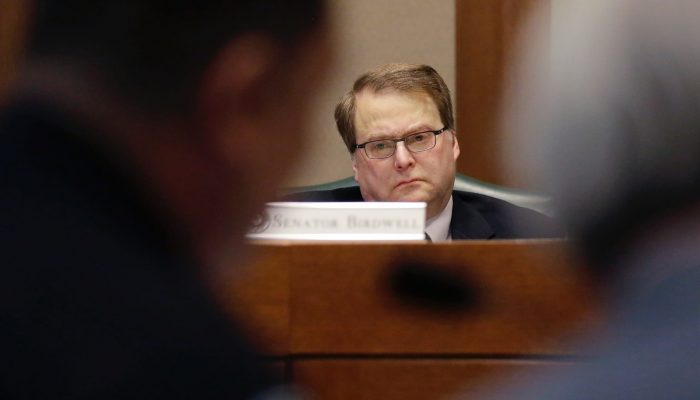