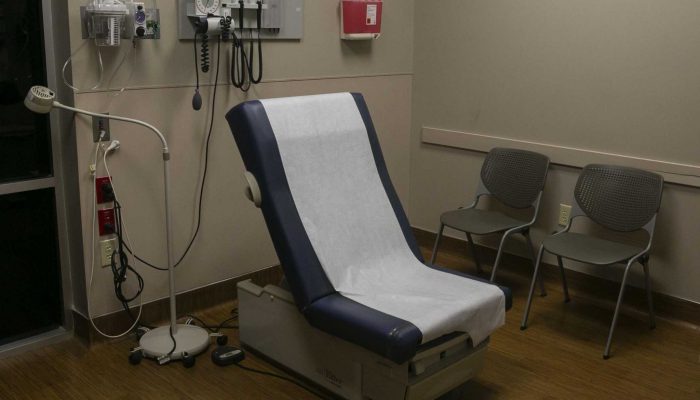 
Oil has grabbed most of the headlines since COVID-19 shut down the Texas economy, but perhaps the most critical sector, health care, stands to take an even bigger bite out of the state’s prosperity.

Gov. Greg Abbott’s order suspending non-essential health services, and new guidelines for social distancing, are slashing revenues at private practices. Primary care doctors and specialists have seen revenues drop by up to 90 percent, according to a recent survey by trade publication MDLinx.

Unless insurance companies agree to pay higher fees, doctors will to shut down their private practices, explained Dr. Stefan Kreuzer, an orthopedist. He recently opened a surgical center for hip and knee replacements.

“When you’re a surgeon, you need to see patients and have enough volume to fill the schedules,” the founder of Innov8 Orthopedics told me. “I don’t know how primary care is going to survive. There’s just no way because the overhead doesn’t go down.”

Health care accounts for 18 percent of the nation’s economic activity. The industry injects more than $37 billion into San Antonio’s economy and $20 billion into Houston’s, according to federal statistics.

More than 676,000 Texans work as health care practitioners or technicians, and they employ another 543,000 in support roles, according to the Bureau of Labor Statistics. That’s 10 percent of the state’s workforce.

The latest economic data shows a 4.8 percent contraction so far this year, with most of the loss due to a reduction in consumer services. Health care services took the biggest hit, accounting for 2.25 percentage points of the drop in gross domestic product, or about a third of the decline.

Doctors who own and operate their practices are small business people who charge fees for their services. Private insurance companies and government programs like Medicare pay most of these fees. Unlike big health care companies, private practices must accept whatever rates insurers offer.

Your doctor only meets with you for 15 minutes not because she doesn’t like you, but because the rates the insurers pay are so low and she needs volume to make a profit after paying for office space, employees and equipment.

COVID-19 is forcing doctors to space patients out and buy more personal protective equipment. The lower volume and higher costs are compounding losses from shutting down non-emergency services for more than a month.

Kreuzer and his team continued providing post-operative services and used telehealth as much as possible. But going from 25 surgeries a week to none eliminated 88 percent of the practice’s revenues.

He received aid through the Paycheck Protection Program, and Medicare provided extra funds to help doctors across the country. While the support will cover about six weeks of expenses, it doesn’t make up for lost revenue. He said his practice has only a six-week financial cushion.

Kreuzer will reopen his surgical and physical therapy center next week, but he will have to operate at a fraction of the facility’s capacity to maintain heightened hygiene requirements. That means seeing fewer patients.

He faces the same challenge as every other business across the country, how do you pay 100 percent of the bills when you can only operate at 25 percent capacity? In other fields, companies raise prices when per-unit costs go up. Not in health care.

Kreuzer said he has asked private insurance companies if they’d consider paying higher rates, at least until the pandemic passes.

“I got shut down like I’ve never gotten shut down before,” he said. “I’ve been on a rampage with them since then. That’s the solution, help us out, pay us a little bit more.”

I called Blue Cross and Blue Shield Texas, the state’s largest insurer, and a spokesman declined to comment. Insurance companies rarely like to talk about price-setting except to say they try to save their customers money from greedy doctors.

This time, though, is different. Texas was suffering a doctor shortage before COVID-19, and most doctors are approaching retirement. Reduced patient volumes and low reimbursement rates will drive more physicians to retire or leave private practice.

Unlike the dramatic collapse in oil demand, the developing health care crisis is slow and insidious. Without quick action by insurers or government officials, the job losses will be more devastating to the Texas economy, and more importantly, hurt the health of Texans.