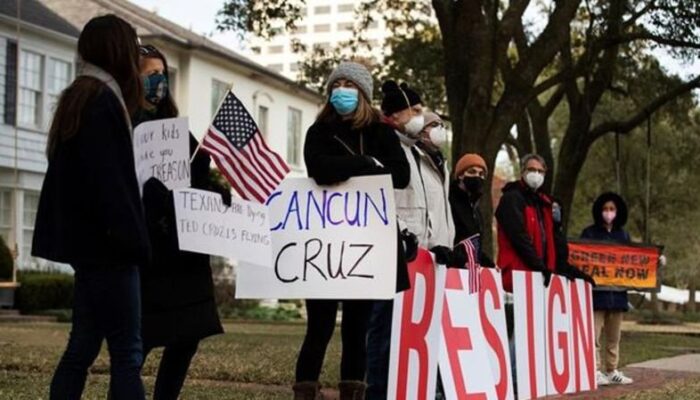 Johnson confirmed Britain will be sending all of its surplus vaccines to COVAX, a development that could place Trudeau in a hot seat because Canada is the only G7 country using its membership in the program to get extra vaccines for its own population.

The Liberals have been under fire from international organizations and some opposition parties for the decision to accept 1.9 million doses of vaccine from COVAX for domestic use in Canada by the end of June.

Trudeau has defended the decision on the grounds that countries that contribute to COVAX are allowed to receive vaccines of their own and he has noted that Canada is one of the leading contributors to international program.

COVAX is a partnership created last year under the World Health Organization to help deliver billions of expensive vaccine doses to poor countries that can’t afford them.

A national agency leading a network of labs hunting for variants of COVID-19 is aiming to double its efforts across Canada as part of a global surveillance initiative to keep up with new strains that may become more prevalent.

Viruses naturally mutate over time, and several COVID -19 variants of concern have been identified, including those that were first associated with the United Kingdom, South Africa, Brazil and Nigeria, all of which have been detected in Canada.

New variants, some of which are more transmissible, are identified using equipment that sequences the virus’s genetic material or genome in patients to show that the main variant has developed a group of mutations on what could be considered the family tree of the virus.

Dr. Catalina Lopez-Correa, executive director of the Canadian COVID-19 Genomics Network, which was created in April 2020 as part of Genome Canada, said the emergence of the variant linked to the U.K. led to an increase in capacity last December at six regional centres and public health labs.

“We needed also to develop a strategy to prioritize samples that we would sequence faster,” she said of a greater focus on some samples, including from communities with large outbreaks as well as patients who had travelled or been infected again.

The network involves a seven-days-a-week push to generate sequencing data with the help of a variety of experts, including “bench scientists” who do the sequencing, biostatisticians who analyze samples and others who interpret the “family tree” of the virus as it produces new variants, some that could be concerning, Lopez-Correa said.

What we are watching in the U.S. …

As Texans shivered, Texas Sen. Ted Cruz and his family vacationed in sunny Cancun but now seem to be facing cold discontent on his return.

Cruz faced widespread condemnation on Thursday for taking a tropical vacation with his family in Mexico while his home state was paralyzed by a deadly winter storm that left many without power or safe drinking water.

As criticism of the trip mounted, Cruz, a Republican, returned to Texas and said it was “obviously a mistake.”

The extreme weather was blamed for the deaths of over three dozen people, some while trying to keep warm.

Cruz is already one of the most villainized Republicans in Congress, having created adversaries across the political spectrum in a career defined by far-right policies and fights with the establishment.

More recently, he emerged as a leader in former president Donald Trump’s push to overturn the results of the November election.

What we are watching in the rest of the world …

Australia’s prime minister on Friday urged Facebook to lift its blockade of Australian users and return to the negotiating table with news publishing businesses, warning that other countries would follow his government’s example in making digital giants pay for journalism.

The blockade has escalated a fight with the government over whether powerful tech companies should have to pay news organizations for content.

“The idea of shutting down the sorts of sites they did yesterday, as some sort of threat — well, I know how Australians react to that and I thought that was not a good move on their part,” Morrison told reporters.

“They should move quickly past that, come back to the table and we’ll sort it out,” he added.

There was public outrage at how the Facebook blockade was bungled, cutting access — at least temporarily — to pandemic, public health and emergency services.

Newspaper headlines included: “No likes for unsocial network,” and “Faceblock.”

An article about how fake news would replace credible journalism in Australian feeds carried the headline: “’Fakebook’ shows all it cares about is profit, not people.”

Canada claimed jurisdiction over all waters of the Northwest Passage, and between the islands of the Arctic archipelago.

Commissioner Randy Ambrosie says the CFL remains committed to returning in 2021, but is leaving the door wide open regarding exactly how that will look.

The CFL didn’t play in 2020 due to the COVID-19 pandemic. Plans for an abbreviated season were shelved in August after the league failed to secure a $30-million, interest-free loan from the federal government.

The CFL unveiled a full 18-game schedule for all nine teams last November, one that Ambrosie said it remains on track for in 2021. However, the commissioner added the league is keeping all of its options — including teams playing fewer than 18 games — open.

“We’ve got a schedule in place and we’re committed to it,” Ambrosie told The Canadian Press. “Our real focus is on all the planning that’s going to have to go into executing against that and also having maximum adaptability because there’s no doubt we’re going to have to make adjustments to our plan.

“We just need to be ready at a moment’s notice to make those adjustments . . . that’s really how we’re planning our business. We’re committed to being on the field in 2021 . . . we’re just keeping all of our avenues open.”

The CFL made repeated pitches to Ottawa last year for funding it maintained was essential for an abbreviated season. Ambrosie repeatedly stated the league had collectively lost around $20 million in 2019 and a source familiar with the situation said the CFL lost between $60 and $80 million by not playing in 2020.

A Quebec judge has ruled against a law firm that tried to deduct the cost of a lavish wedding for the daughter of one of its partners as a business expense.

Judge Daniel Bourgeois of Quebec court ruled last month that the firm Spiegel Sohmer could not write off the $75,000 it reimbursed to lawyer Robert Raich and that Raich needs to pay taxes on the amount as a benefit.

The decision states that Raich, a tax lawyer, had argued that he’d thrown the sumptuous Montreal wedding party for his daughter Jacqueline in part to strengthen ties with the firm’s clients. His daughter testified that she hardly knew or didn’t know at all the business associates invited by her father.

“The marriage took place in Montreal because, (Raich) said, he wanted mainly to promote the interests of Spiegel Sohmer and demonstrate his appreciation to his clients and business associates,” the Jan. 15 decision said, noting that the daughter and her groom lived in the United States.

Raich claimed nearly half the cost of the $169,000 wedding on a firm expense account, reasoning that 97 of the 218 guests were his clients or business associates. The firm reimbursed him the $75,242 he sought, and claimed the amount on its 2012 tax filing.

Revenue Quebec took issue with the deduction and refused it on the basis that a wedding is clearly personal in nature.

This report by The Canadian Press was first published Feb. 19, 2021