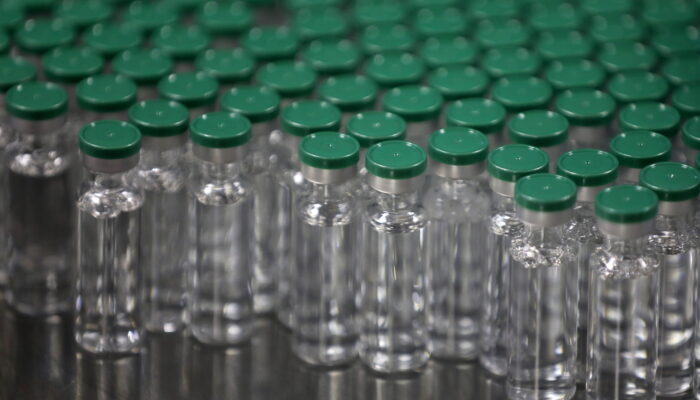 Over the last month, the Kenya Medical Research Institute Wellcome Trust (KEMRI) implemented phase one of a trial of AstraZeneca’s COVID-19 vaccine candidate. KEMRI kicked off the trial by injecting a collection of volunteers before moving on to health workers and front-line workers. KEMRI’s principal investigator, George Warimwe, shared his excitement about the trial and its location in Africa, saying, “We expressed interest in evaluating this vaccine in Kenya because we think that it is important for vaccines to be shown to work in all populations.” This most recent trial is one of many in KEMRI’s long history of leading evaluations of vaccines and other medicines for viruses such as yellow fever, Dengue fever, and Ebola.

KEMRI views AstraZeneca’s vaccine candidate as logistically more suitable for distribution across the continent, as it can be stored at room temperature, unlike other leading vaccine candidates, meaning its effectiveness will not need to rely on cold storage facilities and reliable electricity sources. Nevertheless, logistics group DHL announced this week that it is able to meet the strict demands of the COVID-19 vaccines that need to be deep frozen during transport and, thus, deliver the vaccine across sub-Saharan Africa.

AstraZeneca released promising intermediate results of its vaccine trials in Brazil and the U.K. late last month that revealed the vaccine to be 90 percent effective. Notably, AstraZeneca is contractually obligated by Oxford University, the developer of the vaccine, to sell it at cost, meaning that it will be priced at around $3 or $4 per dose. This lower price point indicates that developing countries may not be subjected to a bidding war with richer nations over vaccine doses.

Ethiopian military says it has taken control over Tigray capital

Last Saturday, Ethiopia’s military declared the end of its four-week offensive after indicating that it had gained “full control” of Mekele, the capital of the rebelling Tigray region. Despite the declaration, there are signs that the conflict is not over: In fact, Saturday night, explosions in Ethiopia could be heard across the border in the Eritrean capital of Asmara. There also have been reports of continued fighting in areas outside of Mekele. Despite signs of the conflict continuing, Zadig Abraha, Ethiopia’s minister in charge of democratization, sought to dispel such reports, saying, “There is no war.” Moreover, Sudanese forces on Thursday confirmed that Ethiopian forces had closed the border to Sudan, blocking more than a dozen people trying to cross into Sudan. As a result of this continued unrest, more than 45,000 Ethiopians, half of whom are children, have fled into rural Sudan.

When it comes to humanitarian relief, the United Nations said this week that it reached an agreement with Ahmed’s government that allows humanitarian groups “unimpeded, sustained and secure access” to areas of Tigray that the federal government controls. United Nations officials are particularly concerned with shortages of food, fuel, and the safe passage of refugees. However, communications are returning only on a limited basis, making it difficult for the aid agency’s officials to verify reports both by the federal government and those made on the ground.

Late last month, Burkina Faso’s primary opposition leader conceded defeat in the country’s presidential election after preliminary results revealed that incumbent President Roch Kabore had won 58 percent of the vote, avoiding a second round and securing his second term. While many opposition supporters claim that the election results have been tainted by fraud and irregularities, independent observers report that they have not seen outright manipulation, though errors—including incorrectly distributed ballots and polling location irregularities—have arisen. Notably, though, the threat of Islamist violence resulted in the closure of nearly one-fifth of polling booths countrywide that support nearly 7 percent of the electorate. Nonetheless, the electoral commission has dismissed the claims of “massive fraud” cited by the opposition. In advance of the vote, observers had praised the competitiveness of the election, which had 13 candidates, including Yeli Monique Kam, the second woman in the country’s history to run for the president’s office.

Kabore will begin his second term with the immediate challenge of warring extremist groups that are responsible for the deaths of more than 2,000 people this year and who are linked to al-Qaida and the Islamic State. Violence has rendered swaths of land in the country’s north and east “ungovernable” and forced at least 1 million people (around 5 percent of the population of Burkina Faso) to leave their homes. Just last month, the Islamic State carried out an attack on a military convoy that killed 14 soldiers and wounded eight more, one of the most deadly attacks the Burkina Faso military has seen in years.

About the Author: Jeannine Ajello