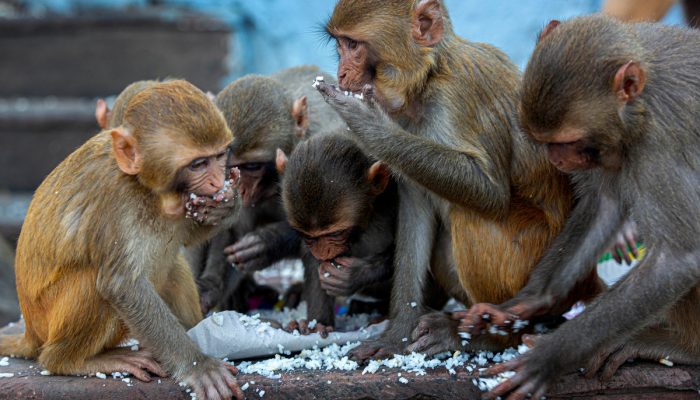 Chinese researchers say they have successfully protected monkeys with a coronavirus vaccine — the first instance of a trial working on an animal.

Scientists at Sinovac Biotech, a private Beijing based company, dosed out two versions of its vaccine to eight rhesus macaque monkeys. Three weeks later when the monkeys were exposed to the deadly pathogen, none developed a full-blown infection, according to the study published recently in the preprint server bioRxiv.

Even though the trial was limited to only a few monkeys, Meng Weining, Sinovac’s senior director for overseas regulatory affairs, told Science Magazine that the results “give us a lot of confidence” that the vaccine will work in humans.

Florian Krammer, a virologist at the Icahn School of Medicine at Mount Sinai, also told the academic journal that the “old-school” nature of the vaccine — a formula of a chemically inactive version of the virus — means it could break down barriers to access.

“I like it,” Krammer said. “This is old school but it might work. What I like most is that many vaccine producers, also in lower–middle-income countries, could make such a vaccine.”

The monkeys given the largest amount of the vaccine in the trial recorded the best response, with researchers unable to detect the virus in any of their pharynxes or lungs. Monkeys that received a lower dose developed a minor infection which they appear to have been able to control.

When administered to the monkeys, the vaccine “neutralized” the strains of the virus isolated from coronavirus patients in China, Italy, Switzerland, Spain and the United Kingdom, the researchers wrote.

The researchers acknowledged that monkeys with the coronavirus don’t develop the most severe symptoms experienced in humans but reasoned “it’s still too early to define the best animal model for studying SARS-CoV-2.”

However, the monkeys used for the study “mimic COVID-19-like symptoms” when subjected to the virus, they wrote in the study.

Sinovac is well-versed in developing vaccines, according to Science Magazine, having marketed vaccines for hand, foot, and mouth disease; hepatitis A and B; and the bird flu.

So far, more than 2.6 million people around the world have been infected with the coronavirus, and more than 188,000 people have died, according to Johns Hopkins University.