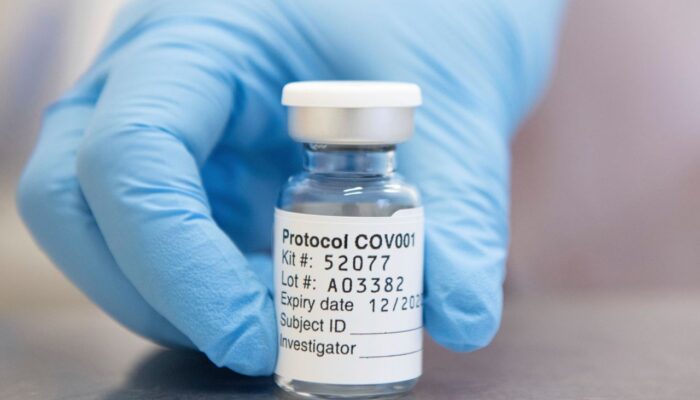 
AUSTIN (KXAN) — On Wednesday, Gov. Greg Abbott announced Texas is expected to receive its first allotment of more than 1.4 million doses of COVID-19 vaccines in less than two weeks.

The vaccines should start arriving in the state the week of Dec. 14, according to Abbott’s office. The doses will then be distributed to providers statewide, who will give the shots based on the state’s vaccine distribution guidelines.

More allotments may be made later on this month, Abbott’s office said, and increased allotments are expected in January.

“The State of Texas is already prepared for the arrival of a COVID-19 vaccine, and will swiftly distribute these vaccines to Texans who voluntarily choose to be immunized,” said Abbott in a press release. “As we await the first shipment of these vaccines, we will work with communities to mitigate the spread of COVID-19.”

That’s welcome news to nursing homes and long-term care facilities across the state of Texas.

According to the Austin-Travis County COVID-19 Long-Term Care Facility Weekly Dashboard, there have been more than 1,900 cases of COVID-19 and 200 deaths in these facilities since tracking began. Austin-Travis County Interim Health Authority Dr. Mark Escott said he wants to prioritize these people first.

“I believe we really need to focus our efforts early on, get the very first vaccines to those residents and those healthcare workers caring for individuals in those settings,” Escott said.

That’s in line with Abbott, who is planning the allocation of the doses based on the Vaccine Distribution Principles developed by the state’s Expert Vaccine Allocation Panel.

“This can be a very deadly virus for older individuals, especially those in nursing homes,” said Dr. David Lakey, a voting member on the panel. “I will have no reluctance at all telling my mom and dad, when it’s their turn, that they need to get immunized. When its my turn, I will get immunized.”

Other people are wary about having their parents first in line. Despite not seeing her 85-year-old mother in person for several months, Karla Balluch said she is nervous the vaccine candidates have not been tested on enough people.

“I feel like every drug and every vaccine has to be tested over a number of years, and they are doing this warp speed thing. In my opinion, they are doing it a little too fast,” Balluch said.

Lakey says the data shows the vaccine is very safe and effective over a large trial population. Recipients may experience minor aftereffects like headaches and soreness, but there has been no severe illnesses reported, Lakey said.

He said the 1.4 million doses are based on the population and the severity of the outbreak in Texas. He estimates it to be about 10% of the country’s initial rollout. Because it will go quickly, he said people who are being offered first priority should take advantage of it.

“We are going to need more down the line, but it gets us moving down that path of securing the healthcare system here in Texas,” Lakey said.

Nursing homes are already preparing their residents and staff.

Belmont Village Senior Living, which has around 1,400 total residents and staff among its communities in Texas, has secured an agreement with Walgreens and CVS, like many other long-term care facilities. These providers will come to the communities to distribute the vaccine when it’s time.

Founder and CEO Patricia Will said she was thrilled Abbott sided with the CDC recommendation to prioritize the people in long-term care facilities.

“If there is a way of either diminishing the effect of COVID-19 or eliminating the risk, most people that I encounter in the workplace are certainly excited,” Will said.

Belmont Village Senior Living has already invested several million dollars in additional PPE, and Will says the organization has a robust employee surveillance testing program for COVID-19. Even still, these measures aren’t foolproof.

The Austin-Travis County COVID-19 Long-Term Care Facility Weekly Dashboard shows the two Belmont Village locations in Austin have experienced a combined 57 cases of COVID-19 and four deaths. Will says she will strongly encourage her staff to receive a vaccine treatment.

“They certainly want to know when they will get it and how quickly they will be able to get it,” Belmont Villages Lakeway Executive Director Clint Strickland said of residents and staff. “Having a light at the end of this tunnel is something that they have and need to hold on to.”

Advisory panel decides who will get COVID-19 vaccines first

The U.S. Food and Drug Administration is scheduled to talk about the emergency approval of COVID-19 vaccines next week, with the first discussions starting Dec. 10.

About the Author: Jaclyn Ramkissoon