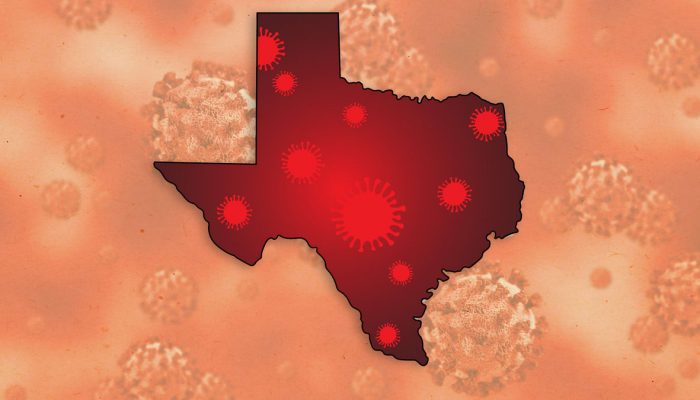 “Just to be clear, we’re not COVID-deniers or anything.”

Dustin Evans is nervous right now. But the 31-year-old general manager of Southern Roots Brewing Company in downtown Waco, Texas, is committed to reopening his bar at 25-percent capacity on Friday, even with small children and a pregnant wife at home. After all, COVID-19 cases seemed to taper off in his area, with four new infections reported Wednesday marking the first uptick in days.

“It’s not an easy decision, but my parents have poured their life into this business,” Evans told The Daily Beast. “It might be a little dance with the devil, but it came down to someone dropping off a pot of gold at the front door or letting us figure out how to work with this.”

“We’ve been doing to-go beer, but it’s just nothing like when you get a big group of people in here hanging out for an hour and a half,” he added.

After the initial fear and confusion of the unprecedented global COVID-19 outbreak, Evans said, the brewery purchased personal protective equipment, including masks, and made plans for daily employee screenings. Staff also redesigned the taproom, outdoor space, and seating areas with social distancing in mind.

“As much as we wish we could stay home until we find a vaccine, we just can’t,” said Evans. “The president says one thing, the governor says another thing, the local city leaders say another thing.”

Evans, at least, has some encouraging recent numbers on his side. The same can’t be said for the state as a whole. In fact, novel coronavirus cases have surged in Texas as business has lurched back to life with steady prodding from Gov. Greg Abbott. On May 1, restaurants opened up at 25 percent capacity, and on Friday, they will be allowed to hit 50 percent capacity—joined by bars at 25 percent. A slew of other businesses, including day-care centers, youth clubs, personal-care services, gyms, office spaces, bowling alleys, and aquariums will all be able to operate at varying levels of activity in the coming days.

According to a New York Times analysis, by next week, Texas and West Virginia will be tied for the most industry sectors reopened of any state in the country.

The problem, according to conversations with residents, business owners, and health experts in the state, is that Texas is experiencing outbreaks in both rural areas with meatpacking facilities and prisons, as well as some of its biggest counties, like Houston, the fourth-largest city in the country. The fear was that isolated signs of progress and unsteady measurements were being used to justify aggressive, top-down reopening, putting millions in danger.

“Today was our deadliest day ever in Dallas County, and we haven’t seen a decline yet in anything,” Dallas County Judge Clay Jenkins told The Daily Beast on Tuesday. “You have to ask yourself not what is legal but what is safe.”

According to state data, two weeks into its first phase of reopening restaurants and retail stores, Texas last Thursday reported its largest daily increase in both coronavirus cases and deaths. Gov. Abbott justified the continued progress by citing metrics like steadying hospitalizations and infection totals, and some areas have shown genuinely promising signs of calm.

Still, May 14 marked the seventh straight day with 1,000 new coronavirus cases in the state. The numbers have remained fairly stable—and high—since, with 1,219 new cases overnight on Wednesday, and case totals reached 50,552, with 1,388 deaths, according to the Johns Hopkins University Coronavirus Resource Center.

Adding to the sense of uncertainty, a concerning discrepancy was revealed in the state’s COVID-19 case totals this past weekend, when The Texas Observer reported the state might be inflating its testing numbers by mixing antibody test results with its diagnostic test results. Though Gov. Abbott denied that report on Monday, he was later countered by the leader of the Democratic Caucus in the Texas House of Representatives, who said his source was the state’s own Department of State Health Services.

In other words, echoing an ongoing feud over data transparency in another GOP-led state moving quickly to reopen—Florida—state, county, and local officials in Texas can’t even agree on metrics, much less how to proceed with easing the lockdown.

After a tense back and forth between the governor and some localities, Abbott on Monday did agree to grant exceptions to some areas, including Amarillo and El Paso, where outbreaks have continued to ravage local populations. El Paso County Judge Ricardo Samaniego was one of a dozen local leaders to ask if the governor would exclude his county from the reopening, using a compelling bit of data: On May 1, when many state restrictions were lifted, El Paso County had 961 positive cases. Fourteen days later, cases had risen 67 percent, to 1,607.

But while those cities were given breathing room, the two counties with the worst outbreaks in the state—Harris, which includes Houston, and Dallas—will still be forced to move forward with reopening, whether they like it or not. To ensure big-city officials proceed with the plan, Texas Attorney General Ken Paxton’s office went so far as to send letters to leaders in Dallas, Austin, and San Antonio warning that “unlawful” local mask requirements or shelter-in-place orders that go further than the state’s restrictions would be met with legal action.

Echoing the precedent set by businesses in Georgia, that tension has led some restaurants to balk at reopening, even with the go-ahead from Abbott.

“Right now, we deliver everything to the trunks of people’s cars,” said 44-year-old Adam Orman, the owner and general manager of the Austin-based Italian restaurant L’Oca d’Oro. “It’s not just that we’re being cautious, it’s that we know that opening up at 25 percent or 50 percent is not a great option because it’s much more costly than running takeout.”

“We don’t stand to make more by opening up, but we will definitely be putting a lot more at risk,” he added, noting that it’s not yet clear how many patrons would even return, considering their neighborhood and clientele, not to mention public health guidelines that advise against unnecessary social engagement.

To that end, L’Oca d’Oro and about 100 other local businesses have been working through the organization Good Work Austin, which advocates for small business funding and support, to counsel restaurants and bars on how—and when—to reopen safely. New, democratically created guidelines among members will be approved and sent out in the coming days to help its businesses commit to—and then promote—those very changes.

Meanwhile, in Houston, local health authorities were doing “everything” they can to ramp up testing, according to Dr. Umair A. Shah, executive director of Harris County Public Health in Houston, who noted the county was testing about 12,000 people per day. “So can everyone get tested? 4.7 million people live in Harris County. What does ‘everyone’ mean? Because if 4.7 million people said today they want to get tested? Absolutely not.”

As of Wednesday afternoon, Harris County had the highest case count in the state, with 9,859 confirmed infections and 207 deaths.

“At the end of the day, we have to follow our state leaders and governors and the decisions they’re making,” said Shah, noting that anyone asking for his advice should probably avoid bars and other public settings entirely.

Turgay Ayer, an associate professor at Georgia Institute of Technology’s School of Industrial and Systems Engineering, recently released a state-by-state COVID-19 simulator with colleagues at Harvard, Massachusetts General Hospital, and Boston Medical Center. It was updated with anonymized cell phone mobility data this week, which showed a range of case and death predictions under various levels of lockdown. Under 20 percent partial opening, estimated new COVID-19 daily cases in the state would peak at 1,340 on August 24, according to Ayer’s analysis. But under a 50 percent partial opening, the estimated new COVID-19 daily cases would peak at 7,420 on August 31. By that date, the total number of deaths from COVID-19 in Texas would reach 5,130 under the 50 percent model.

“Once we see 7,000 daily new cases, containing the virus would be extremely difficult,” Ayer told The Daily Beast. “It will take a lot longer and a lot more effort.”

“If it comes to a point where it significantly hurts the economy in addition to people’s lives, reclosing might be the only option on the table,” he added.

To be clear, Ayter noted, the model accounts for various levels of mobility, but cannot precisely differentiate between bars versus restaurants and was not crafted around Texas policies so much as to offer a broad look at the effect of various levels of contact. And these models are not foolproof. Ayer said models looking at Georgia’s reopening were, to some degree, proved wrong: As restrictions lifted and mobility increased, case counts did not appear to skyrocket the way they were expected to. Essentially, though the data showed that people were more mobile and interactive, he explained, they also appeared to be more careful.

Bars add another wild card to the mix, however.

“Even with perfect physiological and biological information, we can’t predict human behavior,” said Dr. Marilyn Felkner, a clinical assistant professor of public health at the University of Texas at Austin who previously managed the Emerging and Acute Infectious Diseases Branch of the Texas Department of State Health Services. “If everyone who used to go to bars crowds to a bar, there’s going to be increased transmission. If people are judicious and there’s a handful of people in the bar, it doesn’t raise the risk much.”

Multiple experts noted that, even if folks are more careful when stepping back into public settings, adding alcohol into the mix at bars could easily lead to poorer—or less conscientious—decision-making.

The implications for Texas were clear: Ayer’s model—and another published this week by the UT Southwestern Medical Center—show there’s significant risk to quickly reopening the state, especially with a slew of hot zones in major metropolitan areas.

As Ayer put it, “The bottom line is that 50 percent opening is too much.”