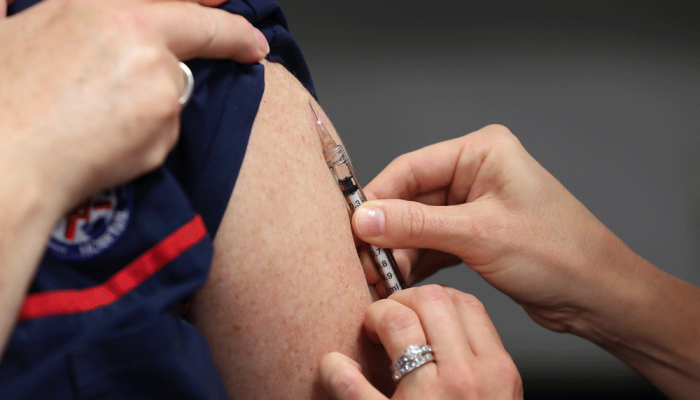 In a paper posted on his cancer research lab’s website, the University of Toronto professor proposes setting up special hospitals where volunteers could be deliberately infected with low doses of the COVID-19 virus, helping build a protective herd immunity in the year or more before a vaccine becomes available.

One colleague equated his suggestion to the Nazis’ medical experiments on concentration-camp prisoners.

But different versions of the provocative idea have slowly picked up support as the world looks for ways to escape economically devastating lockdowns, while keeping people safe from the novel coronavirus.

Quebec Premier Francois Legault cited the concept of herd immunity Thursday, saying science indicates it would be a mistake to keep the province in lockdown for months to come. “If everyone stays home, nobody will get immunized,” he said.

A U.S. group has recruited over 2,000 volunteers willing to be infected by COVID-19 as a way to more rapidly test potential vaccines.

And a few doctors and academics have gone further, suggesting health workers and others be voluntarily infected to create a potentially immune medical army or better control the pandemic. It would revive an ancient tactic — called variolation — where people were given a limited dose of smallpox to try to avoid a more devastating infection.

“It looks like a crazy idea — people say ‘No, no, no,’ ” admitted biochemist Diamandis, who heads the Advanced Centre for Detection of Cancer at Mt. Sinai Hospital. “(But) the isolation leaves billions of people without immunity, and at the end of the day we must achieve immunity one way or another. And this is one way.”

Naturally, though, the concept is controversial, with some scientists and bio-ethicists warning that it would violate basic moral principles of medicine and research — whether someone was given a vaccine first or not.

“I don’t subscribe to either of these proposals,” said Michael Houghton, a University of Alberta virologist developing a coronavirus vaccine under a federal government grant. “Infecting people to build herd immunity is wrong — you do that with a vaccine, not with the virus.”

Quebec Premier Francoise Legault: “If everyone stays home, nobody will get immunized.”

Underlying the debate is the notion that the world will not be fully free of the COVID-19 threat until there is enough immunity to cut short transmission of the virus, often pegged at about 60 per cent of the population. The most likely way to achieve that state is with a vaccine. But despite numerous, hugely expedited development projects, experts say one won’t be ready for a year to 18 months.

Vaccine efficacy trials typically involve a group randomly picked to receive the new agent and one that receives a placebo, the immune response gauged as they go about their normal lives. Bioethicist Nir Eyal and colleagues at New Jersey’s Rutgers University proposed in a paper last month conducting trials where the subjects were purposely exposed to the virus to test the vaccine’s effectiveness, a measure they argued could shave months off the approval process.

To that end, the grass-roots group 1DaySooner said it had recruited almost 2,400 volunteers in 52 countries by Thursday afternoon to submit themselves to such studies.

Houghton agrees “challenge” trials would make the process faster, but argued they are only ethically acceptable when there’s an effective treatment for the disease in case the vaccine doesn’t work. None yet exists for COVID-19.

Riam Shammaa, whose Montreal-based company Intellistemtech Technologies has developed a candidate vaccine, said he does not believe challenge trials are even necessary, given that regulators like Health Canada and the U.S. FDA are allowing an accelerated process for approving COVID-19 shots.

And he has ethical concerns: “You should have a very, very good lawyer if you actively infect people.”

Meanwhile, others have pitched deliberate contamination as a stopgap until there is a vaccine.

Economist Robin Hanson of George Mason University suggested “controlled infection” of sections of the population to make it easier to manage the pandemic.

Neuroscientist Michael Segal recommended in the Wall Street Journal careful infection of willing first responders, followed by quarantine in shuttered resorts, so they could freely work with the infected patients.

Dr. Eleftherios Diamandis’s paper “is shocking in that it proposes the deliberate infection of healthy people in the prime of life by a feared virus,” one ethicist says.

Diamandis says in his paper Canada should continue to pursue social distancing measures and consider his idea only if the epidemic peak is passed, the burden on health care lifted and no vaccine is in sight. Then, he proposes infecting young, low-risk volunteers with a small dose of the coronavirus, the assumption being that a low viral load would result in minimal illness, but eventual immunity.

This would be done in a hospital or specially outfitted facility with intensive-care units and ventilators, he says, with repeated waves of volunteers infected to work toward herd immunity.

Udo Schuklenk, a Queen’s University bio-ethicist, said he can’t vouch for the potential effectiveness of such a measure, but said it would be ethically acceptable if patients were carefully chosen and consented after being fully briefed on the risks.

He cited the legal principle Volenti non fit injuria – to a willing person, no injury is done.

Diamandis’s paper “is shocking in that it proposes the deliberate infection of healthy people in the prime of life by a feared virus,” said ethicist Juliet Guichon of the University of Calgary. But it’s thoughtful and “offers an important idea to discuss.”

Colleague Dr. Ian Mitchell, a University of Calgary pediatrician and ethics expert, is not so sure, noting that it’s still unclear what kind of immunity COVID-19 infection imparts, and for how long.