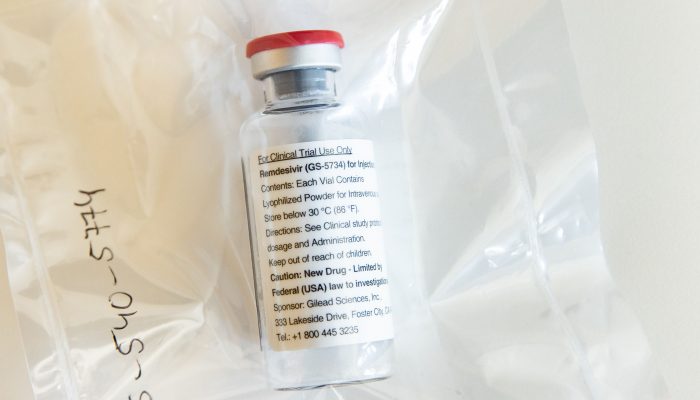 
A government-run study of Gilead’s remdesivir, perhaps the most closely watched experimental drug to treat the novel coronavirus, showed that the medicine is effective against Covid-19, the disease caused by the virus.

Gilead made the announcement in a statement Wednesday, stating: “We understand that the trial has met its primary endpoint.” The company said that the National Institute of Allergy and Infectious Diseases, which is conducting the study, will provide data at an upcoming briefing.

The finding — although difficult to fully characterize without any data for the study — would represent the first treatment shown to improve outcomes in patients infected with the virus that put the global economy in a standstill and killed at least 218,000 people worldwide.

Over the past few weeks, there have been conflicting reports about the potential benefit of remdesivir, a drug that was previously tried in Ebola. As previously reported by STAT, an early peek at Gilead’s study in severe Covid-19 patients, based on data from a trial at a Chicago hospital, suggested patients were doing better than expected on remdesivir. Days later, a summary of results from a study in China showed that patients on the drug did not improve more than those in a control group.

Full results from the China study were also released Wednesday.

But the NIAID study, which was not expected to be released so soon, was by far the most important and rigorously designed test of remdesivir in Covid-19. The study compared remdesivir to placebo in 800 patients, with neither patients nor physicians knowing who got the drug instead of a placebo, meaning that unconscious biases will not affect the conclusions.

The main goal of the study is the time until patients improve, with different measures of improvement depending on how sick they were to begin with. While the result means that the drug helps patients improve faster, it is not possible to say how dramatic those improvements are.

Scott Gottlieb, the former commissioner of the Food and Drug Administration, said he expected there was enough evidence for the agency to issue an “emergency use authorization” for remdesivir.

“Remdesivir isn’t a home run but looks active and can be part of a toolbox of drugs and diagnostics that substantially lower our risk heading into the fall,” he said.

The FDA previously issued an emergency authorization for the malaria drug hydroxychloroquine to treat Covid-19, even though at least some studies suggesting the medicine was not effective. “If hydroxychloroquine met [the emergency] standard, then remdesivir would have seemed to cross that line a while ago, especially in the setting of treating critically ill patients,” Gottlieb said.

Remdesivir, which must be given intravenously, is likely to remain a treatment for patients who are hospitalized. But it is also likely that it will be most effective in patients who have been infected more recently, said Nahid Bhadelia, medical director of the special pathogens unit at Boston Medical Center.

“We know that with most antiviral medications the earlier you give it the better it is.” said Bhadelia, who had experience giving remdesivir as an experimental treatment for Ebola in Africa, where results are less encouraging. That means that better diagnostic testing will be essential to identifying patients who could benefit. “What will be important is that we find people on the outpatient side,” Bhadelia said. “Again, testing becomes important, we want to have them come to the hospital as soon as possible.”

Although the data have not yet been released, it’s standard procedure for pharmaceutical and biotechnology companies to release market-moving information as soon as they have it, due to regulatory requirements.

Gilead on Wednesday did release data from its own study of remdesivir in patients with severe Covid-19. This study showed similar rates of clinical improvement in patients treated with a five-day and 10-day course of remdesivir, the company said.

“Unlike traditional drug development, we are attempting to evaluate an investigational agent alongside an evolving global pandemic. Multiple concurrent studies are helping inform whether remdesivir is a safe and effective treatment for COVID-19 and how to best utilize the drug,” said Merdad Parsey, MD, PhD, Chief Medical Officer, Gilead Sciences, in a prepared statement.

Gilead said that its own study in severe patients showed that it may be possible to treat patients with a five-day treatment of remdesivir, not the 10-day course that was used in the NIAID trial.

The company’s study is enrolling approximately 6,000 participants from 152 different clinical trial sites all over the world. The data disclosed Thursday are from 397 patients, with a statistical comparison of patient improvement between the two remdesivir treatment arms — the five-day and 10-day treatment course. Improvement was measured using a seven-point numerical scale that encompasses death (at worst) and discharge from hospital (best outcome), with various degrees of supplemental oxygen and intubation in between.

The study design means that by itself it doesn’t reveal much about how well remdesivir is working, because there is no group of patients who were not treated with the drug. The conclusion is that the two durations of treatment are basically the same.

Peter Bach, the director of the Center for Health Policy and Outcomes at Memorial Sloan Kettering Medical Center, said he is eager to see the data from the NIAID study but renewed his criticism of Gilead’s severe study for lacking a control group of untreated patients. That would have allowed researchers to make important conclusions about how the drug works that are just not possible now, he said.

“They’ve squandered an unbelievable opportunity,” Bach said. “It’s not going to tell us what to do with 80-year-olds with multiple comorbidities compared to 30-year-olds who are otherwise healthy. We’re still going to be foundering around in the dark, or at least in a dim room, when we could have learned more.”

Patients in the trial generally lived, though this may be because their illness was not that severe to begin with. For most of the study, patients already on ventilators were not enrolled.

A full evaluation of the results will have to wait until complete data are available.

In the China study, also published Wednesday in The Lancet, investigators found that remdesivir “did not significantly improve the time to clinical improvement, mortality, or time to clearance of virus in patients with serious COVID-19 compared with placebo.”

The China study enrolled patients with more severe Covid-19 than the study conducted by NIAID. The China study was also stopped early because of difficulties enrolling patients as the pandemic waned in China.

About the Author: Matthew Herper