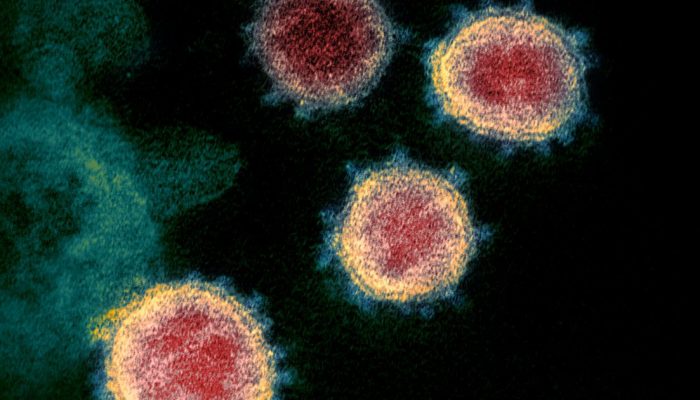 
Updated at 5:50 p.m.: Revised to include cases in Tarrant, Denton and Collin counties.

The most recent victims are an Irving man in his 40s, a Farmers Branch man in his 50s, a Grand Prairie woman in her 70s, a Mesquite man in his 70s and a man in his 70s who had lived at a Dallas long-term care facility.

More than a third of the county’s COVID-19 deaths have been tied to long-term care facilities.

“Today’s number of cases is markedly lower than what we saw last week and now halfway through the week we’re seeing a healthy decline in the number of new positive cases,” County Judge Clay Jenkins said in a statement.

Jenkins said the county hasn’t seen a significant increase in testing, though some new testing sites have opened, so comparing the past three weeks “somewhat of an apples to apples comparison,” he said.

“We’ve seen an increase, then a plateau, and now we’re seeing a gradual decline,” Jenkins said. “The doctors tell me to temper my optimism on this and that the key numbers to look at are ICU admissions, hospital beds and deaths, but I’d rather see the number of new cases going down than up.”

Hospitals in Dallas report their bed capacity daily to Dallas Mayor Eric Johnson’s office. On Tuesday, about 65% of the total hospital beds among 25 Dallas hospitals were occupied.

For intensive care unit beds, about 71% were occupied Tuesday after the percentage had hovered in the upper sixties for about a week.

And 33% of the 945 total ventilators among those hospitals were in use.

The county has seen a total of 8,090 coronavirus cases. Of the patients who have been hospitalized who reported their employment to the county, more than 80% have been “critical infrastructure workers.” The county defines that as people who work in health care, transportation, food and agriculture, public works, finance, communications, clergy, first responders and other essential jobs.

Jenkins urged people to continue to avoid unnecessary crowds, to practice social distancing and to wear a face covering in public.

“As more and more businesses open, we must focus not on what is legal, but on what is safe as advised by the doctors,” he said.

The county has reported a total of 4,711 cases and 132 deaths, as well as 1,716 recoveries. The county said 126 recoveries reported Tuesday were people who had been part of a federal prison outbreak.

Four children at Cook Children’s Hospital in Fort Worth have been treated for a rare syndrome that could be linked to COVID-19, the hospital confirmed Tuesday.

The patients at Cook Children’s ranged in age from 6 to 14 and have been treated since May 9, the hospital said. All children had previously been exposed to COVID-19 before coming to the hospital.

The condition, which is known as multisystem inflammatory syndrome, or MIS-C, has symptoms including fever, stomach pain and rashes, conjunctivitis and swelling, the hospital said in a news release. Severe cases can cause multi-organ dysfunction, shock from low blood pressure, and lethargy.

Three of the children tested negative for COVID-19, while one tested positive, the hospital said. One patient is being treated in a pediatric intensive care unit, while the other three have been released from the hospital.

“We believe all of these cases are related to COVID-19,” Rister said. “The three negative results are evidence of how far the infection had progressed, resulting in the inflammatory syndrome.”

Rister said parents should be aware of unexplained fever or generalized inflammation in their children, which may be signs of the condition.

No new deaths were reported, so the county’s toll stood at 31. Collin County has seen a total of 1,090 cases, including 740 people who have recovered.

Of the 319 active cases, 11 people are hospitalized and 308 are in home isolation.

Denton County announced 45 new cases of COVID-19 on Wednesday, bringing its total to 1,161.

The county also reported 21 new recoveries for a total of 592 recovered patients. Twenty-eight COVID-19 deaths have been reported in Denton County.

The county now has a total of 286 cases and 210 recoveries. Sixty-four cases are currently active, the county said.

Rockwall County reported six more cases of the novel coronavirus, including one at the Broadmoor Medical Lodge in Rockwall.

Of the five other new cases, four are in Rockwall and one is in Heath.