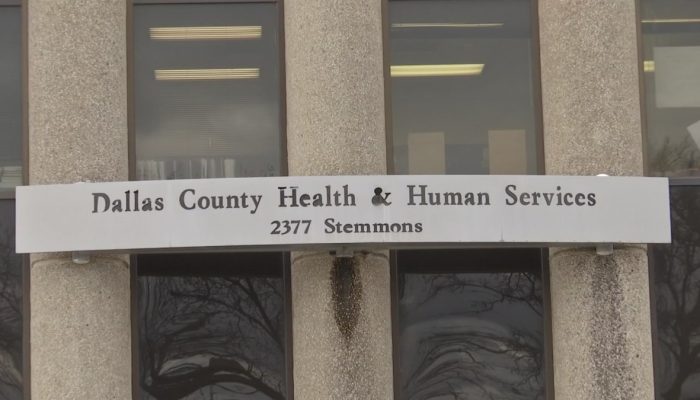 
Another seven people have died in Dallas County after contracting COVID-19, according to county health officials who also reported Thursday 183 new cases of the virus which is a significant drop below the recent average.

The latest victims to die after contracting the virus include:

The seven latest deaths bring the county’s total to 203 and come two days after the county posted their largest single-day total of 14 deaths. The previous high was 10 deaths in a single day, reached three separate times on April 14, April 28 and May 8. Of the 203 deaths reported to date, over a third of the deaths reported have been associated with long-term care facilities.

The county also said there were 183 new positive cases of the virus in the county. While that number is high, it also represents a drop from the string of days where more than 200 new cases per day were common.

Jenkins added that the county’s number of COVID-19 hospital beds, ICU admissions and emergency room visits for those with COVID-19 symptoms .have stayed flat.

“This information does not change that the most important thing we can do to flatten the curve and get to a place where we can safely do more things and get the economy moving again is to make good personal responsibility decisions,” Jenkins said. “Avoid crowds, maintain 6-foot distancing, wear a cloth face covering on public transportation and at businesses, plus use good and frequent hygiene.

Dr. Philip Huang, director of the Dallas County Health and Human Services Department, said earlier this week, in light of the recent numbers, he believes the county has hit a plateau. That plateau is visible in the chart above if you select Dallas County cases from the drop-down menu.

The new cases bring the county’s total number of cases to 8,273. The Texas Department of State Health Services was reporting more than 3,300 recoveries in the county so far.

Of cases requiring hospitalization, two-thirds have been under 65 years of age, and about half do not have high-risk chronic health conditions. Diabetes has been an underlying high-risk health condition reported in about a third of all hospitalized patients with COVID-19.