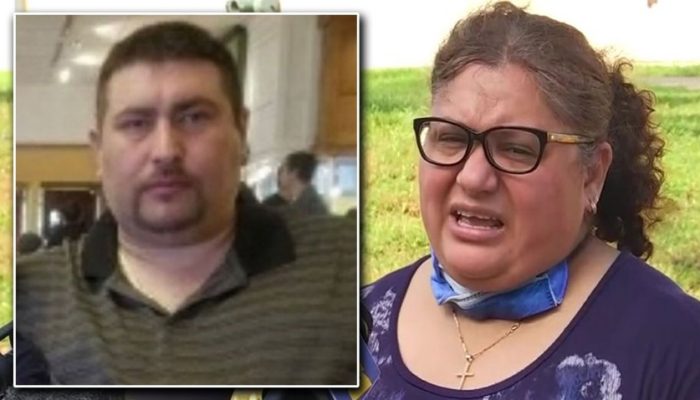 
After a family member says an employee died after contracting COVID-19, the Dallas meat processing plant where the man worked says it has temporarily stopped production so that all employees can be tested for the virus.

The company went on to say it would conclude a review this week and could not comment on the health status of individual team members.

The move comes as a family claims their loved one, Hugo Dominguez, who operated a fork lift at the plant, died from COVID-19 complications.

It is not known where Dominguez contracted the virus, but his wife, Blanca Parra Gonzalez, said the father of her children died on April 25 and that worked at the facility while he was ill.

“He was always there for the company and the company knows that everybody was in danger,” Parra Gonzalez told a group of journalists on Tuesday.

Activist Carlos Quintanilla, speaking on behalf of some employees, said workers complained of COVID-19 symptoms, but the company continued to accelerate production.

Quintanilla said another worker died from COVID-19 complications on April 24.

A spokesperson for Dallas County said the county is aware of cases associated with the facility and is involved in an ongoing investigation.

Lauren Trimble, Chief of Staff for Dallas County Judge Clay Jenkins, wrote, “Although the facility is not regulated by the county, health officials from DCHHS have been in communication with them. Our understanding is that the company has asked all employees to be tested.”

Trimble said she could not comment on the reported deaths, due to privacy concerns. The county also said it is still investigating and could not confirm the number of cases.

The Centers for Disease Control and Prevention, responding to a request for information from NBC 5, said it was not aware of a team deploying to Texas and the plant owner would work with local health departments directly. The CDC typically deploys teams when requested by local authorities.

NBC 5 also reached out to the USDA and is awaiting its response.

On its website, the CDC said, “There is currently no evidence to support transmission of COVID-19 associated with food.”

CDC published guidelines saying, “critical infrastructure workers may be permitted to continue work following potential exposure to COVID-19, provided they remain asymptomatic and additional precautions are implemented to protect them and the community.”

SMU Economist Mike Davis said he would not anticipate major disruptions to the food chain due to COVID-19 and that the bigger concern would be panicked buyers stockpiling food.

Davis said the bigger concern is in the developing world, not the United States.

“We’ve got lots of supply chain redundancy, we’ve got warehouses and freezers full of food. We are not day-to-day dependent on that food supply chain as they are in most of the rest of the world,” Davis added.

Nathan Cortez, an expert in food safety law at SMU, said the food safety guidelines in the COVID-19 pandemic are evolving and companies should use good science to keep workers safe.

“I do worry about asymptomatic transmission. Even asymptomatic people with COVID can spread the virus, and there are confirmed cases of “super-spreaders” that shed an unusually high amount of the virus,” said Cortez. “I’d hope these facilities are making available masks, gloves, sanitizer and other common sense protections. The more vigilant companies are, the less likely they’ll have a critical mass of COVID-positive cases that interrupts their production.”

Quality Sausage Company has said it adapted its procedures with methods that include “extensive” daily sanitization, temperature monitoring of workers and improving distance between employees in the plant.

If you have trouble viewing this document, click here to open it in a new window.

About the Author: Diana Zoga