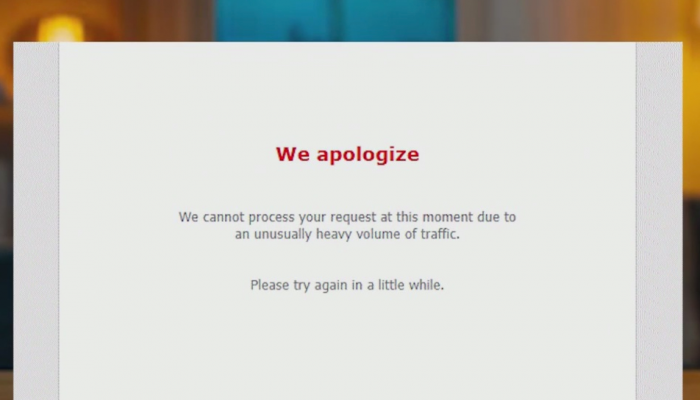 
DALLAS (CBSDFW.COM) – It took less than two days for a new Dallas rental and mortgage assistance program to reach capacity.

The city stopped taking new applications on Tuesday, less than 36 hours after the online portal first opened to the public.

“This was like a category five hurricane,” said Dr. Eric Anthony Johnson, the city’s chief of Economic Development and Housing and Neighborhood Revitalization. “You know it’s coming…but that storm is so powerful, it’s going to knock you down.”

As of 11:30 a.m. on Tuesday, 13,151 residents had submitted applications. But in total, 24,686 people accessed the online survey, according to data provided by a city spokeswoman.

The program, which was approved by Dallas City Council last month, offered $13.7 million in housing assistance to eligible applicants. But Johnson said the funding was only enough to help roughly 10,000 households.

“The City of Dallas’ rental housing assistance program appears to be falling far short of the need,” said Sandy Rollins, the executive director of the Texas Tenants’ Union.

Herriott was one of thousands of residents who applied for the rental and mortgage assistance program with the city of Dallas this week.

“It’d be a nice help. My business has been shut down due to the coronavirus for the past month and a half,” said Herriott, who runs an antique restoration company.

While roughly 3,100 applicants were deemed ineligible for relief, a city spokeswoman said 9,966 people qualified to move to the next step.

There are several minimum requirements applicants must meet in order to receive funding, including proof they lost their job or income due to the pandemic.

Herriott hopes she’s one of the chosen people. She has yet to hear back from the city.

“Haven’t heard a thing,” Herriott said. “Just got the notification on the website: ‘We got your information, we’ll contact you in 3 days.’”

She said she is also worried that the website’s technical glitches delayed her submission Monday morning. Applications are processed on a first come, first serve basis.

Residents across the city reported issues with the website and call center for approximately 90 minutes on Monday morning.

The issues appeared to be resolved by 11am.

“We’re all kinda stuck in this little game,” Herriott said.

Advocacy groups are already pushing for more housing relief at the federal level.

The Dallas program was mostly funded through the CARES Act.

More than three dozen community groups across the state sent a letter to the Texas congressional delegation, pushing for an additional $100 billion in rental assistance and a uniform moratorium on evictions and foreclosures.

“The first rollout of CARES Act funding that came to the city of Dallas in this instance was just not enough for the need we have currently,” said Carl Falconer, the CEO and president of the Metro Dallas Homeless Alliance.

Falconer said with so many people unemployed, homelessness now poses a bigger threat than ever.

“[Homelessness] is absolutely more real that ever, especially because people can’t get to work,” said Falconer, who encouraged tenants to contact their landlords immediately if they are unable to pay rent.

The Texas Supreme Court has extended its eviction moratorium until Monday, May 18.

Johnson said if Congress passes another relief package, they would “absolutely” expand the housing program to include more people.

“We would support it 100%,” Johnson said. “We would hop in the car tomorrow to drive to Washington and pick up the check.”

The city will contact applicants over the next week and half to inform them of eligibility.

If approved, an applicant’s funding will be paid directly to the landlord or mortgage lender within three to four weeks.

In the meantime, Johnson is urging other community groups and businesses to provide additional assistance to residents who may not qualify for city assistance.

“We support others in the community to mimic some of the work we’ve already launched,” Johnson said. “This is a heavy, heavy task.”

On Tuesday afternoon, city officials updated the final figures to 24,686 visitors to the online survey and 13,151 submitted applications.