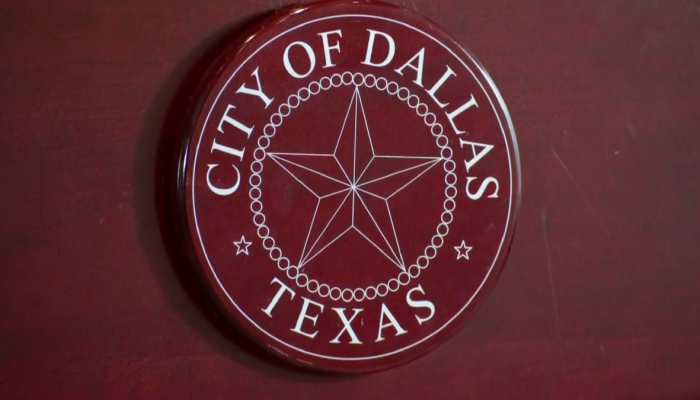 
Hotel people watched a Dallas City Council briefing Wednesday on plans to scale back “Visit Dallas,” the agency responsible for promoting hospitality in the city.

North Texas tourism has been seriously ill since the coronavirus came to town. Hotels have been mostly empty. The Dallas Fairmont Hotel is temporarily closed.

“Our hotels are suffering. Their workforce has been furloughed, laid off, like 90%. Occupancy rates are low,” Mayer said.

In the briefing, officials said 31 big events have been cancelled in Dallas in 2020. Hotel tax revenue that helps fund Visit Dallas is projected to be $36 million below expectations.

But Visit Dallas was the target of a scathing city audit last year. It found mismanagement and bloated salaries.

The audit had city leaders asking whether some of the Visit Dallas tax money could be used for other things.

A proposed new city of Dallas contract with Visit Dallas calls for changes.

There were 98 events booked for the city of Dallas in 2020 and 31 have canceled which includes seven citywide events.

Most of the $66.4 million hotel occupancy tax revenue the city expected to receive this year goes to pay debt for the Kay Bailey Hutchison Convention Center. Currently, 29% of the money was budgeted for Visit Dallas and 3.5% for the Dallas Office of Arts and Culture.

Wednesday’s briefing called for gradually reducing the mix to Visit Dallas over five years to 20%, and increasing other uses to 12.5%.

At the same time, since coronavirus arrived, Visit Dallas eliminated or furloughed 45% of its staff, including 28 full-time and eight part-time employees.

New visit Dallas CEO Craig Davis was hired to take the place of a former leader who left after the critical audit.

“Dallas is perfectly positioned, I think, to come out of this because we have great hotel and convention facilities. We have a reputation, I think, where people want to meet,” he said.

Davis has streamlined the agency. He told city council members Visit Dallas could get the convention center humming again while sharing more hotel tax money for other purposes.

“I want to say this
is a great group. I know that there have been issues in the past. But Craig
came in and your eyes were completely open. And, you were honest and you were
not hiding anything,” she said.

“They really seem to be focusing on the things that are going to bring the most revenue back to the city in terms of room bookings,” she said. “They feel sure that they can get everything done, so we’re in support of the contract.”

Bill Hutchison, an owner of the new Virgin Hotel in Dallas, said business is returning. His hotel has reopened restaurants, and has seen as many as 50 rooms booked each night instead of as few as four a night at the lowest point in the pandemic.

Dallas had around 60,000
people employed in the hospitality industry and about the same number of hotel
rooms.

The goal is to get them all back working again.

A Dallas City Council vote on the new Visit Dallas contract is set for next Wednesday, May 27.

If you have trouble viewing this document, click here to open it in a new window.

About the Author: Larry Collins