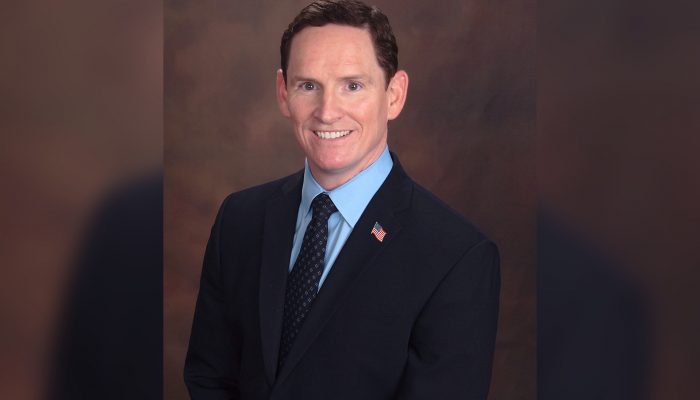 On Saturday, Dallas County Judge Clay Jenkins, a Democrat, foreclosed the idea of the Republican National Committee (RNC) choosing Dallas as the site for an in-person national convention due to the number of participants it would include, The Dallas Morning News reported.

The chief county official had previously stated in a May 25 tweet that large numbers of visitors coming to Dallas for a convention was “the last thing we need right now.”

He also claimed that he would make the same statement to Democrats if they were considering Dallas as a convention location.

Jenkins’ tone toward the RNC was considerably different than his demeanor toward protesters demonstrating in Dallas in recent weeks.

The county judge did not discourage mass gatherings of persons protesting police violence, but instead advised them on Twitter to bring their own hand sanitizer and to be tested afterward for COVID-19.

Jenkins has repeatedly encouraged protesters, empathized with them, and referenced their First Amendment rights.

While he has maintained his concern about the coronavirus and urged social distancing, Jenkins did not discourage the formation of in-person demonstrations.

“We value peaceful protests, and we want to protect that for everyone,” Jenkins told ABC affiliate WFAA in a spontaneous interview during the protests on June 1.

Jenkins reiterated his position on Thursday, giving a nod toward protesters.

“We can peacefully protest and be heard at a 6-foot distance and it is important to keep you safe. [COVID-19] disproportionately affects communities of color, both nationally and here locally and we’ve lost 250 people already since March,” Jenkins tweeted.

Jenkins addressed the testing availability for persons who may have contracted COVID-19 after participating in mass gatherings during demonstrations.

“Also, we are providing tests free of charge to people who’ve participated in these mass gathering protests. The tests are being done by [Parkland Hospital,] your information will not be shared with law enforcement. Please know your status to protect yourself, your family, and the community,” Jenkins tweeted on Sunday.

Jenkins’ announcement rebuffing national Republicans as they mulled Dallas for their convention comes after a feud between President Donald Trump and Gov. Roy Cooper (D-N.C.).

Cooper explained to the RNC on June 2 that its request for a full-fledged convention without coronavirus-related restrictions such as social distancing, masks, and reduced capacity would almost certainly be denied.

The president responded on Twitter by indicating that the convention, which would include tens of thousands of people, will be held elsewhere.

The Centers for Disease Control and Prevention is still discouraging “mass gatherings” and encouraging people to avoid “crowded areas” to protect themselves from the new coronavirus.

Disclosure: Unlike almost every other media outlet, The Texan is not beholden to any special interests, does not apply for any type of state or federal funding, and relies exclusively on its readers for financial support. If you’d like to become one of the people we’re financially accountable to, click here to subscribe.

A free bi-weekly commentary on current events by Konni Burton.

About the Author: The Texan