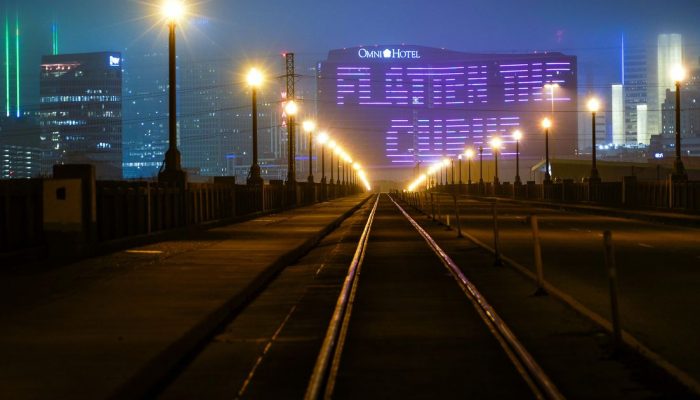 As Dallas County heads into its fifth week of sheltering in place, the number of positive cases of coronavirus in the county has soared to more than 1,900 and the death toll is at 43.

“This is what we’re all trying to address and keep death down as much as we can,” Huang said.

In multiple datasets referenced by experts across the country, graphs project the number of cases in the U.S. rising, crossing a threshold or peak of hospitalizations, and then falling again.

That’s why a reader asked Curious Texas: “When is Texas expected to reach its peak?”

When Dallas County Clay Jenkins issued a shelter-in-place order for Dallas County on March 22, he and Huang referenced a dataset from covidactnow.org, a project designed by epidemiologists and public health experts across the country.

At the time, the data suggested the state’s hospitals would be overloaded or “peak” on April 28.

That date is no longer valid. As of Thursday, according to COVID Act Now, the state’s hospitals will most likely not become overloaded at all.

The ever-changing date of Texas’ projected peak doesn’t necessarily mean that cases will or will not skyrocket at a certain point, but the moving date is a result of social distancing and sheltering-in-place, said Dr. Nirav R. Shah, who serves as an advisor to the project.

“The social distancing you’re doing is changing the number of people being hospitalized,” said Shah, a senior scholar at Stanford University and former Commissioner of the New York State Department of Health. “That’s reflected in pushing the date out of when your hospitals get overwhelmed.”

As of Thursday, the estimated date for Dallas County’s hospital overload is May 22. On Tuesday, Jenkins said he predicted the county could reach its peak of cases late this month or in early May.

However, the model changes every 24 hours and will continue to do so as more data is collected.

The platform collects the number of hospitalizations reported by states, which Shah said is a more accurate statistic than rates of death from the disease.

Death is what Shah considers a “lagging indicator” of the pandemic. When patients are hospitalized, it means they’ve been showing coronavirus symptoms for at least two weeks, giving experts a better idea of predicting the number of cases in the community.

“Hospitalization data — when you’re hitting the exponential part of the curve — is a really good signal of what COVID looks like in the community and subsequently what COVID will look like a few weeks later in terms of deaths,” he said.

For that reason, COVID Act Now data models are reliable for predicting the number of cases in the near future, or roughly two to three weeks.

COVID Act Now isn’t the only dataset that reflects a flattened curve for Texas. According to the Institute for Health Metrics and Evaluation COVID-19 projections, which tracks deaths, Texas will hit its peak hospital bed use on April 29, but the predicted number of hospital beds needed falls well below the number of beds the state has available.

“Most people are agreeing that it’s looking like the peak would be the latter part of April, early May,” Huang said via phone Wednesday. “If everything stayed as it is, then it would be promising. But again, it’s all dependent on how vigilant everyone remains on this.”

While current data can be reassuring, Shah warns of the dangers of lifting shelter-in-place restrictions and reopening businesses too soon, referencing the “backslide” that other countries have recently experienced.

“Let’s say that tomorrow, the governor lifts all restrictions and it’s business as usual,” he said. “That curve is not going to be flat anymore. It’s going to start rising again.”

In analyzing nationwide strategies of tackling the virus, Shah says that cities that started taking action early on will see the benefits of flattening the curve. The San Francisco area began its stay at home order on March 17, more than a week before the area reported its first death. The number of positive case in the area has remained under 100 per day.

In comparison, Los Angeles County issued a stay-at-home order on March 19, more than a week after officials reported its first death. The case numbers for Los Angeles have since soared to more than 400 positive cases per day.

“That’s exactly what happened with New York City and Detroit and Louisiana,” Shah said. “If we stopped sheltering in place, it would turn exponentially. There’s no question in my mind.”

Experts like Shah have said that to combat the virus, widespread testing should be made available to track down all positive cases and conduct contact tracing procedures for each case.

Texas recently began reporting the total number of people tested by county, and as of April 8, more than 96,000 people had been tested statewide. The state has a population of nearly 30 million people.

Until widespread testing is available, Shah said the primary thing the general public can do is to continue to practice social distancing.

“The only tool we have is social distancing,” he said. “When you have other tools like widespread testing and contact tracing, then you can, in stages, resume the economy. Otherwise, we’ll have cycle after cycle and wave after wave of COVID breaking on us.”