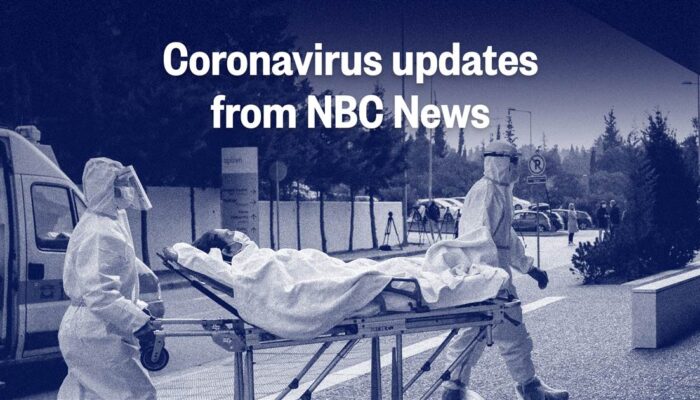 Covid vaccine could be airlifted to U.K. if Brexit snarls ports, minister says

Millions of doses of a Covid-19 vaccine could be airlifted to Britain if ports are snarled up because Britain fails to agree a trade deal with the European Union when the Brexit transition period ends, a junior foreign office minister said on Monday.

“We have extensive plans in place to ensure the protection of our vaccines, that is absolutely the priority product,” James Cleverly told Sky News. “We’ve looked at the use of non-commercial flights, we have border arrangements in place.”

Britain is preparing to become the first country to roll out the Pfizer/BioNTech Covid-19 vaccine this week, initially making the shot available at hospitals for care workers and the most vulnerable before distributing stocks to doctors’ clinics.

Supplies have started to arrive in Britain from Pfizer’s manufacturing site in Belgium. In total, Britain has ordered 40 million doses of the Pfizer vaccine, enough to vaccinate 20 million people. About 800,000 doses are expected to be available within the first week.

Transport between Britain and mainland Europe is likely to be severely disrupted if a trade deal with the European Union is not agreed before transitional arrangements expire at the end of the year.

Instead, the group is aiming to release a more detailed outline Monday and is working to complete bill text for Tuesday, according to three sources familiar with the discussions.

State and local funding, a priority for Democrats, is also not settled, though the sources said the issue is less complex than liability protections.

HASNON, France — It is a ritual steeped in pagan mystery, updated for the coronavirus age.

Sick people in northern France occasionally leave garments in healing trees or “arbres à loques” in the hope of a cure, following a tradition that persists since pre-Roman times.

But locals who pay attention have noticed a recent change.

“The new development in 2020 is Covid masks,” said Bertrand Bosio, who runs Nord Fantastique, a Facebook page devoted to the region’s ancient sites and lore.

Tied to the branches of the healing tree in Hasnon, southeast of Lille, surgical masks can be clearly seen among items of clothing that range from socks to underwear – often left, Bosio said, by people suffering from fertility problems.

In another departure from ritual, the votive masks are hung “preventatively,” Bosio believes, rather than by Covid-19 sufferers who ought to be self-isolating.

As the state reported over 30,000 new coronavirus cases in one day, stay-at-home orders will go into effect for Southern California and the San Joaquin Valley after both regions fell under the 15 percent intensive-care unit capacity benchmark on Sunday.

Availability for ICU beds in Southern California was at 10.3 percent and San Joaquin Valley fell to 6.6 percent, according to new numbers from California’s Department of Public Health. Under California Gov. Gavin Newsom’s revised stay-at-home mandate, the regions must close non-essential businesses by 11:59 p.m. the following day and continue for a minimum of three weeks.

Numbers in California are spiking in a dangerous new surge, with 30,075 new cases and 85 deaths reported on Sunday. The state’s public health department warned that if the rates of cases and hospitalizations continue, California will be only a “few weeks away from reaching ICU capacity.”

The Bay Area was at 24.1 percent ICU capacity but a large portion of the region entered a voluntary stay-at-home order Sunday as a precautionary measure to avoid overwhelming hospitals.

A Texas doctor who was treating Covid-19 patients died last month after contracting the coronavirus.

Dr. Carlos Araujo-Preza, 51, died on Nov. 30 after spending two weeks on a ventilator, his daughter Andrea Araujo told NBC News. She noted her father had no underlying health conditions.

Araujo-Preza was most recently the critical care medical director at HCA Houston Healthcare Tomball in Tomball, Texas. He also owned the Woodlands Lung Center where he cared for patients on long term ventilators, according to a biography on the facility’s website.

“We are saddened by the passing of Dr. Carlos Araujo-Preza,” HCA Houston Healthcare said in a statement to NBC News. “His clinical excellence, compassionate care and kindness will be greatly missed. Dr. Carlos Araujo-Preza touched so many of our lives and will always be remembered for his profound commitment to his patients. Our thoughts and deepest sympathies go out to his family, friends and colleagues.”

Andrea Araujo said her father was “an incredible person, he was an amazing physician, a caring friend and above all a loving dad.”

“He was beloved by his patients and colleagues in the medical community, said, He loved his job and loved waking up everyday to go practice medicine and help patients.”

“Get better soon Rudy, we will carry on!!!” Trump wrote on Twitter.

Giuliani, serving as Trump’s lawyer, has crisscrossed the country in recent days pushing his client’s still-unverified claims of voter fraud. He most recently appeared maskless during a meeting with Georgia lawmakers Thursday.

The coronavirus death toll in French hospitals rose by 174, the health ministry said, a smaller increase than Saturday’s 216. The number of COVID-19 patients rose by 223 to 26,293, while the number in intensive care declined by 10 to 3,220.

A Staten Island bar manager who violated Covid-19 restrictions was arrested early Sunday morning after he allegedly hit a sheriff’s deputy with his car while fleeing authorities attempting to take him into custody.

Danny Presti, 34, was arrested just after midnight when New York City sheriff’s deputies came to Mac’s Public House after they said people were illegally dining inside, according to NBC New York.

Patrons were entering Mac’s — located in an area designated an Orange Zone by the state of New York, where indoor dining has been banned due to a recent Covid-19 spike — through an empty commercial space next door, the New York City Sheriff’s Office said.

After the deputies came to his bar, Presti allegedly fled, getting into his car and driving into one of the deputies, according to NBC New York. He allegedly continued driving while the deputy was holding onto the hood of his car. Officials were able to take Presti into custody and charges are pending.