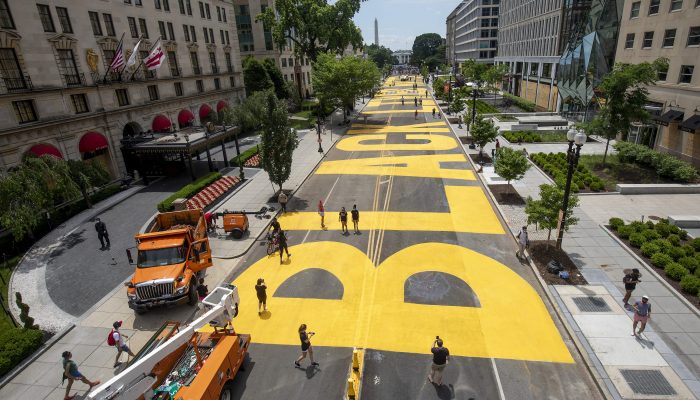 Hundreds of people held a private memorial in honor of George Floyd in his North Carolina birth town.

A public viewing for George Floyd is scheduled in Houston and a court hearing for the officer accused in his death is scheduled in Minneapolis on Monday, two weeks after Floyd's death helped ignite a wave of historic protests across the nation.

Derek Chauvin, the former Minneapolis police officer charged with second-degree murder, has been in jail since his arrest May 29. On Sunday, city council members took a major step toward radical changes in the city's beleaguered police department when a super majority publicly expressed support for disbanding the force.

As protests continued nationwide, U.S. officials urged demonstrators to seek COVID-19 testing amid worries that the country could see a spike in new coronavirus infections. Several cities – including Atlanta, Seattle and San Francisco – have offered free testing to demonstrators.

A closer look at some recent developments:

Republican Sen. Mitt Romney joined protesters Sunday near the White House and said, "We need to stand up and say that black lives matter."The editor of the New York Times' editorial page resigned under pressure Sunday, a day after The Philadelphia Inquirer's top editor stepped down. Both were embroiled in controversies related to protest coverage.President Donald Trump pulled the National Guard out of Washington, D.C., saying they were no longer needed.Protests have reached small cities as the nation struggles with systemic racism. USA TODAY takes an in-depth look at what that means.

Our live blog will be updated throughout the day. For first-in-the-morning updates, sign up for the Daily Briefing. Here's the latest news:

Civil rights lawyer Ben Crump, representing George Floyd's family, has asked the United Nations to intervene in Floyd’s case and make recommendations for systemic, U.S. police reform, ABC News is reporting. Crump is urging the UN to investigate the circumstances surrounding the death of Floyd, who died after a Minneapolis police officer knelt on his neck for almost nine minutes while other officers provided no aid.

Reforms requested include "deescalating techniques," independent prosecutions and autopsies for every police killing. The goal: "stop further human rights abuses including torture and extrajudicial killings of African Americans," Crump said in a statement obtained by ABC.

More than a mile of temporary security fencing encasing the White House and its environs as demonstrations roll across the city has become a showcase for protest art. Some sections of the fencing, which the Secret Service has said could come down this week, is covered with signs and posters: "Black Lives Matter," "I Can't Breathe," "No more police murder of black people." Kai Gamanya, who hung a painting featuring a fist flanked by a crown and a pyramid, told DCist her work reflects that black people come from royalty.

“It’s like the whole nation is crying, and this whole fence is crying,” Gamanya said. “And if you were to back up and see it from beginning to end, it’s nothing but posters from all the way down.”

Utah Sen. Mitt Romney joined a group of protesters Sunday near the White House, becoming the latest politician to rally in the wake of the death of George Floyd and one of the most prominent Republicans.

While marching, Romney told an NBC reporter, "We need a voice against racism. We need many voices against racism and against brutality. We need to stand up and say that black lives matter."

The former Republican presidential candidate reiterated those comments to a Washington Post reporter. He also tweeted two pictures of himself, wearing a mask, at the protest. One shows him walking with the protesters. The other is a selfie. The photos are captioned, "Black Lives Matter."

A veto-proof majority of the Minneapolis City Council has committed to dismantling the city’s police department, breaking with Mayor Jacob Frey’s desire to make reforms but not break up the embattled police force.

Nine of the council’s 12 current members appeared Sunday on a city park stage behind the words “Defund police’’ and expressed their support for disbanding the department, which has drawn intense criticism since the May 25 killing of George Floyd, an unarmed black man who died in police custody. Four officers have been charged, including one with second-degree murder.

“It is clear that our system of policing is not keeping our communities safe,” council president Lisa Bender said. “Our efforts at incremental reform have failed, period.”

The state of Minnesota launched a civil rights investigation of the department last week, and the first concrete changes came Friday when the city agreed to ban chokeholds and neck restraints. A more complete remaking of the department is likely to unfold in the coming months, although it's not clear what would replace the police force.

Frey was jeered Saturday outside his home by protesters seeking the department’s defunding when he expressed his opposition, saying, “I do not support the full abolition of the police department.’’

The New York Times said editorial page editor James Bennett has resigned, four days after the newspaper printed an op-ed from a U.S. senator calling for military intervention to quell rioters in protests against police brutality. The essay by Arkansas GOP Senator Tom Cotton, with the headline “Send in the Troops,’’ drew vehement criticism by Times staffers and readers, and two days later the newspaper said it should not have been published.

Times publisher A.G. Sulzberger said the publication of the op-ed reflected “a significant breakdown in our editing processes,’’ and that Bennett was not the right person to shepherd needed changes. Jim Dao, who oversaw the op-eds, also stepped down from that position but remained with the paper.

The Times moves come a day after Stan Wischnowski, the top editor of The Philadelphia Inquirer, announced his resignation amid fallout from a controversial headline about the impact of the recent civil unrest. The headline, “Buildings Matter, Too,” appeared over a column in Tuesday's newspaper exploring the damage and looting that accompanied some of the nationwide protests over police violence. Wischnowski and other editors later apologized for the headline, describing it as "deeply offensive."

President Donald Trump tweeted Sunday that he had ordered the National Guard out Washington, D.C., after mobilizing them in response to protests that occasionally triggered vandalism, looting and clashes with police. Washington Mayor Muriel Bowser had objected to the deployment. Trump, however, called for a tough response to protests across the nation in order to "dominate the streets," threatening to call in active-duty troops to quell unrest where local authorities were unable to do so.

Tensions on U.S. streets have eased somewhat in recent days, and protests Saturday were overwhelmingly peaceful.

"Everything is under perfect control," Trump tweeted. "They will be going home, but can quickly return, if needed. Far fewer protesters showed up last night than anticipated!"

Washington, D.C., authorities said the protesting crowds were the biggest to date.

Singing celebrities are not standing quietly on the sidelines as the nation rises up to confront inequality and police brutality. Paul McCartney released a statement in support of racial equality. K-pop superstars BTS have donated $1 million to Black Lives Matter, and Michael B. Jordan showed his support for the BLM movement at a recent protest in Los Angeles. Justin Bieber weighed in Saturday in support of the movement, saying he has been "inspired by... (and) benefited from black culture."

"My style, how I sing, dance, perform, and my fashion have all been influenced by black culture," Bieber posted on Twitter. "I am committed to using my platform from this day forward to learn, to speak up about racial injustice and systemic oppression, and to identify ways to be a part of much needed change."

Racism remains an issue in the U.S., but the nation's justice system is not systematically racist, Attorney General William Barr said Sunday. Barr, speaking on "Face the Nation," said that "instances" of bad cops do not mean the entire "organization is rotten." He also said he understands the distrust in the African American community.

"I think we have to realize that for most of our history our institutions were explicitly racist," Barr said. "Since the 1960s we have been in a phase of reforming our institutions and making sure they are in sync with our laws."

Barr also acknowledged that invoking the Insurrection Act to deploy military troops on American streets was considered. He, President Donald Trump and other administration officials were "on the same page" in determining that military troops would be deployed only "as a last resort and that we didn't think we would need them."

NYC drops curfew, prepares to being reopening after COVID-19 lockdown

New York City's first curfew in more than a half century was lifted a day early Sunday, hours after thousands of protesters across the city peacefully marched and chanted for an end to racial injustice. Mayor Bill de Blasio was under intense pressure to end the nightly curfew, imposed after looting broke out early last week. The 8 p.m. curfew had been scheduled to continue until 5 a.m. Monday – also the day the city begins Phase One of its reopening from the coronavirus shutdowns. Construction and other manufacturing-type facilities will be operational for the first time since being shuttered March 22.

"Tomorrow we take the first big step to restart," de Blasio tweeted. "Keep staying safe. Keep looking out for each other."

At the same time, de Blasio took issue with police officers not wearing masks while doing crowd control during the protests. "It’s painful to people because it feels like they’re flouting the rules,” de Blasio said, adding that, “It frustrates me to no end.'' 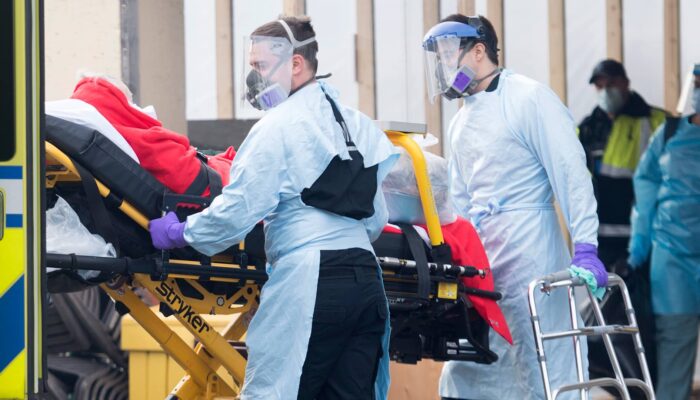 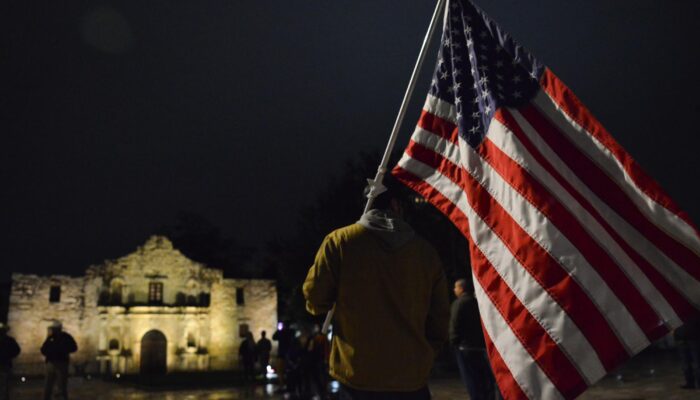 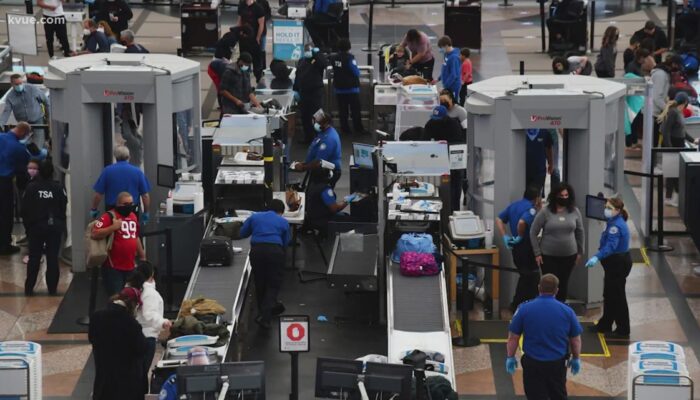 About the Author: Jessica Flores and Jorge L. Ortiz 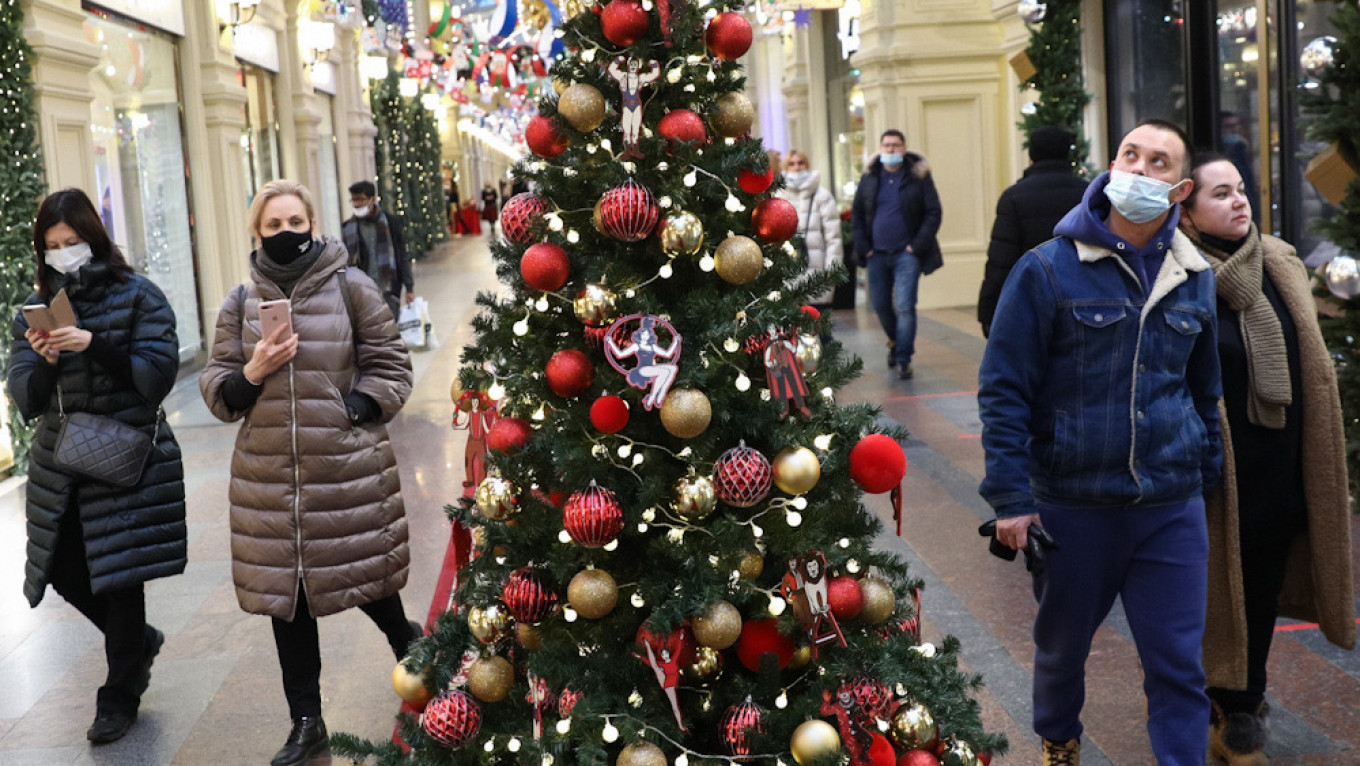 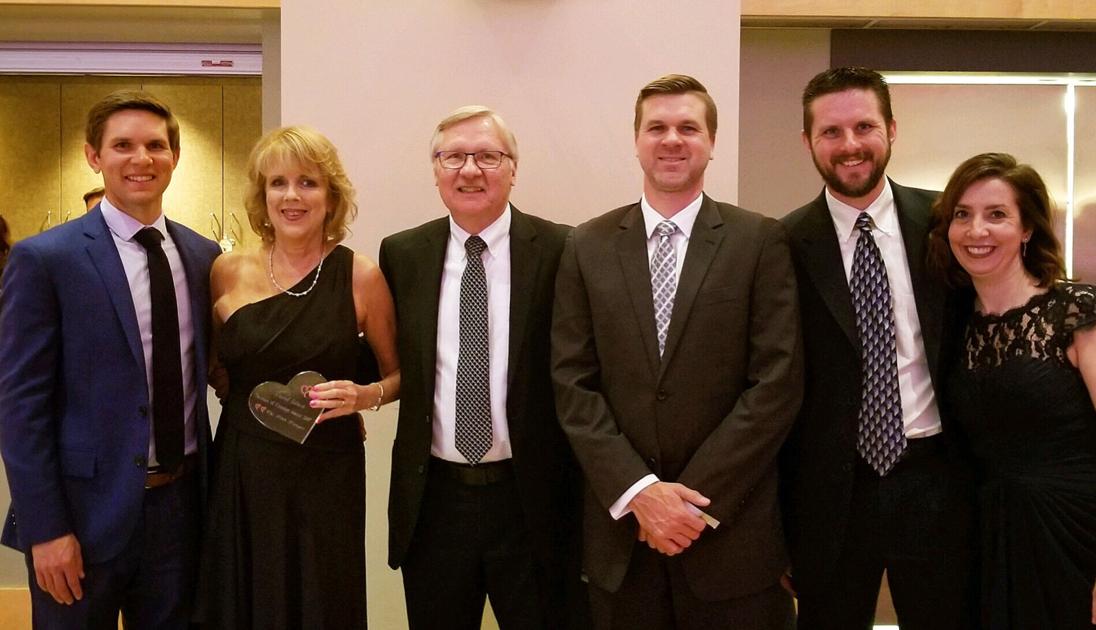 PM put all vaccine ‘eggs’ in one basket, didn’t consider other options: O’Toole