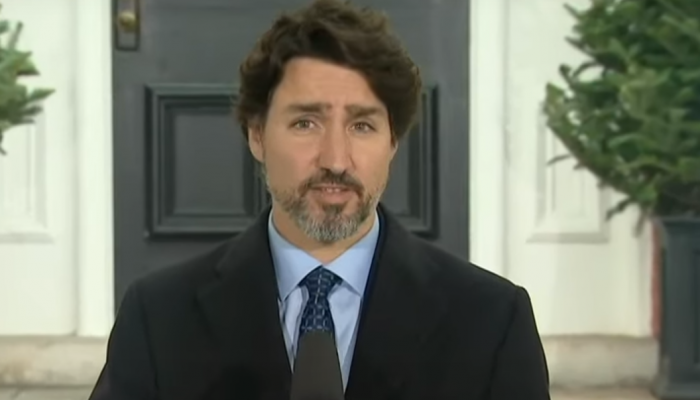 
Canadian Prime Minister Justin Trudeau reiterated Canada’s commitment to fighting COVID-19 and finding a vaccine for the virus.
During his address on Monday morning, Trudeau said he had just taken part in a virtual international conference with other world leaders that focused on COVID-19 and the global commitment to developing a vaccine for the deadly virus.
The pledging conference was hosted by the European Union and aims to raise more than $11 billion for the global development of vaccines, treatments and testing for COVID-19.
“We all share a common goal, ending this pandemic, and Canada is stepping up to do its part,” said Trudeau on Monday morning.
Trudeau said Canada is contributing $850 million towards global fight against COVID-19, which includes investments in Canadian and international research.
“At home, we are providing funding for everything from the University of Saskatchewan’s vaccine and infectious disease organization, for their work on vaccine development, to Vancouver-based AbCellera, for treatments,” Trudeau added. “Right across the country, we are making sure that Canadians can keep leading,” he said.
RELATED: Canadian Prime Minister Justin Trudeau announces $240 million to create online health services
The $850 million Trudeau mentioned on Monday had already been announced, as had the government’s investments in the University of Saskatchewan and AbCellera.
Trudeau, however, also said the $850 million includes support for vaccine development through the Coalition for Epidemic Preparedness Innovations – a foundation created by the Bill & Melinda Gates Foundation – and the World Health Organization’s solidarity trial, which helps hospitals share information on various COVID-19 treatments.
“The more we cooperate, the more likely that we find a cure and find it quickly and that is something we all want to see,” he said.
In response to a question from the media about why Canada was not contributing more money, Trudeau said the pledging conference was just the beginning.
“There will be more to come as the world grapples with this pandemic,” he said.
Trudeau also said many other countries are also pledging money towards the fight against COVID-19 and that Canada has already made “significant investments” in its scientists and researchers.
He also stressed the importance of the world coming together to collaborate on the development of a COVID-19 vaccine.
“It is really important that the world comes together to collaborate because even once we find a vaccine, whether it is in Canada or elsewhere around the world, we will share that vaccine,” he said.
It’s important that the production of such a vaccine isn’t limited to rich countries and that poor countries have access to any vaccine that might be developed, Trudeau explained.
“It cannot just be the wealthiest countries producing that vaccine for its citizens,” he said. “We need to ensure that there are systems in place so that the billions of people around the world who are vulnerable can get these vaccines as well. That’s why this takes a global effort.”

About the Author: Nicholas Pescod