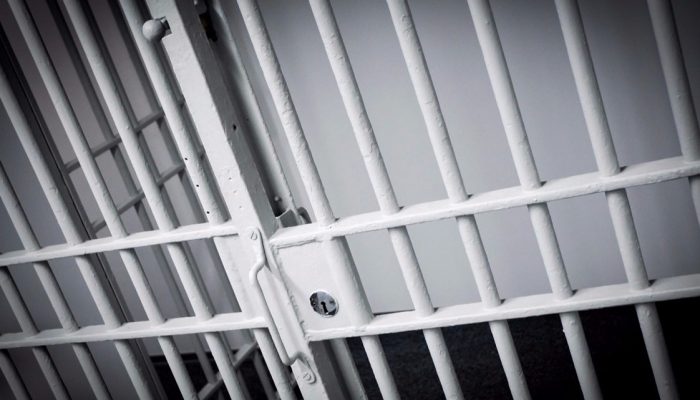 Making that 6-foot social distancing a requirement would require a “substantial reduction” of the jail population, the doctor said

A doctor says that the Dallas County jail should make an effort to implement 6-foot social distancing among all inmates and staff to avoid spreading COVID-19 and overwhelming the jail’s health care system, according to testimony during a federal court hearing.

A group of inmates has filed a federal lawsuit against Dallas County Sheriff Marian Brown.

The federal court hearing was conducted virtually through an online meeting between lawyers, witnesses and Judge Ada Brown. They are set to continue Thursday morning.

The inmates are demanding immediate release for inmates who are over 50 and considered “medically high-risk” for the coronavirus. The suit also calls for the jail to implement social-distancing guidelines and provide COVID-19 tests at no cost.

Last month, Gov. Greg Abbott issued an executive order to stop the release of potentially dangerous accused criminals but some counties in Texas, including Travis County, went against that to avoid overcrowding during the pandemic. Criminal justice advocates say this ruling could put inmates at risk.

The hearing continued Wednesday with online testimony from a doctor who urged that the jail needs public health and medical experts to be involved in decision-making at the jail.

He said the most key issue is requiring 6-foot social distancing between all persons at the jail at all times, including when inmates are eating, exercising, waiting in lines, and sleeping.

“That is the key to controlling the spread of coronavirus in the jail,” he said. “Without decreasing the number of people in the jail — that is the main thing that needs to be done.”

Making that 6-foot social distancing a requirement would require a “substantial reduction” of the jail population, the doctor said.

RELATED: Dallas County jail employee testified he was told not to wear a mask because ‘it might spook the inmates’

“What, in your opinion, would happen if the population was not substantially reduced?” the attorney representing the plaintiffs asked.

“The population of people infected is going to increase and that’s going to be correctional officers as well,” the doctor said.

The doctor testified that the first group he would remove from the jail are those who are considered high-risk.

He also testified that the inmates and detention officers need training from a medical professional about what practices they can do to prevent the spread of COVID-19 and how to properly clean cells during a pandemic. A detention officer had testified Tuesday that he did not receive training or information regarding coronavirus.

“This is not a ‘do one, teach one.’ This is very clinical matters and people should be getting their information from clinicians,” the doctor said. “It’s not a criticism [about officers.] It’s not their expertise.”

He recommended that people coming and going from the jail should be tested.

Brown was concerned about releasing inmates who are receiving medical care at the jail and releasing them to be treated at hospitals. The doctor said that when officials released inmates in New York, social service agencies were involved to be sure that they were given medical care and housing while recovering from COVID-19.

Brown was also concerned about inmates who had been convicted of domestic violence.

“I don’t want to release someone to go back to a situation where the victim is and he or she couldn’t leave,” she said.

RELATED: Dallas County has most jail inmates who have tested positive for COVID-19 in Texas

Brown asked the doctor about reusing paper masks for multiple days, as a detention services officer testified on Tuesday.

The doctor said that paper masks should be replaced daily and that the jail should provide them daily although it “is a big project,” he said. People at high risk of exposure to COVID-19 should wear an N95 mask while low-risk persons can wear disposable daily use paper masks, he said.

The attorneys representing the plaintiffs brought in the wife, Wykivia Bailey, one of the inmates in the lawsuit to testify on his behalf. He was released from jail Monday and Bailey said he was too weak to hold a conversation due to his COVID-19 symptoms.

Bailey said he was arrested on April 6 and she was worried that he would contract COVID-19 because he is diabetic.

“I told him to put his face into his shirt to make a mask,” Bailey testified. “The person he slept next to [in the jail] was coughing and running a fever.”

She sold her wedding ring and other items to raise $6,500 for his bail, which was met, but the jail did not release him, she said. The employees feared to come in contact with him due to his condition. He showed symptoms of COVID-19. She went to the court building to talk with Dallas County District Attorney John Creuzot, she said.

“If I had not been sitting there for 6 hours and willing to sell my things …. My husband would still be waiting — with a fully paid bond — waiting to be released,” Bailey said.