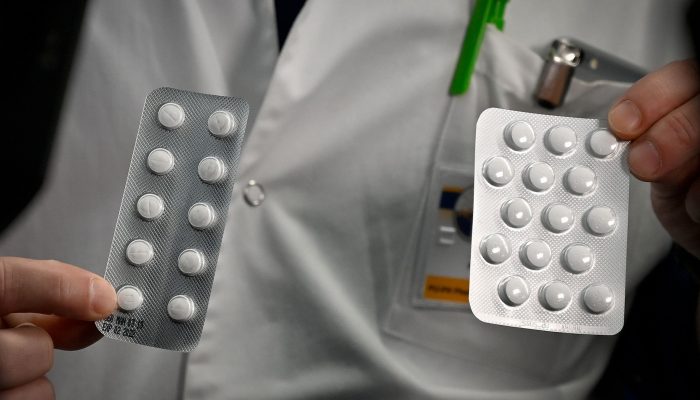 The U.S. Department of Justice on Monday cited “extreme urgency” in clearing U.S. pharmaceutical distributors from legal hurdles in order to provide the controversial anti-malaria drug to coronavirus patients.

The Justice Department penned a response letter Monday notifying one of the country’s largest wholesale drug distribution companies, AmerisourceBergen, that antitrust hurdles have been removed as part of an “expedited, temporary review procedure.” The DOJ letter dated April 20 says the drug corporation is now set to work with federal government agencies and health care providers to distribute hydroxychloroquine to patients with coronavirus symptoms. The anti-malaria drug has been controversially touted by President Donald Trump as a “treatment” for COVID-19, the illness caused by the novel coronavirus, despite reports from organizations including the American Heart Association that the medication exacerbates fatal heart problems and has not faced U.S. clinical trials.

But the Monday DOJ letter indicates the drug’s distribution is now being fast-tracked and allows AmerisourceBergen, which was sued in 2017 for allegedly worsening the opioid drug crisis, to temporarily “act as the U.S. Government’s hydroxychloroquine distribution agents” without legal concern over antitrust violations as they address supply chain shortages.

The Food and Drug Administration (FDA) granted emergency use approval late last month for millions of doses of hydroxychloroquine to be distributed to hospitals across the country for the express purpose of treating COVID-19 patients. During a White House Coronavirus Task Force press briefing earlier this month, the president touted hydroxychloroquine, saying the U.S. has stockpiled 29 million pills despite a lack of scientific evidence it works against COVID-19.

“What do you have to lose?” Trump asked coronavirus patients earlier this month.

A 2017 opioid crisis lawsuit out of West Virginia names the same drug companies – AmerisourceBergen, McKesson Corp and Cardinal Health – which were given the go-ahead for hydroxychloroquine’s distribution in the Monday DOJ letter.

The Monday DOJ letter cites the Stafford Act and Trump declaring a national emergency on March 13 as reason for AmerisourceBergen being allowed to temporarily side-step antitrust laws in order to “use your industry expertise and contacts to address supply chain shortages.”

Despite hydroxychloroquine’s anecdotal COVID-19 “treatment” benefits being touted by figures ranging from syndicated talk show host Dr. Mehmet Oz to right-wing radio host Rush Limbaugh, the malaria drug – working in tandem with an antibiotic Z-pack – has been blamed for allegedly causing fatal heart attacks in patients with coronavirus symptoms. This week, the Swiss drug manufacturer Novartis came to an agreement with U.S. regulators to conduct studies of how the anti-malaria drug works against COVID-19.

AmerisourceBergen CEO Steven Collis told Yahoo! Finance last Friday the company ships more than 3 million medications to over 100,000 facilities and their revenues “are over $180 billion.” Collis also noted that 30 percent of U.S. prescriptions go through their warehouses.

The letter says AmerisourceBergen will work with collaboration and “at the direction of FEMA, HHS and other government entities to identify global supply opportunities, ensure product quality, and facilitate product distribution of medication and other healthcare supplies to treat COVID-19 patients under much of the same framework as that which applied to the PPE Distributors.”

Newsweek contacted the Department of Defense, Assistant Attorney General Delrahim and the three drug companies but did not hear back by publication time.