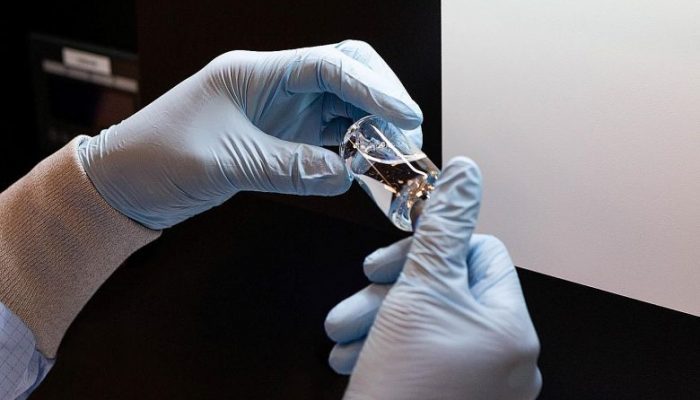 
SINGAPORE: A drug for Covid-19 that is being studied in Singapore was approved for emergency use in severely ill patients in the United States on Friday. It is remdesivir, an experimental anti-viral drug that blocks the Covid-19 (coronavirus) from replicating.

The approval had come just two days ago after early data released from a US National Institutes of Health (NIH) study of 1,063 hospitalised patients with advanced Covid-19 showed that those who took the drug recovered in an average of 11 days, compared with patients who got a placebo and recovered in 15 days.

Dr Anthony Fauci, head of the National Institute of Allergy and Infectious Diseases at NIH, told a media briefing on Sunday (May 3) then that while the 31% improvement in recovery time may not seem like a big deal, “it is a very important proof of concept. Because what it has proven is that a drug can block this virus”.

He had said an emergency use approval would come very quickly.

The preliminary findings have not shown significant results in terms of the mortality rate.

Professor Leo Yee Sin, executive director of the National Centre for Infectious Diseases (NCID), said: “We are watching very closely for the detailed/final report from the NIH trial, where Singapore is a participating site, which will be released soon.”

Singapore is also one of the testing sites in another trial, by Gilead Sciences, the maker of remdesivir.

Early results showed that when treating patients with severe disease, a five-day treatment course is potentially as effective as a 10-day course. All patients in the study received the drug.

In all, the NCID and general public hospitals are jointly participating in three global drug trials for remdesivir.

One trial is with the NIH and two others are with Gilead Sciences. They are both conducting trials in multiple centres around the world.

Now, local clinical researchers, led by Associate Professor David Lye, a senior consultant at NCID, are planning trials of other drugs too.

These will assess the use of anti-HIV medication lopinavir-ritonavir, as well as an anti-malarial drug called hydroxychloroquine, for the treatment of Covid-19 patients.

These drugs are also among the four treatment options being studied in the World Health Organisation’s (WHO) mega Solidarity Trial.

The fourth option in the trial is the use of interferon beta-1a, used to alleviate multiple sclerosis, together with lopinavir-ritonavir.

According to a recent report in The Lancet medical journal, researchers around the world have launched more than 180 clinical trials of everything from repurposed anti-virals and immunomodulators to unproven cell therapies and vitamin C, and a further 150 trials are preparing to recruit patients.

Drugs under study There are no proven treatments for Covid-19. Some of the more promising ones include:

This experimental drug was originally developed to treat Ebola.

“NCID and our public hospitals are jointly participating in three clinical trials on the use of the anti-viral drug, remdesivir, in patients with moderate and severe Covid-19 infection, as well as those requiring ICU care,” said Professor Tan Chorh Chuan, chief health scientist at the Ministry of Health.

As of April 30, 76 patients have been recruited for the three trials, of which 16 were for the NIH trial

Two remdesivir trials in China, which were stopped early due to a lack of eligible patients, found that the drug did not speed up the recovery of patients or prevent them from dying.

HIV DRUGS The combination of lopinavir-ritonavir is a licensed treatment for HIV.

According to the WHO, there are indications from laboratory experiments that this combination may be effective against Covid-19, but studies done so far in patients have been inconclusive.

Singapore hospitals have been using these drugs to treat patients.

Prof Lye, who is also head of the Infectious Disease Research and Training Office at NCID, said studies for this treatment option are being arranged for the Ascot – short for Australasian Covid-19 trial – which started recently in Australia.

“We know lopinavir-ritonavir does not work if given late (when patients already need oxygen), so we hope to enrol them in the early first week of illness,” said Prof Lye.

These are chloroquine and its derivative, hydroxychloroquine, which have been used for decades to treat diseases such as malaria, rheumatoid arthritis and lupus.

Hydroxychloroquine, which is being studied in the Australasian trial, is the drug that was touted by US President Donald Trump as a cure for Covid-19, prompting people in the US and elsewhere to snap it up.

The drugs have not been proven to cure Covid-19 and the health authorities, such as Health Canada and the FDA, have warned against their use except in hospitals and research studies, as they can cause serious side effects.

“The chloroquine trial from Brazil has reported some serious side effects, but the doses used in that trial were very high,” said Prof Lye.

“In the Australia trial, the doses of hydroxychloroquine are advised by leading international malaria experts with pharmacological data. Additionally, hydroxychloroquine has fewer side effects than chloroquine,” he added. – The Straits Times/Asian News Network

About the Author: The Star Online