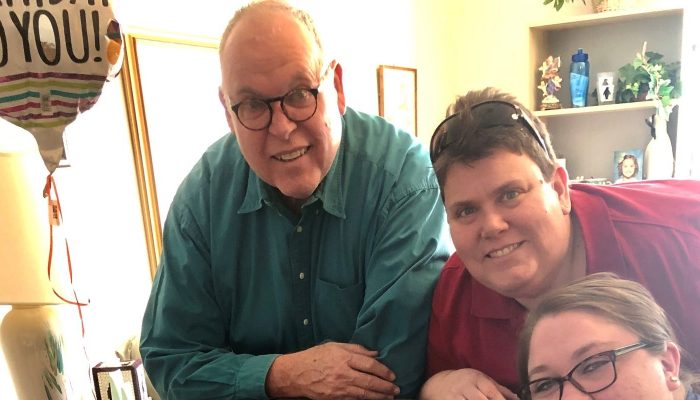 As Jan Loomis’ 93-year-old mother was being transported to a nursing home where she would stay for a few weeks, he wondered how many COVID-19 cases the facility had and how well equipped its staff was to manage the pandemic.

He couldn’t be with her, as many nursing homes and assisted living facilities have banned visitors because of the new coronavirus.

All he had was a facility name — Mission Palms Post Acute — and an address — 6461 E Baywood Ave. The information had been given to him over the phone by an employee at Brookdale North Mesa, the assisted-living facility where his mom, Jeri Loomis, lives.

His sister looked up the facility on Nursing Home Compare, a government website that provides data on the quality of skilled nursing facilities. They could see it had two stars and a history of infection-control errors. They could access inspection reports detailing mistakes made while caring for individual patients there.

But they could not easily learn about the facility’s COVID-19 situation, even though state public health officials had collected reports on it since early April.

The next several days would be a blur of confusion and anxiety. Loomis and his family would spend them in the dark because the state keeps secret COVID-19 data it receives from nursing homes. And a rule intended to keep immediate family in the loop on potential outbreaks doesn’t always work in practice.

Loomis said he felt helpless as he called the nursing home all weekend, following his mother’s Friday night move.

“It’s almost like the next steps are planning the funeral,” Loomis said, noting that his mother referred to the nursing home as “a stopping point on the way to the cemetery.”

Every week, nursing homes submit to the state the number of COVID-19 cases they have, the number of hospital transfers and personal protective equipment use.

It’s all information Loomis wanted before his mom stepped foot in the new facility. But Arizona public health officials refuse to share these reports, saying it would be bad for business and put residents at risk for being identified.

In lieu of widely sharing the numbers, Gov. Doug Ducey ordered nursing homes to promptly share with residents and family the number of COVID-19 cases and deaths they’ve had. People getting transferred are also supposed to get this information, if they ask, before the transfer happens. Applicants, too, are entitled to know it.

Maricopa County Superior Court Judge Christopher Coury ruled the state doesn’t have to share the names of nursing homes that have COVID-19 patients. He acknowledged that people with loved ones in nursing homes or who planning to move into one deserve to know how their facilities have fared during the pandemic.

“Fortunately, this need of family and caregivers has been mitigated, if not eliminated,” by Ducey’s order, the judge wrote in his ruling denying release of the information to local news organizations.

But at least in Loomis’ case, the lived experience was far from the ideal hypothetical outlined in Judge Coury’s ruling. His mother had spent nearly three weeks in the new nursing home before he was informed of how many COVID-19 patients had been treated at the facility, Loomis said.

Jan had read the news that the state had denied requests to release the information he wanted to know. But he didn’t know the nursing home was required to tell him that information if he asked.

Even if he had, his mom would have already been settled into the new home days before he got answers. He couldn’t get anyone at Mission Palms on the phone until Monday, he said.

And then they told him they didn’t have his mom.

That’s when he found out she was at Desert Blossom Health and Rehabilitation instead, he said.

Brookdale, which had transferred Loomis’s mom, could not directly address what happened in his case because of the “confidentiality that governs (its) relationships with residents and families.”

“We put the health and welfare of our residents as our highest priority,” said Heather Hunter, the company’s spokesperson.  “We work hard to maintain an open and constructive dialogue with families and resident physicians about the best options for additional care for a resident.”

Elaine Ryan, vice president of state advocacy and office integration at AARP, said cases like Jeri’s exemplify why COVID-19 data related to nursing homes should be published and easily accessible.

Particularly at a loss are people who transfer to a nursing home to heal after a medical procedure, she said. The governor’s order only permits them to know the number of COVID-19 cases once their transfer is accepted.

They should have been able to access a list of all facilities throughout the pandemic, she said.

“How can anyone responsibly counsel people about their own health and safety if there isn’t a modicum of public disclosure of what’s going on?” Ryan asked.

And the government shouldn’t assume that families are getting the information they need. Ryan said AARP has received more than 6,000 stories in three days from families citing problems with their nursing homes during the pandemic. They include frustration over lack of communication and even instances in which loved ones died of COVID-19 and their families didn’t know they had the disease.

Patrick Ptak, the governor’s spokesperson, said people should contact ADHS if their facilities are not reporting information in a timely manner or complying with the governor’s order.

“It’s not because our laws are that much stricter, or written to be iron clad against release,” said James G. Hodge, Jr., director of Arizona State University’s Center for Public Health and Law. “Most other states’ provisions are very similar.”

“The difference is that our Arizona Department of Health Services is interpreting them in a way that says, ‘We do not have to release these specific data,'” said Hodge, who has studied other states’ laws and drafted model public health information privacy laws.

He said the benefits of releasing the information outweigh the drawbacks, but that public health officials may balk out of worry the data isn’t always accurate.

Pennsylvania Department of Health, for example, is facing a possible lawsuit after releasing a report on nursing home COVID-19 cases that an advocacy group said was wrong.

Loomis’ mom was transferred because she tested positive for COVID-19. She had no symptoms, so he worried she’d had a false positive test and was going to actually get sick at the nursing home. Especially because he had no idea how many cases there were to begin with.

The way she was treated on her first weekend in the new facility didn’t give him much confidence, either.

Her first night, she didn’t get her medication until midnight. She usually takes it at 5:30 pm or 6 pm. The next day, she was left on the toilet for more than an hour. The emergency call button was broken, Loomis said.

“She sat there in tears, her legs and feet becoming numb, until someone finally came to check on her,” Loomis said.

Staff also told her there weren’t enough outlets to plug in her Alexa device, which she relies on to make phone calls, play music and listen to the news, Loomis said. She is blind. So she depends on the device to connect with the outside world.

Loomis said the nursing home administrator apologized to his mom about the toilet incident after The Arizona Republic contacted the facility and left a voicemail about it. Staff also has since set up his mom’s Alexa.

Loomis said the administrator has also since shared with him that the facility has treated more than 100 COVID-19 patients and that the place has a 92% to 93% recovery rate.

Loomis said the administrator told him to call any time.

“After the newspaper called,” Loomis said.

Scott Petty, the nursing home administrator, wrote in an email to The Republic that he appreciated that the reporter alerted him to the family’s concerns.

He said in an email that his facility provides information about COVID-19 to residents, “responsible parties,” family and staff whenever they ask, rather than waiting for an application or accepting a transfer.

Desert Blossom has accepted 144 patients with COVID-19, as it created a wing dedicated solely to caring for them, he said.

He also noted that, outside of those transfers, no residents have tested positive for COVID-19 since April 17.

But Loomis didn’t know that Desert Blossom had dedicated itself to caring for COVID-19 patients. All he knew when his mom moved in was that she had a rooommate. And that scared him because that meant she was no longer isolated.

“It would have been helpful to know that this is a facility that is specialized in this and that their people are trained, have adequate PPE,” he said. “That could have relieved a lot of stress and anxiety for us.”

Chris Minnick, spokesman for ADHS, said facilities overseen by ADHS must comply with licensing requirements and the governor’s order. He said residents can file complaints with ADHS if they feel facilities are breaking rules.

But in Loomis’s case, it’s not that Desert Blossom broke reporting rules. The facility only had to tell him about cases if he asked before his mother moved in. Rather, the root of the problem was that the information wasn’t readily available to him in a confusing and scary time.

Remembering COVID-19 victimsPaying tribute to Arizonans lost to the pandemic

The federal government released nursing home-level COVID-19 data on Thursday, but it was well after the Loomis family had needed it. And the federal data doesn’t give the full picture.

For example, the federal data show that Desert Blossom has taken only 53 COVID-19 patients, not the 144 Petty told The Republic about.

That’s likely because the Centers for Medicare and Medicaid Services only required facilities to report cases starting in May. Some may have reported numbers prior to that, but it is likely that many did not because they’re short-staffed and already struggle with mountains of paperwork.

Also CMS has acknowledged its data may have errors, as with any new reporting system. The agency published its data as quickly as possible to be transparent and it expects fewer errors over time.

David Voepel, executive director for the Arizona Health Care Association, said the current data will become more meaningful over time because people will be able to observe trends. But for now, not so much.

Loomis said he may have to move his mom into a nursing home permanently but he wants to be able to shop around. So he wonders: If he wants a full picture, will he have to submit an application every time just to get information about COVID-19 cases?

Loomis said the application document for his mom to stay at Desert Blossom was 33 pages.

“An application process is not a small thing,” he said. “I probably spent between three and four hours to complete the document Desert Blossom sent me.”

About the Author: Caitlin McGlade