That’s what happened during the Ebola outbreak that left more than 11,000 dead in West Africa between 2014 and 2016. NIAID researchers planned to test a new drug called ZMapp, and add other promising treatments as they became available. Zmapp appeared to prevent Ebola patients from dying, but the trial, which was a collaboration between NIAID and the Ministries of Health in Liberia, Sierra Leone, and Guinea, didn’t get enough participants before the outbreak ended to tell for sure. And the researchers never evaluated additional drugs. “The lesson we learned from that is that we could feasibly get an adaptive trial up and running mid-outbreak, but we had to move much, much faster,” says Kalil.

Read all of our coronavirus coverage here.

So in 2018, when the hemorrhagic fever erupted again, this time in the Democratic Republic of the Congo, there was still no approved treatment. That time, the trial the NIAID helped design replaced a placebo with ZMapp, and tested three other treatments, including remdesivir and two monoclonal antibody cocktails against it. When those antibody treatments proved vastly more effective than both remdesivir and ZMapp, patients stopped getting divided into four treatment groups, and just received one antibody treatment or the other.

This adding and subtracting of drugs from a single clinical trial is known as an “adaptive” trial design. The idea was to create a more flexible approach that wouldn’t let the logistical and ethical challenges of conducting drug experiments during an epidemic cloud clear results. “It’s still relatively new, but it’s an incredibly useful and powerful way to find new therapies in an outbreak,” he says. That’s the kind of trial Kalil is now running for Covid-19. And this week, America finally got to see it in action.

NIAID study leaders were notified Tuesday night by independent monitors that remdesivir was shrinking recovery times, reportedly based on results from the first 460 patients. Instead of stopping there, the trial will now evolve. Going forward, Fauci said, study participants can expect to get remdesivir as the new standard of care, replacing the placebo as the trial’s control. NIAID will begin bringing in other promising drugs to be tested against it, like a tournament of treatments. Except, unlike March Madness, there’s no specific stopping point.

As for Covid-19 patients who aren’t enrolled in a clinical trial, when might they be offered remdesivir? It’s hard to say exactly, but according to The New York Times, the FDA is planning to announce an emergency use authorization for the drug as early as this week. That would not constitute a formal approval, but it would give Gilead the green light to sell remdesivir during this time of public health crisis. The company stopped offering it on a compassionate use basis in late March and donated its existing drug stockpile to the bevy of ongoing clinical trials. Gilead now has enough remdesivir on hand to treat 140,000 patients and intends to ramp up to 1 million courses of treatment by the end of the year, according to a statement on the company’s website. So far, there has been no word on how much the drug will cost. Gilead representatives did not respond to WIRED’s repeated requests for an interview.

The results of the company’s own trial suggest that Gilead should be able to stretch its current remdesivir supply twice as far. But with the whole world clamoring for a treatment, and 60,000 to 80,000 new Covid-19 cases appearing every day, there are going to be difficult decisions ahead about who gets it and who doesn’t. That’s why adaptive trials like NIAID’s, and other large, innovative experiments aimed at speeding up the availability of multiple effective drugs and vaccines, are so vital right now. There’s no one silver bullet for ending a global pandemic.

WIRED is providing free access to stories about public health and how to protect yourself during the coronavirus pandemic. Sign up for our Coronavirus Update newsletter for the latest updates, and subscribe to support our journalism.

More From WIRED on Covid-19 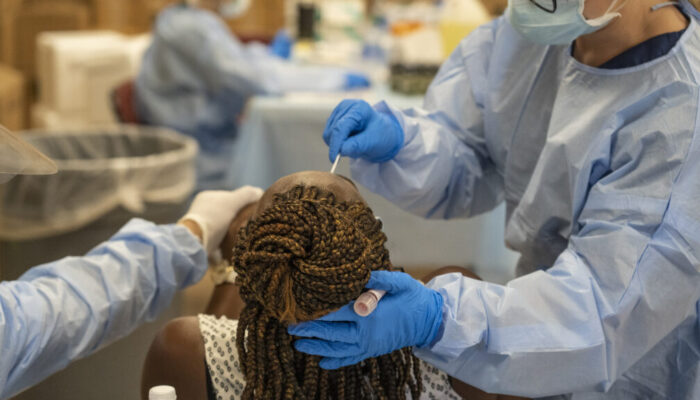 About the Author: Megan Molteni