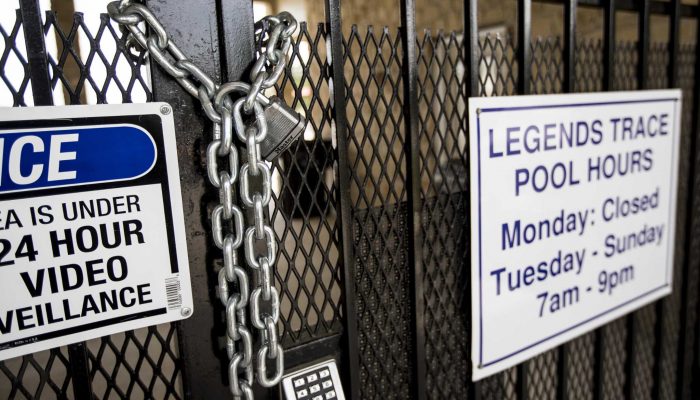 In the recent debate over who has the authority to “reopen” the coronavirus-stricken U.S. economy — the president or the state governors? — the textbook answer is “the governors,” with extra credit for citing the 10th Amendment to the Constitution.

The more accurate answer, however, is neither.

The real decider, to quote another part of the Constitution, is “We the people.”

Until consumers feel safe enough to dine at restaurants, catch a flight or spend some time at shopping malls, elected officials can do little to get the economy into first gear, let alone out of reverse.

That’s why any plan for restarting the economic engine by easing or lifting social distancing restrictions must be based on scientific and medical data sound enough to assure the public that it is safe to leave the house, re-enter the marketplace and send the kids back to school.

Such a plan should include:

A robust testing regimen with enforced isolation for those who test positive and “contact tracing” and notification of those they may have exposed.

Local medical facilities that are properly staffed and equipped to handle new outbreaks and treat cases, including those requiring hospitalization.

Businesses that are retooled and equipped to better shield workers and customers, along with schools that are set up, physically and conceptually, to protect teachers and students.

Safeguards for the most vulnerable, especially those in nursing homes.

A continued push by scientists and pharmaceutical companies to find therapeutic treatments and vaccines while the rest of us follow mitigation protocols.

Anything less increases the risk of new COVID-19 flare-ups and makes the recovery longer and slower as consumers have to start the stay-home process all over again. Many of these things will have to be done in stages and more slowly in some parts of the state regardless of how many people demand a more sweeping response.

This does not downplay the damage being done to the nation’s economy by shutdowns and stay-at-home orders. More than 22 million people have applied for unemployment benefits over the past four weeks, including 1 million in Texas. U.S. retail sales plunged an unprecedented 8.7 percent in March, and JPMorgan Chase economists predict the U.S. economy will shrink by a previously unthinkable 40 percent in the quarter that began this month.

Those calling for quicker action have legitimate concerns about the long-term health and well-being of millions of people, pointing to the Great Depression landscape of chronic unemployment, widespread homelessness, hunger and deaths of despair.

But it doesn’t have to be a choice between lives and livelihoods. A safe, strategic reopening that adequately addresses health concerns while limiting the spread of the virus will provide both.

The persistent obstacle for the nation, and especially for Texas, is coming up with an effective testing program. The United States has lagged well behind other countries in per capita testing. Texas has been at or near the bottom of even the lackluster U.S. testing rates, which leaves the state with a lot of unknowns about how widespread the virus is here and whether the problem is getting better or worse.

Gov. Greg Abbott is scheduled to release details Friday on how he thinks the state should go about getting businesses open and putting people back to work.

“This is not going to be a rush-to-the-gates, everybody-will-be-open-all-at-once (situation),” he said at a news conference Monday. “We have to reopen in a way in which we are able to stimulate the economy while ensuring we can contain the spread of COVID-19.”

That’s the right approach. And a tough one. We applaud the governor for resisting calls for a rushed reopening and urge him to maintain the same caution in his announcement Friday. The next step is to give Texans concrete evidence of increased testing and contact tracing — and better transparency in releasing the data that would boost confidence — testimony from the medical community that it is prepared to respond and guidance for businesses to operate responsibly.

The governor can announce a grand reopening, but the test is whether people will show up.