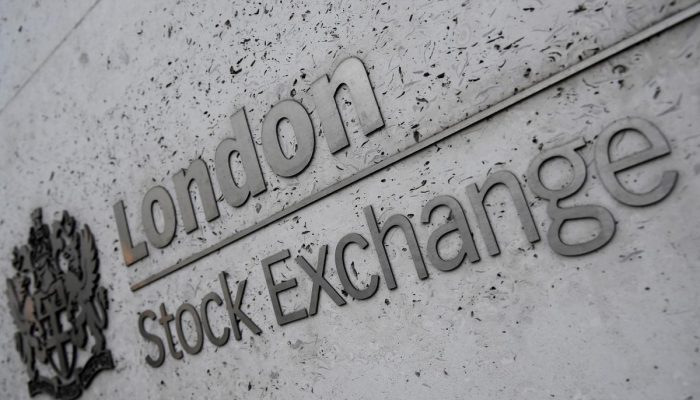 (Reuters) – European shares swung higher on Wednesday as hopes of a rebound from a coronavirus-led economic slump charged Wall Street and technology stocks rose on both sides of the Atlantic.

The pan-European STOXX 600 finished 1% higher after falling as much as 0.8% at the open. The euro zone’s leading stocks index .STOXX50E gained 1.4%.

“This buoyant start gave a helping hand to the European indices, which had initially been flagging,” wrote Connor Campbell, a financial analyst at SpreadEx.

Another boost to the STOXX 600 was AstraZeneca Plc (AZN.L), which gained 2.4% after U.S. regulators approved Merck Inc’s (MRK.N) and its Lynparza as a prostate cancer treatment.

A stock market recovery from March lows has stalled, with the STOXX 600 up 0.8% this month after a 6% jump in April.

“Investors are playing a waiting game,” said Edmund Shing, global head of equity derivatives strategy at BNP Paribas. “We want to see how the exit from lockdowns proceeds and see how quickly each economy picks up.”

European markets have cheered a Franco-German proposal for a 500 billion-euro Recovery Fund that would bind all 27 European Union states to raise debt jointly to offer grants to regions hit hardest.

However, Austrian Chancellor Sebastian Kurz said on Tuesday a group of EU states will propose loans, not grants.

The world’s biggest credit data company Experian Plc (EXPN.L) gained 7.4% as it said its executive directors would take a 25% salary cut for six months and forecast first-quarter organic revenue to decline by 5% to 10%.

German business software group SAP (SAPG.DE) rose 2% after a company executive said it expects to stick to its dividend policy.

About the Author: Sruthi Shankar