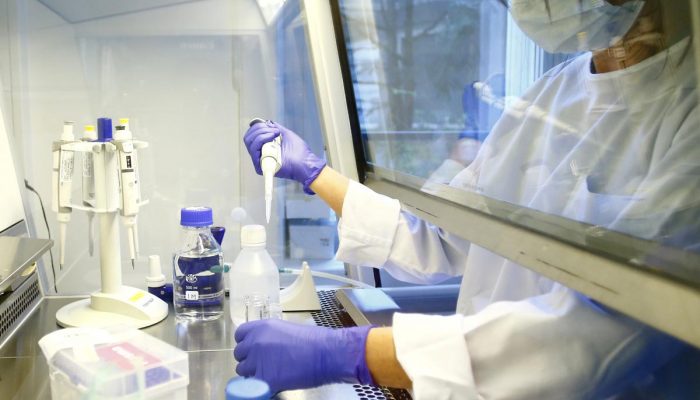 The European Commission is expected to put forward the plans as early as next week. They are part of a wider EU strategy aimed at securing enough doses of a possible vaccine for the bloc as it fears lagging behind the United States and China.

The reform is expected to reduce member states’ power to impose extra requirements on drug companies when they conduct clinical trials on medicines and vaccines containing genetically modified organisms (GMOs), according to the sources.

In some countries like Italy and France, for example, treatments must receive authorization from government environment or research departments, as well as from health and drug authorities, under rules that are up to 20 years old and also cover the more publicly sensitive area of GMO crops.

This has long caused bottlenecks in a pharmaceutical industry that increasing relies on genetic engineering.

Such delays could be particularly problematic now that Europe may quickly need to accelerate trials, an EU Commission official said, warning that some of the most promising COVID-19 shots under development contain GMOs.

A spokesman for the EU Commission, the EU executive, declined to comment.

Vaccines Europe, which represents many big pharmaceutical players including AstraZeneca, Sanofi, Pfizer, GSK and Novavax, said planned changes would create a level playing field between vaccines which contain GMOs and those that do not.

“GMOs are very specific to very few vaccines based on adenovirus vectors,” Michel Stoffel of Vaccines Europe told Reuters, citing those developed by AstraZeneca and Johnson & Johnson among those that contain GMOs and would benefit from the possible changes.

Vaccines developed by Chinese firm Cansino and U.S. giant Merck also contain adenovirus vectors, which cause the common cold, and other replicating viruses. They aim to introduce a gene from the novel coronavirus into our bodies, to elicit an immune response and protect from subsequent exposure.

The United States last week identified five companies as the most likely candidates to produce a vaccine for the coronavirus. They are: U.S. players Johnson & Johnson, Moderna, Merck, Pfizer as well as Britain’s AstraZeneca, which is working with Oxford university.

Promising candidate vaccines may soon reach the stage of mass trials involving thousands of volunteers in several countries. If the bloc does not speed up its authorization process for GMO vaccines to allow such trials to happen swiftly in Europe, the continent could fall behind in gaining access to any successful shots in bulk.

Any decision by the European Commission to accelerate GMO vaccine trials would need to be approved by EU lawmakers and member states.

The push by the bloc comes at a time when experts warn it is becoming increasingly difficult to trial vaccine candidates in Europe as the epidemic recedes there, because trials are usually most successful when a virus is widely circulating in the population.

A failure to come up with a vaccine would leave the region, and the world, exposed in the event of a second wave of infections.

The GMO vaccine plans are expected to be announced as part of an “EU strategy for the development of a COVID-19 vaccine”, which the Commission will unveil on June 17, according to a draft agenda of the EU executive.

Officials have told Reuters that as part of the strategy the Commission will also announce plans to use an emergency 2.4-billion-euro ($2.7 billion) fund to make advance purchases of promising vaccines against the new coronavirus.

About the Author: Francesco Guarascio