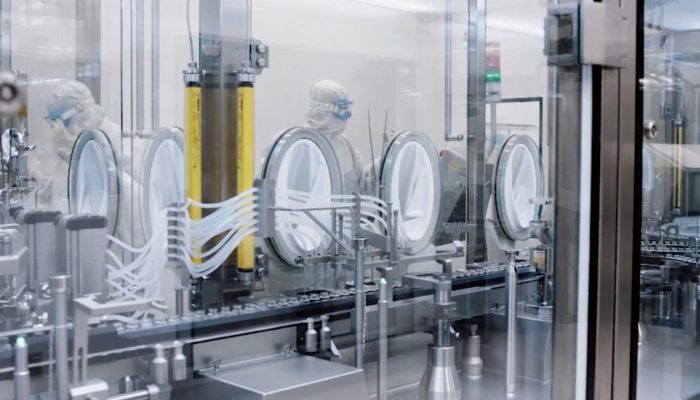 The experimental COVID-19 treatment remdesivir has flopped in a trial in China, according to reports.

Citing draft documents published accidentally by the World Health Organization, the Financial Times reports that the study was the first randomized clinical trial of the antiviral to treat coronavirus.

The Chinese trial did not improve patients’ condition or remove the pathogen’s presence in their bloodstream, according to the FT. The trial compiled data from 237 patients, it said, 158 of whom received the drug. Their progress was compared to the remaining 79 patients in the study. Significant side effects were also reportedly seen in some patients, which meant that 18 were taken off the drug.

Health news site STAT also reported on the document, noting that the data from the study are likely imperfect. The trial, it reported, was ended prematurely, which could have affected the results.

REMDESIVIR: WHAT TO KNOW ABOUT POTENTIAL CORONAVIRUS TREATMENT

In a statement obtained by Fox News, a Gilead Sciences spokesperson said the WHO documents “included inappropriate characterizations” of the study:

We regret that the WHO prematurely posted information regarding the study, which has since been removed. The investigators in this study did not provide permission for publication of results. Furthermore, we believe the post included inappropriate characterizations of the study. Importantly, because this study was terminated early due to low enrollment, it was underpowered to enable statistically meaningful conclusions. As such, the study results are inconclusive, though trends in the data suggest a potential benefit for remdesivir, particularly among patients treated early in disease. We understand the available data have been submitted for peer-reviewed publication, which will provide more detailed information from this study in the near future.There are multiple ongoing Phase 3 studies that are designed to provide the additional data needed to determine the potential for remdesivir as a treatment for COVID-19. These studies will help inform whom to treat, when to treat and how long to treat with remdesivir.

The studies are either fully enrolled for the primary analysis or on track to fully enroll in the near future.

In the U.S., remdesivir is still awaiting regulatory approval as a coronavirus treatment. The antiviral was previously used to treat Ebola patients and has been garnering massive attention as the world scrambles to contain the coronavirus pandemic. Experts, however, have warned that people should not take drugs unless prescribed by a doctor.

Remdesivir is one of a number of drugs in the spotlight as the U.S. scrambles to contain the pandemic. In a press conference last month, President Trump and FDA Commissioner Dr. Stephen Hahn described several approaches under testing, such as chloroquine, a drug long used to treat malaria, and remdesivir.

In a recent open letter, Gilead CEO Daniel O’Day explained that seven clinical trials have been set up to determine whether remdesivir is a safe and effective treatment for COVID-19. “China initiated the first two studies in early February for patients with severe and moderate symptoms of the disease,” he wrote. “Since then, an additional five trials have been initiated around the world.”

“Two Phase 3 studies are being run by Gilead in areas with a high prevalence of COVID-19 in the United States, Asia and Europe,” O’Day added at the time. “One of these is for patients with severe disease and the other studies remdesivir in patients with more moderate symptoms.”

The U.S National Institute of Allergy and Infectious Disease and the World Health Organization are also running global trials, according to O’Day.

China recently suspended two clinical trials for remdesivir, saying that the “epidemic has been controlled well at present.”

An April 15 notice on the U.S. National Library of Medicine’s ClinicalTrials website said the trials were postponed as “no eligible patients can be recruited.”

However, a small research study recently revealed that remdesivir is showing early promise in the battle against the coronavirus outbreak.

The study, which was published in the New England Journal of Medicine, was supported by Gilead Sciences.

As of Thursday afternoon, more than 2.67 million coronavirus cases have been diagnosed worldwide, at least 847,985 of which are in the U.S. The disease has accounted for at least 186,131 deaths around the world, including at least 46,785 people in the U.S.