Home Covid Treatments Explainer: What are antibody therapies and who is developing them for COVID-19? 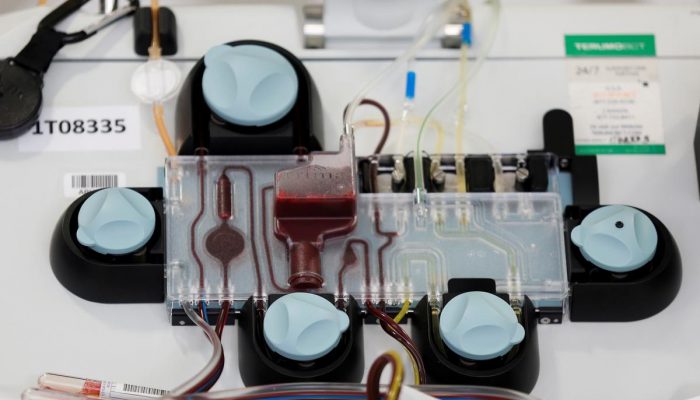 
NEW YORK (Reuters) – While some potential vaccines have emerged in the global race to find a way to stop the spread of COVID-19, many scientists and researchers believe antibody based therapies hold great promise for treating people already infected with the disease.

FILE PHOTO: An apheresis machine separates and collects convalescent plasma from the whole blood of a recovered coronavirus (COVID-19) patient at the Central Seattle Donor Center of Bloodworks Northwest during the outbreak in Seattle, Washington, U.S. April 17, 2020. The plasma from recovered patients will be used in an experimental treatment study for current coronavirus patients. REUTERS/Lindsey Wasson

More recently, scientists have developed treatments called monoclonal antibodies — antibodies that can be isolated and manufactured in large quantities to treat diseases like Ebola or cancer. Companies, like Eli Lilly and Co (LLY.N) and Regeneron Pharmaceuticals (REGN.O) in the United States, are trying to use this approach to develop their treatments.

Designing antibody drugs to treat or protect high risk people, including those with weak immune systems, could require hundreds, or even over a thousand times more protein than found in a vaccine shot, according to Junshi.

The CoVIg-19 Plasma Alliance, which includes Japan’s Takeda Pharmaceuticals (4502.T) and CSL Behring, is working on hyperimmune globulin therapy derived from convalescent plasma, which could offer a standardized dose of antibodies and doesn’t need to be limited to patients with matching blood types.

Britain’s GlaxoSmithKline (GSK.L) is working with Vir Biotechnology Inc (VIR.O) to develop potential antibody treatments which select the best antibodies out of the plasma.

About the Author: Michael Erman