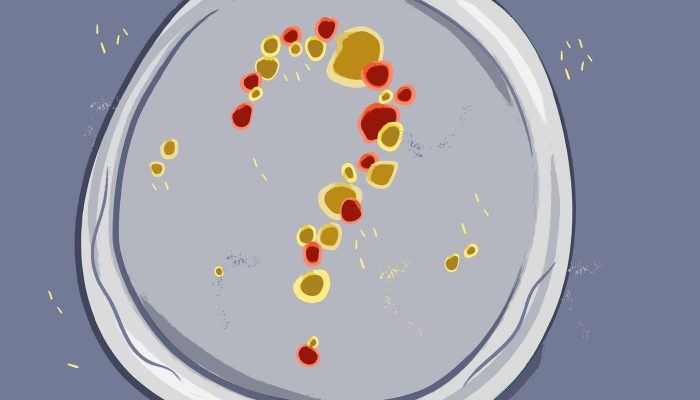 
SALT LAKE CITY — A group of religious leaders recently called for the development of an “ethical” COVID-19 vaccine, resurrecting a debate that is contentious even among abortion opponents.

Is it morally wrong to make or receive a vaccine linked to an abortion that took place decades ago? The signers of a letter sent to President Donald Trump and the leaders of two federal agencies say yes.

They say that at least one company working on a COVID-19 vaccine is using a cell line derived from an 18-week-old fetus aborted in 1985, and ask the government to “encourage and incentivize” the development of vaccines using cells that are not “ethically problematic.”

“No American should be forced to choose between being vaccinated against this potentially deadly virus and violating his or her conscience,” the authors said.

A patient receives a shot in the first-stage safety study clinical trial of a potential vaccine for COVID-19, the disease caused by the new coronavirus, at the Kaiser Permanente Washington Health Research Institute in Seattle on March 16, 2020.

Companies that develop vaccines using cell lines derived from abortions don’t hide this information, which is available on the websites of businesses that sell the cells, and in prescribing information from the manufacturers and the Food and Drug Administration. And opposition to the practice isn’t new. One of the signers of the letter, Debi Vinnedge, of Florida, has been working for two decades to end the use of these cells.

But opponents have a new argument in the arsenal: With increasing numbers of parents refusing to vaccinate their children, wouldn’t it improve vaccination rates if researchers abandoned known sources of controversy?

“To me, it’s completely irresponsible to do this,” Vinnedge said. “What good does it do to produce a vaccine if people sit back and say, ‘I can’t use that. That violates everything I believe in.’”

Here’s why researchers are still using cells associated with an abortion that took place nearly 60 years ago, and what abortion opponents are doing to try to stop them.

Unlike bacteria, which can survive on their own, viruses have to hijack host cells in order to reproduce. That’s why scientists need cells to grow viruses in lab dishes when developing a vaccine.

Cells from animals were commonly used before the 1960s, but they carried risks. For example, in 1960, it was discovered that monkey kidney cells used to make a polio vaccine contained a virus called Simian Virus 40, potentially putting patients at risk.

Some researchers turned to human cells obtained from abortions, creating so-called “immortal” cell lines that reproduce indefinitely. Some of these lines are controversial, such as the “HeLa” line derived from the tumor of a 31-year-old mother dying of cervical cancer in 1951, a story told in Rebecca Skloot’s 2010 book “The Immortal Life of Henrietta Lacks.”

The cells from Lacks’ tumor were found to double every 24 hours. “In the decades since their isolation, scientists have grown an estimated 20 tons of them,” Alan Dove wrote in Science magazine.

The HeLa line was controversial, however, because Lacks was never asked for her consent and her family was not compensated.

Vials used by pharmacists to prepare syringes used on the first day of a first-stage safety study clinical trial of the potential vaccine for COVID-19, the disease caused by the new coronavirus, are pictured at the Kaiser Permanente Washington Health Research Institute in Seattle on March 16, 2020. In early April 2020, the World Health Organization counted more than five dozen vaccine candidates being pursued around the world.

Similarly, when a Swedish woman had an abortion near Stockholm in 1962, the fetus became an agent of medical research — according to the mother, without her consent. The lungs were shipped to a lab at the University of Pennsylvania, where they, too, become “immortal,” in a cell line known as WI-38, according to Meredith Wadman, author of the 2017 book “The Vaccine Race.”

Scientists say that cell lines derived from healthy fetuses are pure and disease-free, and note that WI-38 cells have helped to make vaccines that have saved hundreds of millions of people from disease and death.

“The choice of cells in which to grow viruses is made based on ability to support virus growth and freedom from contaminants. In that regard WI-38 and MRC-5 human fetal cell strains are often excellent choices,” said Dr. Stanley Plotkin, a renowned vaccinologist who used WI-38 cells to develop a rubella vaccine, in an email.

But abortion opponents who object to what they call “ethically problematic” cell lines note that vaccines can be developed with insect cells or adult stem cells.

Some companies working on COVID-19 vaccines are trying to produce the disease’s signature “spike” protein as an antigen to incite the protective immune response. “The way in which the spike protein is produced depends on the particular vaccine method. Some require cells and some do not,” said Dr. Alan Moy, CEO of Cellular Engineering Technologies in Coralville, Iowa, in an email.

And specific types of vaccines — mRNA and DNA vaccines — do not require cultured cells, Moy said. “The mRNA and DNA are synthesized artificially and then injected directly into patients where the tissue produces the spike protein.”

The de-facto leader of the effort to retire these cell lines is Vinnedge, a Florida grandmother who founded Children of God for Life in 1999, to lobby against embryonic stem cell research. She expanded to lobbying against abortion-derived vaccines later, after learning that her children and grandchildren had received vaccines developed with WI-38 cells.

(The cells used in vaccine development are not stem cells but fibroblasts, connective tissue cells. WI-38 cells for commercial use sell for $257 from one vendor in New Jersey.)

Vinnedge, who tracks vaccine development through patent applications and other science documents, said that there are three vaccines in the U.S. for which parents have no alternative: rubella, chicken pox and hepatitis A.

But people troubled by the practice have a moral duty to lobby for “other, sound alternatives,” Di Camillo said.

Writing for The Federalist earlier this month, Gifford Grobien, a professor at Concordia Theological Seminary, a Lutheran institution in Fort Wayne, Indiana, argued that although the cells used today are many years distant from the original fetal tissue, they contain the same genetic material.

“Current cell lines WI-38 and MRC-5 are living cells, derived from the fetus, carrying the same DNA as the body from which they came,” Grobien wrote, calling for people of faith to unify in protest against their use.

“The Christian public voice should be clear and consistent. With legislative trends going against religious exemptions, strong statements from religious leaders and institutions become increasingly important,” he said.

About the Author: Jennifer Graham