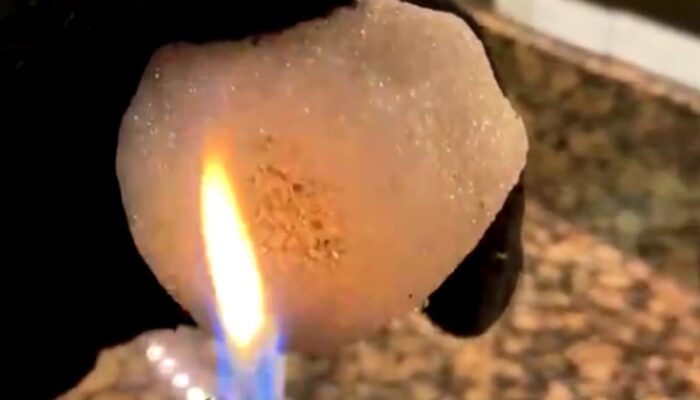 The US is continuing its recovery after being hard hit by Winter Storm Uri last week, with heavy snowfall seen across much of the country and the state of Texas suffering power outages, rolling blackouts and damage to its water infrastructure as far south as Houston.

At least 58 people died and a political furore erupted when it emerged the state’s Republican senator Ted Cruz had chosen the moment to go on a family vacation to the sunny Mexican beach resort of Cancun rather than support his constituents.

But one of the stranger responses to the disaster was the spread of viral conspiracy theory videos on TikTok, Facebook and Twitter claiming that the severe snow was actually “fake” and “government generated” as part of a sinister plot instigated by shadowy “elites”, presumably intentionally plunging Texas into its present state of chaos.

“This goes out to our government and Bill Gates. Thank you Bill Gates for trying to f***ing trick us that this is real snow,” a woman says in one video as she holds a cigarette lighter to a snowball over her bathroom basin.

“You’ll see it’s not melting and it’s going to burn. Snow don’t burn. Snow f***ing melts. No water, no dripping, no nothing. If I put this s*** in the microwave, it’s going to start sparking because there’s metal mixed in it.”

In another clip, a girl gathers a snowball from her lawn and holds it over a tealight candle observing the same phenomenon – that it doesn’t appear to melt but is charred black by the flame.

A number of other videos have cropped up on the same platforms with titles like “Need some explaining…” and “Anyone played with the government generated snow yet?”

The same doubts have actually arisen before when snow unexpectedly blanketed Atlanta, Georgia, in February 2014, prompting science writer Phil Plait of Slate to debunk them.

“As the snow melts, the remaining snow absorbs the water. That’s why it doesn’t appear to drip; the snowball becomes a slushball,” he explained, alluding to the process of “sublimation” by which moisture lost from snow disappears as vapour, a gas, and not through dripping water, a liquid.

As for the charring, Mr Plait wrote: “The black scorch marks are actually from the lighters themselves. Butane is a hydrocarbon, a molecule made up of carbon and hydrogen. When you burn it, the molecule reacts with oxygen in the air, breaking the bonds between atoms, and reforming new molecules. If the burning were perfect, all you’d have left is carbon dioxide (CO2) and water (H20).

“But the burning is never completely perfect, and you get other stuff too. One thing that happens is that some of the carbon molecules reform into long chains, creating what we call soot. It’s that stuff that’s collecting on the snowball, not material from the snow itself!”

His assessment was endorsed on Friday by Tandy Grubbs, professor and chair of the department of chemistry and biochemistry at Stetson University, who told USA Today of one of the videos: “Firstly, I would note that the demonstrator did not hold the lighter under the snowball long enough to melt enough of the snow to potentially see water formation (and dripping).

“Soot would ordinarily not be visible when a lighter is burning in open air, but the snowball in this case is acting like a filter, catching and accumulating the black soot particles, which show up quite visibly on the white snow after a few seconds of exposure.”

As for why the US government might want to turn a winter storm against its own people, assuming it could, Facebook conspiracy theorist Scott Biddle believes it is a ploy by the new president to stop Texas seceding from the union.

“Joe Biden’s ‘Dark Winter’ statement was not a random thought, it was a foreshadow of what was to come, he wrote on the site. “Texas is the only state to have its own, entirely independent electric grid separate from the rest of the United States. This is warfare, an attack on Texas by altering the Jetstream, seeding the clouds, and ultimately causing the storm that blacked out over 4 million people. Sound crazy? Too hard to believe? Believe it.

“Why punish Texas? Texas can, and will secede from the United States within the next several years – they are in the process now and have been moving that direction.”

The videos have invited plenty of ridicule, with one commentator mocking a girl for testing a snowball with a hairdryer by saying: “Holding a piece of ice over an electrical device may be just slightly dumber than voting for Ted Cruz.”

While this might be a reasonably harmless example of an absurd conspiracy theory gaining traction online, the spread of misinformation-as-entertainment has had worrying consequences in recent years, from people being dissuaded from taking coronavirus vaccines over fears of mind control to believers in QAnon and its Pizzagate precursor engaging in acts of domestic terrorism, notably last month’s siege of the US Capitol, itself inspired by an untruth from Donald Trump.

About the Author: The Independent