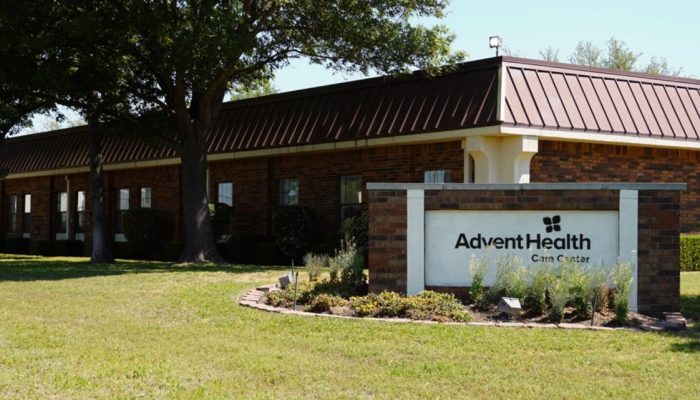 AdventHealth Care Center in Burleson told WFAA that it has been sharing positive COVID-19 results with residents and their relatives.

BURLESON, Texas — Several family members of residents inside a Burleson nursing home reached out to WFAA Friday, saying they were unaware 58 cases of COVID-19 had been reported at the facility until an article was published about it Thursday.

Per Tarrant County health officials, those 58 cases are made up of both residents and employees at the facility. So far, 24 employees have tested positive and the remaining 34 are residents.

WFAA tried to get updated numbers from the county and AdventHealth on Friday but was told by both organizations that they weren’t responsible for releasing that information.

AdventHealth sent WFAA to the county to ask for numbers, and a spokesperson for the county’s health department said only the facility was releasing numbers.

Through WFAA’s tip line, a number of submissions read that families of residents had no idea that many cases had hit the facility.

One of the people who reached out was Mary Jane Martinez.

Martinez’s mother Martha has been inside the facility for at least four years.

She was brought there after several bad falls and three brain surgeries, no longer able to take care of herself.

Martinez said that her mother tested positive for COVID-19 some six to seven days ago.

“I thought that she was going to die,” Martinez said. “I thought I wouldn’t see her again.”

Not long after the diagnosis, Martinez learned that her mother likely got the virus from the woman she roomed with.

At the time, she thought there were only a few cases among residents at the facility.

WFAA asked her if she was aware of the outbreak being as large as it is.

“No, not at all,” Martinez replied. “They could have done better.”

Martinez told WFAA that her mother is doing OK, but Martinez still worries after the health issues the 68-year-old has faced.

She said she hopes to hug her mother’s neck again.

“When we talk, she sounds good you know,” Martinez said. “I tell her if she can get through those surgeries, then she can do anything.”

Late Friday, a spokesperson for AdventHealth Care Center Burleson sent WFAA  a statement saying that the facility is now testing every resident out of precaution.

Those who have tested positive are being isolated and employees who have contracted the virus are staying home.

Their statement is as follows:

In regards to how we have communicated to residents and families: We are in frequent communication with our residents and their representative (typically a designated family member) and have been sharing the number of positive test results with them on a regular basis. Specifically, we shared on Friday April 17 that we were going to do precautionary testing on all residents and team members. While not required by any regulatory agency, we decided to perform this precautionary testing because we serve a very vulnerable patient population and we wanted to ensure that we were doing everything possible to keep them well. The test results began to come in on April 20 and we updated the residents and their representative with the information we had on test results on April 21 and again on April 24.

In regards to how we are protecting residents: We are following all protocols set forth by the Centers for Disease Control and Prevention (CDC), which include restricting visitors from entering our facility, refraining from group activities, closely monitoring the health of all our residents for any signs or symptoms of COVID-19, requiring all team members to wear face masks and personal protective equipment at all times and performing twice daily temperature screenings on all team members. All of the residents who have tested positive have been moved to a distinct isolation unit in the facility where we are closely monitoring their treatment and recovery. Should any resident develop symptoms requiring hospitalization they will be transferred to a nearby hospital for observation and to promote their continued health and safety. All of the team members who tested positive are recovering at home and will continue to self-quarantine in accordance with CDC guidelines.