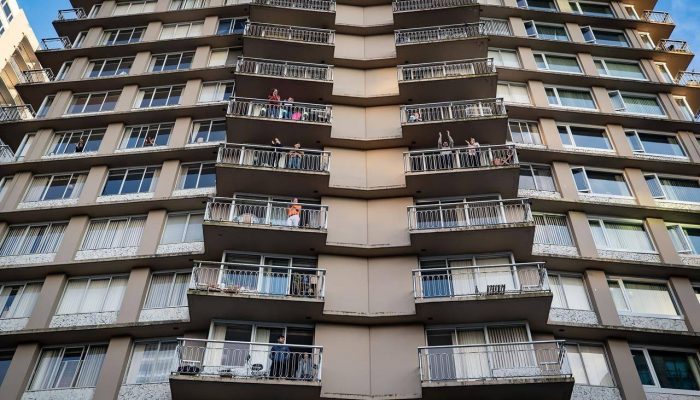 Living with other people doesn’t always mix with a pandemic that forces people to stay inside, and an expert in family relations says COVID-19 is causing some people to reassess their living arrangements.

It’s highlighting the need for people to talk about what is and isn’t working in shared spaces, said Robyn Pitman, a registered clinical counsellor and lecturer in the sociology department at the University of British Columbia.

“When you are asked by the government to stay at home and self-isolate with other people, you have to renegotiate everything — noise, space, who’s working where, who takes breaks, what time can everyone make noise again, who’s making lunch or dinner.”

Public health restrictions because of COVID-19 have blurred the separations between people’s work, home and social lives, said Pitman. They have also disrupted routines, such as child care, visiting friends or going to the gym.

Those routines act as buffers and coping mechanisms, she said, especially since the pandemic is a chronic stressor.

Without those buffers, Pitman said, the challenges of living with other people are amplified and laid bare.

That’s what happened between Miranda Pattyn and her roommate of around two years.

The 28-year-old software developer said the pair met via Craiglist and they’ve become friends, but Pattyn is moving into her own place next week.

Until then, Pattyn and her roommate are sharing a three-bedroom suite in Vancouver, where both of them have been working from home since the pandemic began.

Early on, Pattyn said they chatted about keeping the place clean and tried out a few weekly check-ins, which helped at first.

“We’re both pretty self-aware, communicative people who have a lot of empathy for each other.”

They even researched strategies that might help them strike a balance between their needs, added Pattyn.

“We always felt like we were walking on egg shells or doing something wrong,” she said. ”It was just a really uncomfortable way to live, especially with home being the only safe space that we really had.”

Eventually, Pattyn realized the main sticking point was the increased amount of time her roommate’s partner was spending at their home.

“I just sort of felt like when I was there and they were there it was their house and not mine,” she said, adding that she and her partner spent less time in the shared space.

Pattyn said she and her roommate both recognize the pandemic has created extenuating circumstances and no one person is to blame for the way things panned out, though their communication could have been better.

The pandemic also caused conflict between Maria Chung and her former roommate, as the 23-year-old recent graduate has since moved into a studio apartment of her own.

Chung said the pair met while living in student housing last year and moved into a two-bedroom house in Vancouver in January after talking about whether they would be compatible living together.

“I thought we’ll be a good match because we sometimes talked about our past roommates.”

But Chung said things quickly soured once both roommates were at home more starting in March.

She said she could often hear her roommate walking around the house and even vacuuming at two or 3 a.m.

In the end, Chung said the situation was affecting her mental health and she decided not to raise her concerns with her roommate, opting instead to give notice that she was moving.

“One of the things people do that puts them in a position where they’re more likely to disagree or be unhappy or have a conflict or, unfortunately, in some cases, just end those friendships or relationships, is they don’t talk about it at all.”

Figuring out what works for everyone in a shared space isn’t a one time conversation, Pitman said, adding that people should check in with each other regularly as they implement new routines and strategies.

“Every day might be re-evaluating the changes that you make together as roommates, partners or family members, and so the important thing is to let people say what’s not working.”

Such conversations are particularly hard for people who avoid conflict, said Pitman, and the pandemic could be an opportunity for individuals or couples who don’t like confrontations to start developing new approaches.