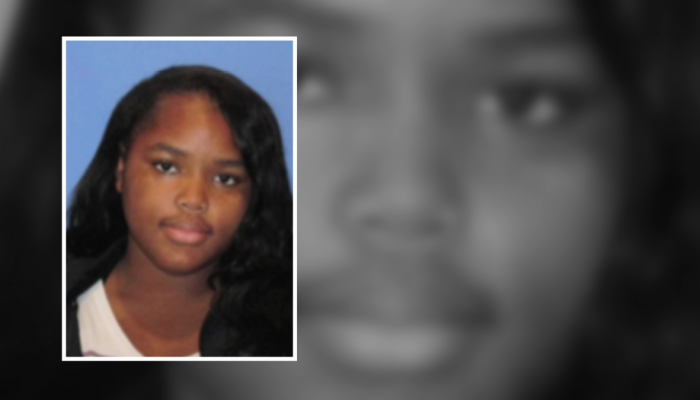 
Jameela Dirrean Emoni Barber, 17, had big plans. She was a junior at Lancaster High School, a member of the JROTC, a national honor society inductee and her mom said she participated on the yearbook committee.

“She was a special gift from God, this is a very, very tough loss. She had so much going on for her, her future was bright, so it’s terrible.”

The teen was set to graduate in 2021 and her goal was to attend college at Prairie View A&M. She wanted to become an interior design architect, but instead of planning for her future, Jameela’s family is planning for her funeral.

The 17-year-old tested positive for the coronavirus two weeks ago according to her mother. So did Jameela’s step-father and her older sister, who works in the medical field. Barber-Brown said her 28-year-old daughter who lives with them, was exposed to a patient.

“But at the same time, our daughter (Jameela), was exposed at her father’s home,” Barber-Brown said. She said Jameela, visited her father for Easter, but he did not appear to be sick at the time. She said later on he tested positive for the coronavirus and is currently in the hospital.

Inside Barber-Brown’s home, everyone has remained quarantined. She too tested positive.

“All of a sudden she got ill, fever, achy body, vomiting, stomach problems, diarrhea, the symptoms hit her within two day period time span,” Barber-Brown explained about Jameela. She said out of everyone she was experiencing the worst pain.

The mother of three took Jameela to the emergency room on Wednesday, April 22. She said after doctors ran several tests, they gave her medicine and sent her home.

Three days later, on Saturday March 25, the day started off as usual.

“I fed her breakfast, gave her something to eat, gave her her pills,” Barber-Brown recalls. “We were all just lounging around and she wanted to go take a shower, and the water kept running.”

“I had my oldest daughter (go), because they were quarantined on that side of the house, I had her go and check on her and that’s when we had to go call 911,” Barber-Brown explained.

Jameela was not responsive.

“It’s a nightmare, that’s what’s causing me not to be able to sleep at night is to see my baby’s lifeless body laying there, I didn’t know what to do we performed CPR, we called 911,” she said. “I kept telling the 911 operator, she’s not breathing, she needs the respirator, she needs the machine to breath, they came with no equipment.”

She said EMS performed CPR on her daughter, placed her in the ambulance and took her to the hospital.

Barber-Brown was only allowed inside because her daughter was a minor. After waiting, a doctor told her, Jameela didn’t make it.

“I had already prayed to God because just as a mother seeing her baby’s face, I could already tell something wasn’t, right, so I was already prepared for those words,” Barber-Brown said. “When they came to me, I just called out to God. I think I was just numb.”

She said her daughter was never sick before and didn’t have any other health issues, which is why she was surprised to hear what medical professionals told her contributed to Jameela’s death.

As doctors and scientists continue to learn more about the novel coronavirus, Barber-Brown hope’s her family’s loss serves as a reminder for people to take the virus seriously.

Barber-Brown is waiting for her most recent test result because she can’t fully plan her daughter’s burial and go to the funeral home until she’s negative.

“The funeral home is being very, very cooperative and they’re not going to charge any storage, but knowing that she’s embalmed, just laying there , down there waiting for me, to get healthy and start her funeral arrangements,” she said.

She said family and friends plan to have a balloon release for Jameela at 7 p.m. on May 1.. She said everyone will be in their cars or can release a balloon from their front porch.