Craven’s strict schedule, a measured pace from morning till night, doesn’t oppress her. It gives her hope — hope for a way back from the leaden fatigue, painful breathing, and relentless insomnia that have plagued her since a bout with COVID-19 in December. She has joined the ranks of the “long-haulers,” the estimated 10 to 30 percent of COVID-19 survivors who remain ill months after their infection, including many whose initial infection was mild.

Growing evidence suggests that brain and nervous-system problems are prevalent among long-haulers. A recent study of 100 long-haulers found that 85 had at least five neurologic symptoms, including “brain fog,” headache, numbness or tingling, loss of smell and taste, muscle pain, and dizziness. A bigger study out last week found that, among 236,379 COVID-19 patients, in the six months after infection, one-third were diagnosed with at least one of 14 psychiatric or neurologic disorders, ranging from depression to stroke.

Even the bodily troubles many long-haulers experience — such as a racing heart rate, gastrointestinal distress, and shortness of breath — may originate in the brain. One theory attributes these symptoms to malfunctions in the part of the nervous system that regulates involuntary actions, such as inhaling and exhaling or emptying the stomach.

The National Institutes of Health has dedicated $1.15 billion to studying the neurological effects of COVID-19 and established a “biobank” collecting data and biological specimens from COVID-19 survivors with neurological problems.

“We have to understand what tissues were injured in individuals and what the repair process is,” said Dr. Walter J. Koroshetz, director of the NIH’s National Institute of Neurological Disorders and Stroke. He described the pursuit as urgent: “We do expect, from what we know so far, that there will be tens of thousands of people who still have trouble weeks to months after the virus first infected them.”

Meanwhile, dozens of post-COVID clinics have sprung up around the country. Unable to treat the root cause of the long-haulers’ troubles — because no one knows what it is — these clinics tackle the symptoms one by one. Improve sleep. Ease anxiety. Build physical strength. Learn tricks to manage forgetfulness.

Craven sits in front of a light that mimics sunlight, one of the many things she uses to try and alleviate her lingering COVID symptoms.Jessica Rinaldi/Globe Staff

Craven, the school principal, sought help at Beth Israel Medical Center’s Critical Illness and COVID-19 Survivorship Program, which describes itself as the most comprehensive post-COVID clinic in New England, offering a broad group of specialists. Dr. Jason H. Maley, the director, said the program sees 10 to 15 new patients a week and is fully booked for months.

Craven found her way to Maley after her primary care doctor wasn’t able to help with the fever, aches, chills, burning lungs, and headache that kept returning each time she tried to resume her former life.

“I was terrified of not being able to be there for my school, my students,” she said. But she ended up in a recurrent cycle: when she felt better, she’d push herself to do more, only to crash for days afterward.

Maley, she said, explained that COVID-19 had thrown her into a “fight or flight” state; she needed to calm down and allow herself to “rest and digest.” He referred her to a sleep specialist, who recommended a series of “sleep hygiene” measures, such as avoiding naps, and a lightbox that bathes her in artificial sunlight for 20 minutes each morning.

For the burning sensation in her lungs, Maley referred her to the Stasis program of breathing exercises, taught online, which involve inhaling and exhaling in set cadences. Originally developed to treat stress in veterans, the system has been adopted by many long-haulers.

Despite Craven’s persistent difficulties breathing, there’s no evidence of damage to her lungs. It’s possible that injuries occurred in air sacs too tiny for standard imaging to detect, Maley said. But it’s also possible that the sensations result from faulty pain signals, which the breathing exercises might re-set.

After meeting with Maley, Craven mapped out her existence, listing all her activities and rating their physical and mental demands. She rearranged them into a manageable schedule.

“Now I know I can’t do a high-level mental activity for more than an hour. I take a break and I vary it with a different kind of activity,” she said.

She considers herself one of the lucky ones — still able to work, and with lots of support.

But Deb McDonnell, so far, hasn’t been able to return to work as an intensive care nurse.

On a recent afternoon, she picked up the phone at the appointed time. She’d left herself a note to expect a call from a reporter. But the 60-year-old had no recollection of having written that note just the day before.

A sign above her stove in her Watertown home reminds her to turn it off. She’s programmed Alexa to tell her what to do, and doesn’t go anywhere in her car without a GPS program directing her. When McDonnell went for her COVID-19 vaccine in January, she got lost in the hospital where she had worked for 32 years.

It was probably there, in the early days of the pandemic more than a year ago, that she caught the coronavirus and brought it home to her teenage daughter. They both were sick for two and a half months.

“We had all the symptoms — headache, diarrhea, nausea, vomiting,” McDonnell said. “We both lost our sense of taste and smell. Exhaustion — we couldn’t get off the couch.”

When McDonnell returned to work, she had a rude awakening. She couldn’t stay on task. Looking at her notes from the start of her shift, she could barely make sense of them. “It really started to scare me,” she said. “I was bursting out in tears at work.”

A colleague referred her to the neuropsychiatric clinic at Massachusetts General Hospital, where she underwent a battery of tests. Doctors prescribed steroids that helped with some of her symptoms. For her memory problems, she underwent “cognitive rehabilitation,” which McDonnell described as learning to manage her symptoms with tips and tricks — like the note over the stove. Mindfulness training helped with the stress.

Willing to try anything, she’ll soon start with speech and language therapy that, she said, will “work my brain and try to give it other pathways to get my memory back.”

But doctors say that people do get better — though it’s hard to know whether to credit the treatment or merely the passage of time.

How does COVID-19 attack the brain?

Dr. Tamara Fong, a cognitive neurologist at Beth Israel, said the long-haulers’ symptoms often resemble a post-concussion syndrome. But unlike with a concussion, it’s not clear whether the brain suffered a direct injury.

It’s also not clear whether the virus even enters the brain. But there is evidence it attacks the blood vessels that nourish the brain, causing damaging leaks.

Dr. Serena Spudich, an infectious-diseases neurologist who runs a post-COVID clinic at Yale, says the evidence points toward an ongoing immune-system activation as the likely cause of continuing symptoms. Long-haulers’ problems are similar to those seen in autoimmune disorders, she said.

Trouble sleeping is among the hallmark struggles of long-haulers, and may drive the other symptoms.

“If you don’t have restorative sleep, it’s impossible to feel energetic and do your daily work,” said Maley, of Beth Israel. “If we can restore sleep, it can have a huge impact.”

It’s important not to forget, as well, the critical role of emotions stirred during the traumas of the pandemic.

“For some people, COVID happened in the context of a major life disruption,” said Dr. Ginger Polich, a physical medicine and rehabilitation specialist who works with post-COVID patients at Spaulding Rehabilitation Hospital. “Lifestyles and habits differ. Exercise, sleep, mood and anxiety look different. All those things impact the body and recovery from injury or illness.’’

Anxiety and frustration over memory failures only make them worse, in a cycle of worry and dysfunction, she said.

Julie Craven, the school principal, is working to break out of such cycles. She goes through each day knowing she has a finite store of energy to parcel out with care. For now, she won’t attempt to increase the speed or length of her daily walks. Instead, she has been focused on gradually extending the time she spends in school, each week adding just 15 minutes, as the school prepares to resume full-time in-person teaching on April 28.

“I now have a story to tell myself about what’s been going on,” Craven said. “Telling that story lowers my anxiety, gives me emotional space, and allows me that path forward.”

Craven recently learned that she needs to step off that path for a rest. Her throbbing headaches have gotten so bad that on Friday she decided to stop working for two weeks.

“I’ve clearly just not done my brain any good as I solve all the problems around re-opening school,” she said in a text message to the Globe. She feels guilty, but added, “It’s obvious I can’t keep this up.” 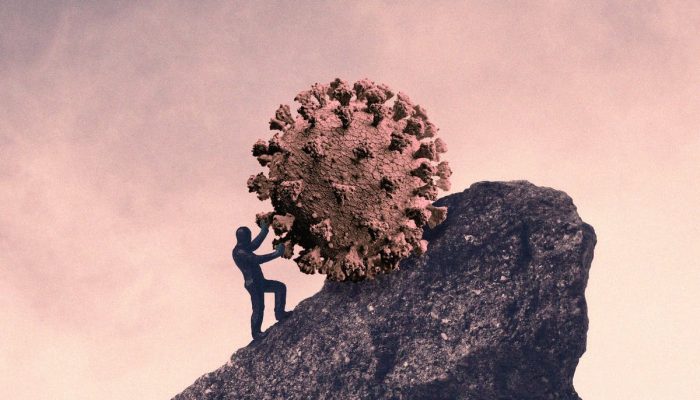 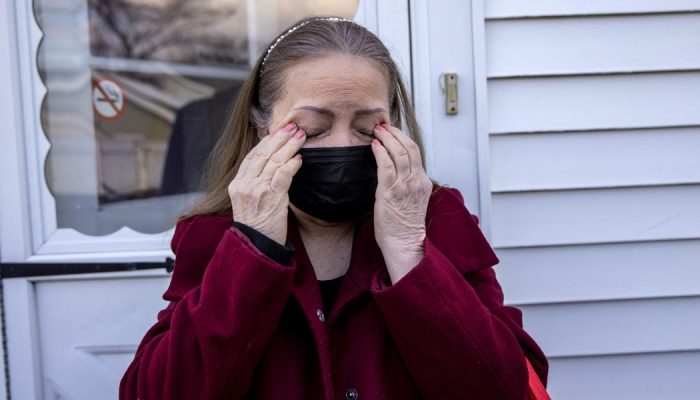