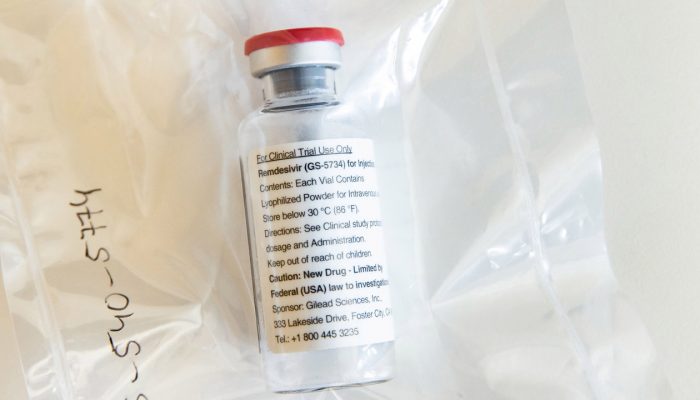 
New data suggests patients with severe COVID-19 who took remdesivir could recover faster than patients who didn’t take it, the National Institute of Allergy and Infectious Diseases said Wednesday.

“The data shows that remdesivir has a clear-cut, significant, positive effect in diminishing the time to recovery,” said the institute’s director, Dr. Anthony Fauci.

The data comes from a preliminary trial of the experimental drug. About 1,090 people participated in the trial internationally, Fauci said, calling it “the first truly high-powered randomized placebo controlled trial.”

Normally, data about a drug’s efficacy wouldn’t be released this early from a preliminary trial.

But “whenever you have clear-cut evidence that a drug works, you have an ethical obligation to immediately let the people in the placebo group know so that they can have access,” Fauci said.

The US Food and Drug Administration has not yet approved any drugs for the treatment of the coronavirus.

But the FDA plans to announce an emergency-use authorization for remdesivir, according to The New York Times. The authorization could come as soon as Wednesday, the Times reported, citing a senior administration official.

In a statement to CNN, the FDA said it is in discussions with Gilead Sciences, the maker of remdesivir, about making the drug available to patients.

“As part of the FDA’s commitment to expediting the development and availability of potential COVID-19 treatments, the agency has been engaged in … discussions with Gilead Sciences regarding making remdesivir available to patients as quickly as possible, as appropriate,” FDA spokesman Michael Felberbaum said in statement.

“Although a 31% improvement doesn’t seem like a knockout 100%, it is very important proof of concept,” Fauci said, “because what it has proven is that a drug can block this virus.”

He said the results are “opening the door to the fact that we now have the capability of treating” coronavirus.

But the World Health Organization said it’s too early to comment on the remdesivir trial results released Wednesday.

“Typically, you don’t have one study that will come out that will be a game changer,” said Dr. Maria Van Kerkhove, the WHO’s technical lead for the coronavirus response.

She said the agency generally pulls together evidence from several studies before reviewing and critiquing the evidence.

“It can sometimes take a number of publications to determine (what) the ultimate impact of a drug is,” said Dr. Mike Ryan, executive director of the WHO’s health emergencies program.

About the Author: Brian Dulle