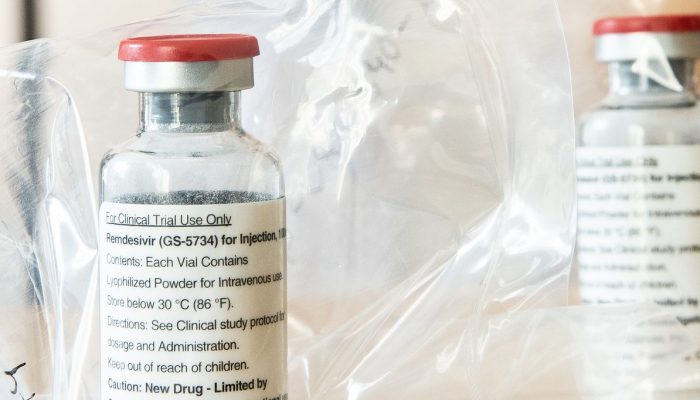 
The Food and Drug Administration on Friday granted an emergency use authorization to Gilead Sciences Inc.’s remdesivir, a decade-old experimental therapy first tested on Ebola disease patients, as a COVID-19 treatment.

President Donald Trump announced the news just as the markets closed Friday afternoon at the White House. The authorization means that the drug can be used by hospitalized patients with suspected or laboratory-confirmed cases of COVID-19 outside of clinical trials or on a compassionate use basis.

Gilead Chief Executive Daniel O’Day on Thursday night told investors during an earnings call that talks with the FDA about an emergency use authorization, or EUA, or other formal approval had intensified in the last 48 hours. “There’s a big sense of urgency,” he said, according to a FactSet transcript of the call. “We think the FDA will move quite quickly.”

Read: Gilead expects to spend up to $1 billion on coronavirus drug this year, will donate 1.5 million vials

The antiviral drug has been widely considered a front-runner in the rush to find viable treatments for a disease that has sickened more than three million people worldwide and killed at least 220,000, according to data aggregated by Johns Hopkins University. It is the first new drug to get an EUA, a type of authorization that the FDA is using during the pandemic. The regulator in March authorized chloroquine and hydroxychloroquine to be repurposed for some COVID-19 patients though both drugs have previously been approved to treat other diseases, like malaria.

Investors and clinicians have been paying close attention to the snippets of study data about the antiviral drugs, sending the company’s shares up or down depending on the day.

Though experts have had mixed responses to the clinical findings so far, it’s clear that demand is high. There are no proven treatments for infections caused by the coronavirus, making it difficult for the nation’s health-care workers to care for the patients who end up in their emergency rooms and intensive care unit beds.

There’s also an economic angle. The market has been swinging in response to remdesivir data, driven by the investor stance that a proven treatment, even more so than vaccine, would support the prospect of an economic rebound for the U.S., which is thought to be headed for a recession due to the COVID-19 pandemic.

Gilead began developing remdesivir in 2009. It was later tested as a treatment for Ebola, severe acute respiratory syndrome (SARS), and Middle East respiratory syndrome (MERS), among other diseases. The company said it began providing doses of remdesivir to the China Centers for Disease Control and Prevention & Prevention in January when the coronavirus outbreak there began to worsen. By February, the investigational therapy had been moved into a number of clinical trials in the U.S. and abroad, including one conducted by the National Institute of Allergy and Infectious Diseases (NIAID).

That trial has been the one to watch, primarily because it had a placebo arm and two of the Gilead-sponsored trials do not. A preliminary data analysis released this week by the federal research agency found that the drug improved recovery times in COVID-19 patients — the median time to recover in that group of patients was 11 days — compared with 15 days in those patients taking placebo.

Though government officials including President Trump and Dr. Anthony Fauci, the NIAID director, have talked up the results, with Fauci saying remdesivir would become the standard of care in the treatment of COVID-19 patients, other medical experts have been more measured in their responses to the clinical-trial data.

“Remdesivir is an efficacious drug beyond recovery time (but not a miracle, or extremely potent one),” Dr. Eric Topol, director of the Scripps Research Translational Institute, tweeted this week

Half a dozen clinical trials testing remdesivir in COVID-19 patients have been launched since Chinese authorities first identified the virus late last year, according to ClinicalTrials.gov. However, two clinical trials in China have since been halted, and a medical study, published Wednesday in The Lancet, found that one of them, a randomized, double-blind, placebo-controlled, multi-site trial, didn’t report “statistically significant clinical benefits” in patients taking remdesivir. One positive finding was that remedesivir patients did have faster recoveries, though researchers urged confirmation studies.

During Gilead’s Thursday earnings call, which was monopolized by remdesivir questions, Chief Financial Officer Andrew Dickinson said the company may spend up to $1 billion in 2020 developing the drug.

“Under the emergency-use authorization, one could charge for the product,” CEO O’Day told investors on the earnings call. “We made a decision, as you know, to donate 1.5 million vials, which is the entirety of our supply through the early summer.” The vials encompass 140,000 10-day treatment courses. O’Day later said during the call that donating the investigational therapy “is the right thing to do at this time.”

Analysts later stressed their concerns about the company’s lack of clarity about revenue generation for a drug brought to market under emergency powers during a global pandemic with huge public health implications.

Raymond James’ Steven Seedhouse, one of at least three analysts to downgrade Gilead stock after the earnings call, cited the drug’s minimal impact on COVID-19 patients and the company’s unclear path to profitability for the drug. “It’s not clear to us if remdesivir will be used much in COVID beyond the initial 1.5M donated doses or beyond this near-term panic phase of the public health crisis,” he wrote.

“Remdesivir has been a big sentiment boost for GILD (if not the entire market) and the company should be commended for its efforts in so quickly addressing this public health emergency, but we still feel it’s unlikely to result in tangible long-term cash flows,” J.P. Morgan analysts told investors when they downgraded the stock.

SVP Leerink’s Geoffrey Porges, however, expects that Gilead will establish a business model for remdesivir. “The allocation process is likely to be challenging, controversial and ultimately highly political,” he wrote, “and once Gilead starts charging for the product we expect calls for the exercise of march-in rights and compulsory or no-cost licensing to become louder.”

Some lawmakers, including Reps. Lloyd Doggett, a Texas Democrat, and Rosa DeLauro, a Connecticut Democrat, have already raised questions about taxpayer investment in remdesivir. “The public deserves an accounting of what taxpayer investment enabled this hopeful COVID-19 treatment,” they wrote in an April 30 letter.