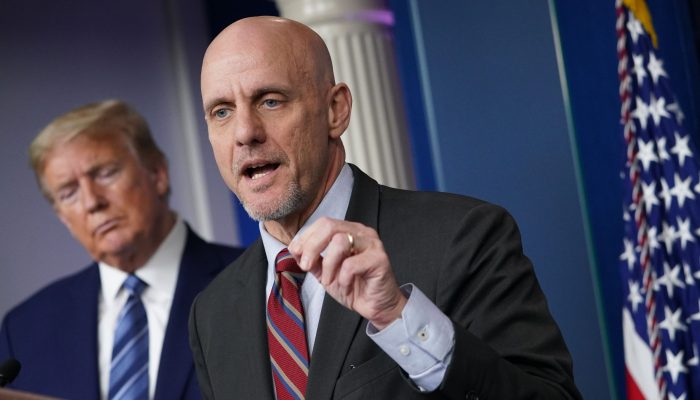 The Food and Drug Administration has ongoing clinical trials for 72 drugs to treat COVID-19, therapeutics that aren’t a cure, but which will treat the symptoms of the disease, FDA Commissioner Dr. Stephen Hahn announced Friday.

“When it comes to therapeutics, we are leaving no stone unturned in finding treatments for COVID-19,” Hahn said at the daily White House press briefing.

“You do know that we don’t have any currently approved therapeutics for COVID-19,” Hahn said. “But we are actively involved in both the academic and the commercial and private sector to find those. Seventy-two trials of therapeutics are underway in the United States under FDA oversight, and 211 are in the planning stages.”

>>> When can America reopen? The National Coronavirus Recovery Commission, a project of The Heritage Foundation, is gathering America’s top thinkers together to figure that out. Learn more here.

He said the government anticipates it will be seeing more.

Therapeutics are expected to offer a bridge for treating the virus until there is a vaccine, which likely will take more than a year.

“The first at-home COVID-19 test kit just got approved,” Trump said. “… The FDA has been incredible.”

Hahn said that the Burlington, North Carolina-based LabCorp, with a doctor’s supervision, will be mailing the test kits out.

“The patient can perform the self-swab, and then mail it back and get the results … all under the guidance of a licensed physician,” the FDA chief said.

“A bit of context: You may recall that one month ago, all of the testing that had been done in America, 80,000 Americans had been tested,” he said. “But, as of this morning, 5.1 million have been tested for the coronavirus.”

Pence said testing will continue to accelerate, and that will automatically mean more confirmed cases.

As of Friday afternoon, there were 890,524 cases of the coronavirus in the United States, and 51,017 deaths, according to Johns Hopkins University, which has the most up-to-date numbers.

Trump, a frequent critic of foreign aid, demonstrated that with a surplus of ventilators, America will help supply other countries.

About the Author: Fred Lucas