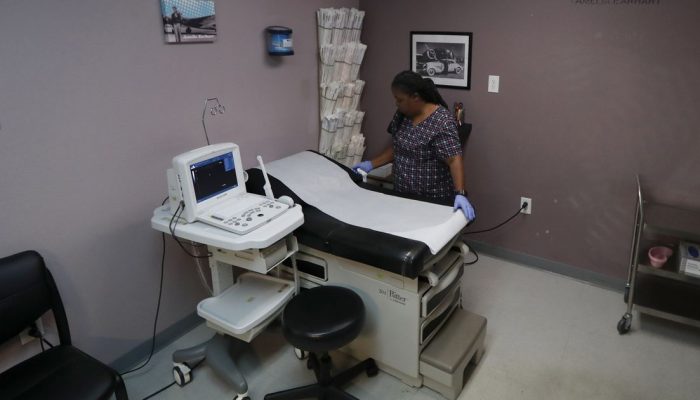 This is a developing story. Check back for updates.

AUSTIN — A federal appeals court is once again allowing Texas to ban most abortions, including those induced by medication, under a gubernatorial emergency executive order.

In the latest development in a heated lawsuit, the 5th Circuit Court of Appeals on Monday overturned a temporary restraining order from U.S. District Judge Lee Yeakel that had allowed certain abortions to resume in Texas during the coronavirus pandemic.

The 5th Circuit’s latest ruling only blocks the state from punishing abortion providers for serving women who would be past Texas’ gestational limit by Wednesday, when an emergency order from Gov. Greg Abbott for nonessential medical procedures was set to expire. Last week, Abbott extended the order with some modifications through May 8.

This is the third time the court blocks an order from Yeakel, a Republican appointee who has granted abortion providers two temporary restraining orders allowing them to offer abortions. After the 5th Circuit threw out his first order, Yeakel issued a more limited one on April 9.

But Circuit Judges Jennifer Walker Elrod and Kyle Duncan, both Republican appointees, said on Monday that Yeakel’s second temporary restraining “second-guessed the basic mitigation strategy” of Abbott’s executive order aimed at “flattening the curve,” or preventing the spread of the coronavirus.

Yeakel also issued the order without first establishing whether abortion procedures require masks and other personal protective equipment needed by hospitals, they said.

“Those errors led the district court to enter an overbroad TRO that exceeds its jurisdiction, reaches patently erroneous results, and usurps the state’s authority to craft emergency public health measures ‘during the escalating COVID-19 pandemic,” they wrote in the majority opinion.

The 5th Circuit had previously granted abortion providers a victory, allowing them to perform medically induced abortions, as the lawsuit proceeded. But Elrod and Duncan took that undid that order on Monday.

“There is no constitutional right to any particular abortion procedure,” they wrote.

Abortion providers have argued this early-stage option, in which physicians administer pills to patients in person after completing other state requirements, should not be banned during the pandemic because it doesn’t require much medical gear.