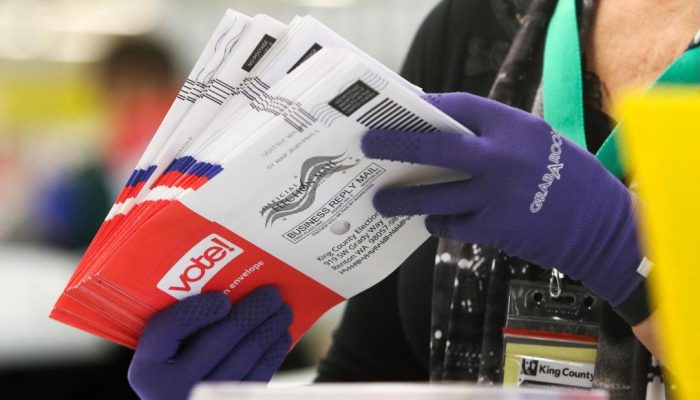 District Judge Fred Biery ruled that the “disability” provision in the state’s vote-by-mail election code applies to all registered voters who “lack immunity from Covid-19 and fear infection at polling places.” Texas’ election code defines “disability” as “a sickness or physical condition that prevents the voter from appearing at the polling place on election day without a likelihood of needing personal assistance or of injuring the voter’s health.”

“The Court finds such fear and anxiety is inextricably intertwined with voters’ physical health. Such apprehension will limit citizens’ rights to cast their votes in person. The Court also finds that lack of immunity from Covid-19 is indeed a physical condition,” Biery said in issuing his ruling.

The ruling is in effect until the case goes to trial or the pandemic subsides, Biery wrote.

The decision comes as voting becomes a flashpoint in the coronavirus pandemic. Democrats have pushed for additional access to mail-in voting as Americans are increasingly nervous about going to the polls in person — states that held in-person primaries during the initial weeks of the outbreak saw drastically reduced voter turnout — but Republicans, including President Donald Trump, have resisted those calls due to fears over voter fraud.

In Texas, the ruling is the latest in a legal battle in both federal and state courts between the Texas Democratic Party — which argues that amid the pandemic people shouldn’t have to choose between their right to vote and their health — and the state, which argues that election officials are “misapplying” Texas’ “disability” requirement for absentee mail-in voting.

The ruling also addresses Democrats’ request to increase access to mail-in voting to those younger than 65, who currently have to provide an excuse. Texas law requires that those under the age threshold provide an excuse — either a disability or that they will be out of the county or confined — when applying for a mail-in ballot. The “disability” provision will now extend to these younger voters.

Texas Attorney General Ken Paxton, a Republican, has argued that the expanded application of a “disability” could lead to voter fraud.

“Today is a victory for all Texans. The right to vote is central to our democracy. This ruling means eligible voters can vote by mail during this pandemic. It is time for a few state officers to stop trying to force people to expose themselves to Covid-19 in order to vote,” said Gilberto Hinojosa, chairman of the state’s Democratic Party, in a news release Tuesday.

The next election date in Texas is July 14, for a primary runoff. The last day to apply for a mail-in ballot is July 2.

Paxton filed an appeal of the ruling Tuesday night, “seeking immediate review” of the decision.

“The district court’s opinion ignores the evidence and disregards well-established law. We will seek immediate review by the Fifth Circuit Court of Appeals,” Paxton said in a news release.