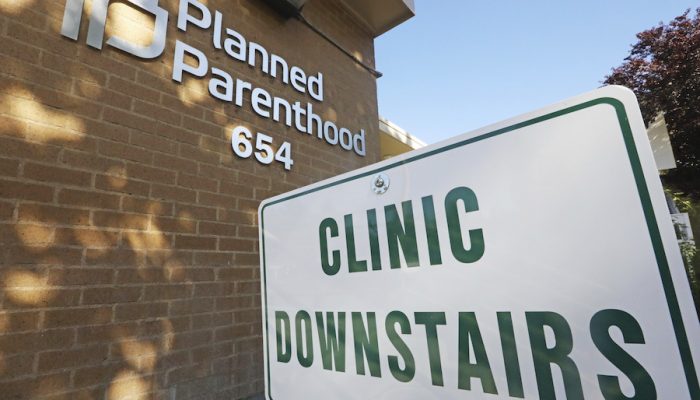 “The concept of ‘flattening the curve’ has become all-too-familiar during the pandemic: as applied to GA-09, it means that delaying procedures now may prevent short-term exhaustion of critical medical resources,” the 26-page opinion states. “This is one stated goal of GA-09: it does not prohibit non-essential procedures, it delays them. As its findings show, however, the district court preferred to second-guess this strategy.”

The majority disagreed with the lower court’s conclusion that delaying abortions would not conserve medical supplies, saying “that is not a policy choice judges are permitted to make during a public health crisis, if ever.”

Planned Parenthood of Greater Texas and other abortion providers sued Abbott and Paxton on March 25, claiming the governor’s March 21 executive order banning nonessential surgeries and abortions violates their equal protection and due process rights under the 14th Amendment.

Abbott’s order seeks to preserve personal protective equipment and hospital beds during the coronavirus pandemic by banning “routine dermatological, ophthalmological, and dental procedures, as well as most scheduled healthcare procedures that are not immediately medically necessary such as orthopedic surgeries or any type of abortion that is not medically necessary to preserve the life or health of the mother.”

The plaintiffs took issue with a press release issued by Paxton that singled out nonemergency abortions as violating the order. He threatened violators with up to $1,000 in fines or 180 days in jail. They claim little to no personal protective equipment is used for medication abortions, among other procedures.

Yeakel — an appointee of President George W. Bush — first blocked Abbott’s order on March 30, concluding it effectively bans all abortions before viability and is inconsistent with U.S. Supreme Court precedent.

Abbott and Paxton appealed and the same three-judge Fifth Circuit panel sided with Texas, lifting Yeakel’s order with a 2-1 decision on April 7. An identical majority then concluded that “drastic and extraordinary” action of banning abortions is necessary in spite of the Supreme Court’s protection of abortion rights.

He agreed with the plaintiffs that personal protective equipment is not required for many of the tasks involved with performing an abortion and none are needed for medication abortions or required abdominal ultrasound examinations.

Abbott and Paxton then appealed to the Fifth Circuit a second time, claiming Yeakel’s insistence on blocking the ban shows a “lack of respect for the rule of law.” The same 2–1 majority reinstated the ban on April 10, but this time the panel including an exception allowing surgical abortions for pregnancies near the state’s 22-week limit on legal abortions. Four days later, the majority declined Texas’ request to halt medication abortions as it considered the state’s latest appeal.

“Unbelievable,” she tweeted. “If @GovAbbott *really* cared about the health and safety of Texans, he wouldn’t be forcing people to leave their homes, drive hundreds of miles, and endanger themselves (and others) JUST to access time-sensitive care.”

Johnson criticized the two majority judges for releasing their opinion without the pending dissenting opinion, implying they were in a hurry to ban abortion again. The lone dissenter is U.S. Circuit Judge James L. Dennis, an appointee of President Bill Clinton.

“I guess checks and balances are just inconvenient when it comes to denying time sensitive healthcare,” she tweeted.

Paxton said he is pleased with the Fifth Circuit’s latest ruling in the case.

“Without exception, Texans must continue to work together to stop the spread of COVID-19,” he said in a written statement. “Governor Abbott’s order ensures that hospital beds, supplies and personal protective equipment remain available for the medical professionals on the frontlines of this battle.”

With the Fifth Circuit’s latest order, the only abortions performed in the state of Texas will be surgical procedures for patients who, based on a physician’s judgment, would be past the 22-week legal limit for an abortion in Texas on April 22, 2020.

Abbott’s order will expire on Tuesday, April 21. A new order will go into effect one day later, allowing surgeries in a hospital if it can certify in writing that it will reserve a certain capacity for Covid-19 patents and will not use personal protective equipment from any public source.

The American Civil Liberties Union of Texas said “there is no reason to believe” abortion clinics will not be allowed to use this certification process.

The latest reinstatement of Abbott’s order comes three days after a group of Fort Worth oral surgeons sued the city and two abortion clinics in Tarrant County District Court, demanding the city impose its own ban on abortion procedures with an exception for cases where the mother’s life is at risk.

Lead plaintiff Gregory B. Scheideman disputes the city’s current stay-at-home order, claiming it “allows an illegal medical procedure (abortion) to continue while prohibiting lawful procedures such as dentistry, oral surgery, and orthodontics during the COVID-19 pandemic.”

The doctors claim their practices are being discriminated against by being closed under the city’s order while abortion providers are still open. They seek a temporary restraining order for violations of the Texas Constitution, claiming the abortion clinics are “selfishly” using personal protective equipment during a time of crisis.