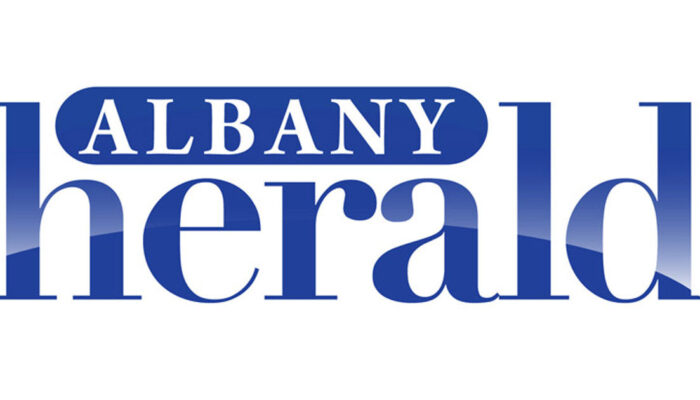 
Lauren Nichols’ battle with Covid-19 began early in the pandemic, when resources were scarce and experts debated whether the US would have to ration care. It was a burden she felt personally as she worried about what a trip to the doctor could mean for someone else.

“The guilt came on very quickly. I felt like if I were to go get help for myself because I was still having worsening symptoms and wasn’t getting better, that I was robbing someone else of their ability to get care,” Nichols, 33, said. “And for me, that ended up developing further into me feeling like why am I even alive.”

Over the next year, Nichols’ fight with the lingering symptoms known as “long Covid” meant more doctor visits. And with it, even more guilt. It’s a symptom that mental health experts refer to as survivor’s guilt — when someone feels guilty for having survived a traumatic incident that others did not. They may wonder what they could have done differently, or feel helpless and ruminate over their decisions. And it may be part of the mental health crisis that experts have warned is coming.

More than 600,000 lives have been lost and more than 33 million people infected with Covid-19 across the US. For every death, there are many more in mourning, some of whom may be feeling this same sense of guilt.

“We see (survivor’s guilt) when there are pandemics, such as Covid,” according to Dr. Nadine Kaslow, professor of Psychiatry and Behavioral Sciences at Emory University School of Medicine. “It can happen for people who feel guilty that they survived when other people didn’t.”

After Nichols’ battle with Covid-19, she said she became first apathetic and then suicidal. Prior to getting sick, she was an athletic person with an optimistic outlook. She loved hiking and swimming, and walked six miles to and from work each day in Massachusetts. But that life seemed far away now, and she felt her fears weren’t heard over not getting better.

Nichols turned to Body Politic Covid-19 Support Group, where she is an executive board member and administrator, to share her experience and help educate others on the connection between long Covid and survivor’s guilt.

“I did this as a way to help myself, to help other people not be in my shoes, and for them to not have guilt as well,” she said.

CNN spoke to members of the support group battling survivor’s guilt as they try to overcome long Covid. They reflected on their journey and how we can heal from the trauma of a pandemic not seen in 100 years.

She was spared twice

Kelly, 33, was also a first-wave patient. She asked that her full name not be used because of the stigma attached to mental health issues. She fell ill in March 2020 and like many others, didn’t have access to testing. When her symptoms worsened, she went to a hospital in New York state where she was told she had Covid-19.

“I would say the guilt began the day I was denied admittance into the hospital. I had never been so ill in my life. I could hardly breathe, I couldn’t talk without coughing, my entire body hurt — yet I was considered well enough to ride it out at home,” Kelly said.

“I cried, I mourned for my old life and immediately felt the guilt pour in. I would tell myself, ‘At least you can get up. At least you can breathe on your own. At least you are home and able to be with your son.’ I would constantly diminish my hurt and pain because I felt someone always had it worse,” she added.

Survivor’s guilt is not a formal psychiatric diagnosis but is often considered a symptom related to post-traumatic stress disorder, according to Kaslow.

“Oftentimes, people end up feeling like the world is just not safe. It’s not fair. ‘Why did they die and I didn’t die? Why did I recover and they didn’t?'” she said.

Survivor’s guilt can also cause physical problems, such as having trouble sleeping and social isolation. For some, the distress becomes so severe they wonder if their lives are worth living.

“They feel they did something wrong by merely surviving,” Kaslow said.

Although Kelly recovered from her immediate battle with Covid-19, her health took a turn for the worse last fall.

When she was rushed to the hospital and put on stroke alert, she thought she was going to die. But when she got better and went back home, the guilt came flooding back.

“I think this is when the guilt became intense. I was spared twice? I escaped the death grip of this awful virus twice? Why? What made me so special?” she said.

Kelly had plans of moving to study Radio-Television-Film at the University of Texas at Austin last fall. But after her health declined, she had to defer. Now, she says her plans are postponed indefinitely, as she still doesn’t feel well enough.

“I am still struggling. Whenever I make progress with my long Covid symptoms, I hesitate on sharing them, because I am so privileged to be here with access to medical care,” she said.


Success! An email has been sent to with a link to confirm list signup.


Error! There was an error processing your request.

Kelly said she also feels suicidal at times, and worries she is not being a good mother to her son. But she’s found comfort in joining the online support group, where she met others in a similar situation. And her fiancé has been a great source of support, she said.

“I just don’t understand why so many people had to die, and why I was spared numerous times. If I become successful at anything after this, it’s just rubbing it in to those who didn’t even get to say goodbye,” Kelly added.

For Kelly, Body Politic has been a place to connect with survivors of Covid-19 to help normalize their experience. The online support group aims to create a safe space for discussion, promoting love and compassion to help those on their road to recovery. And for Nichols, being an admin of the group has helped her combat the isolation some may feel while grappling with survivor’s guilt, “for them to not go through what I was going through.”

‘How on earth am I still alive’

Erica Tyre, 38, from California was also part of the first wave of Covid patients in the spring of 2020.

She said after the first month of being excessively tired, she wondered why she wasn’t feeling better. While she was still bedridden, she saw stories of people younger and healthier than herself dying. Many of them had kids, some were health care workers.

“It started little conversations in my head, ‘How on earth am I still alive, when nurses and doctors are dying? I’m a chronically ill woman, no kids, and now am unemployed.’ And that’s when the guilt and shame and questioning my worth really started,” she said.

Tyre has battled chronic health issues for decades, she said, and after some time began to doubt her long Covid experience.

“I started to question my sanity. Maybe I’m just making it up? Maybe I’m having a break with reality and I’m not actually that sick?” Tyre said.

Before she got Covid-19, Tyre worked as a nanny. When she fell ill, she stopped going to work temporarily. But as time passed and she didn’t get better, she eventually quit her job and says she hasn’t been able to work since.

“It was quite a mental roller coaster, lying in bed, listening to my lungs bubble with every breath I took, feeling the absolute fire within my chest, seeing my low oxygen numbers, and then wondering if I was going crazy,” she added. But now she feels better after having sought help with a therapist and online support groups.

Sometimes long Covid patients try and push through their symptoms and keep working to make ends meet, according to Dr. Jeffrey Siegelman, associate professor with the Department of Emergency Medicine at Emory University School of Medicine and a Covid long-hauler himself.

“I’m very sensitive to that. And really what I can do to help them is first validate their symptoms, and let them know that this is a real thing, that they’re not alone. And then, help connect them with the next step of care,” he said.

Self-compassion and community support is needed to heal

Kaslow tells patients it’s OK to talk about feelings of guilt. And it’s much better than isolating themselves.

“I encourage them to connect with people,” she said. She also tells them to reach out to support groups.

Joining a community or group is very helpful for those suffering from long Covid, Siegelman said, as they meet others in similar situations. He said online support groups, like Body Politic, also help Covid-19 long haulers get the help they need.

“I often see just a huge sigh of relief when people understand that they’re being understood,” Siegelman added.

There are multiple trajectories for survivor’s guilt — it can diminish over time or dissipate completely, or it could persist over a long period of time and even get worse, according to Kaslow. She advises those who have loved ones suffering from survivor’s guilt to display compassion, kindness and acceptance, to encourage them to be open and share their thoughts, and check in on them regularly to see how they’re doing and listen to their concerns.

“I think self-compassion is critical with this,” Kaslow added. “It’s really the key.”

About the Author: Albany Herald