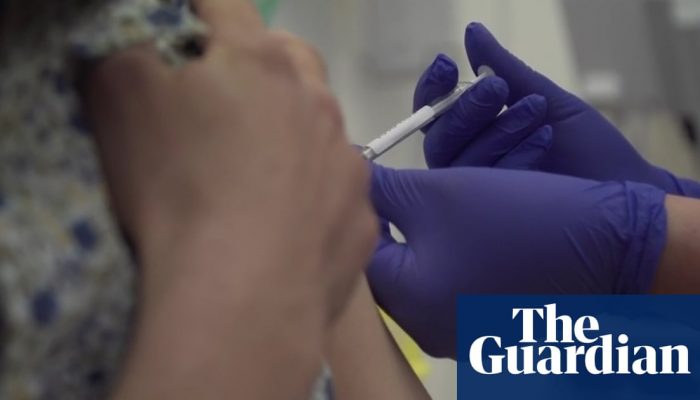 
Many companies and institutions are in a race to develop a coronavirus vaccine. Here are some of them:

Moderna’s mRNA-1273 vaccine candidate was the first to enter clinical trials, just eight weeks after the genetic sequence for Covid-19 was published in January. On Monday, the US biotech company said interim data from a phase one trial involving 45 people found it produced Covid-19 antibodies in all participants, including at low doses, at similar or higher levels to people who had actually contracted the virus. It said it was “generally safe and well tolerated” by the triallists. It also found that mRNA-1273 provided full protection against viral replication in the lungs in a mouse challenge model.

The Chinese company CanSino Biologics has become the first contender to move its candidate vaccine – Ad5-nCoV – into a phase two clinical trial, which is taking place in Wuhan. However, CanSino, which is working with the medical sciences arm of the People’s Liberation Army, has not published detailed results of the phase one trial, saying only that it was moving to phase two based on “the preliminary safety data” from phase one, which involved about 500 people.

The university’s ChAdOx1 nCoV-19 is being tested on more than 1,000 volunteers aged between 18 and 55 in a phase one trial which began last month. A pre-print – a research paper which has not yet been peer-reviewed – on the vaccine’s efficacy in rhesus macaques, published on Monday, found that it did prevent them from getting the disease (pneumonia) but did not protect them from the infection, creating concerns that, if replicated in humans, it would mean it would not be able to prevent transmission to others. The results from the human trial could be available this month. AstraZeneca, the Cambridge-based pharmaceutical group, has teamed up with Oxford University to manufacture and distribute the vaccine if the trials show it is effective.

Imperial is developing a vaccine in a form that has not been tested before in people, leaving it behind some of the other contenders which have skipped animal studies because their technology has been previously used on humans. The team, led by Prof Robin Shattock, has been testing with animals since early February and is due to begin human trials in June. It initially received £22.5m in government funding and on Sunday it was announced that it had been given an additional £18.5m which it hopes will enable it to launch phase three clinical trials later this year. However, Shattock cautioned on Monday that it is highly unlikely a vaccine in the UK will be available for use by September.

The US biotech company Inovio has existed for four decades without developing an approved product but its stock soared after it started its trial last month. It says its INO-4800 candidate vaccine resulted in promising immune responses in preclinical models. The company has enrolled 40 healthy people for its phase one trial. It is hoping it could advance to phase two/three efficacy trials this summer. The company has received a total of $17.2m (£14m) in grants from the Coalition for Epidemic Preparedness Innovations for the vaccine.

About the Author: Haroon Siddique