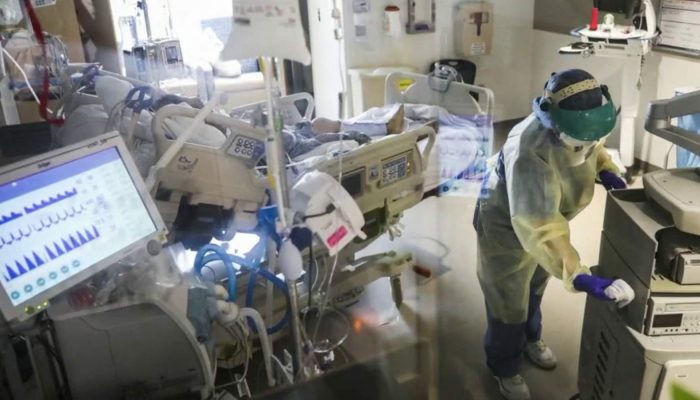 SAN ANTONIO – Doctors at University Hospital have launched an aggressive testing campaign of new drugs and treatments they hope will help them create a cocktail for COVID-19 cures in the future.

According to Dr. Diego Macelli, medical director of respiratory therapy at University Hospital, the repertoire for hospitalized treatment includes five drug approaches. Some are new, some are old and some are being repurposed in a new format. Each drug has properties that when used in concert or at times alone, they can reduce the worst effects of the virus and its complications. Those complications include a remarkable increase in body inflammation in major organs, which can lead to organ failure and ultimately death.

One of the drugs being tested is tocilizumab, an older rheumatoid arthritis drug that has an effect on a special type of inflammation in a COVID-19 infection.

“We try to bring down inflammation, very targeted in the patient’s body, to try to prevent the complications from happening,” Macelli said.

The other rheumatoid arthritis drug being tested is hydroxychloroquine. The drug’s usefulness is being debated in the United States because it has shown promise in some studies but less promise in others. Although it’s widely used to reduce inflammation in immune disorder patients, the side effects range from headache to gastrointestinal distress.

“There’s some concerns, and there’s emerging literature that these patients may have more side effects than benefits,” Macelli said.

One drug being tested at University Hospital that has not been thrown in the spotlight is remdesivir, which is in a double blind study that doctors hope will shed light on how to knock COVID-19 out entirely. Remdesivir is an anti-viral drug that has been effective against other virus epidemics because it attacks a specific piece of machinery within the coronavirus that stops its ability to grow.

“You want to prevent us from knowing what the patients are getting it. Obviously, the patients don’t know either. So that we can formally, without biases, understand, relieve it helped or not,” Macelli said.

To round out this cocktail of drugs being tried at University Hospital, doctors are now learning that the high number of strokes they are seeing from younger patients is actually the result of COVID-19’s tendency to cause blood clots. Anti-coagulents are now regularly being administered along with high dose steroids, that again, attack the intense inflammation patients must survive.

“Our colleagues from China, Italy, Spain and New York have noticed that the patients, these patients, tend to be prone to having clots in their body,” Macelli said.

At the end of the day, the toughest part for doctors is trying to discern which drug or drugs made the greatest impact on a recovering patient. Obviously, it will be sorted out later when the test data is compiled and analyzed. In the meantime, the doctors are simply asking for patience and dedication from the public to make their jobs easier.

“There’s definitely some glimmers of hope for these patients. The key for success for San Antonio and Texas and really the whole world is to continue to practice social distances,” Macelli said.